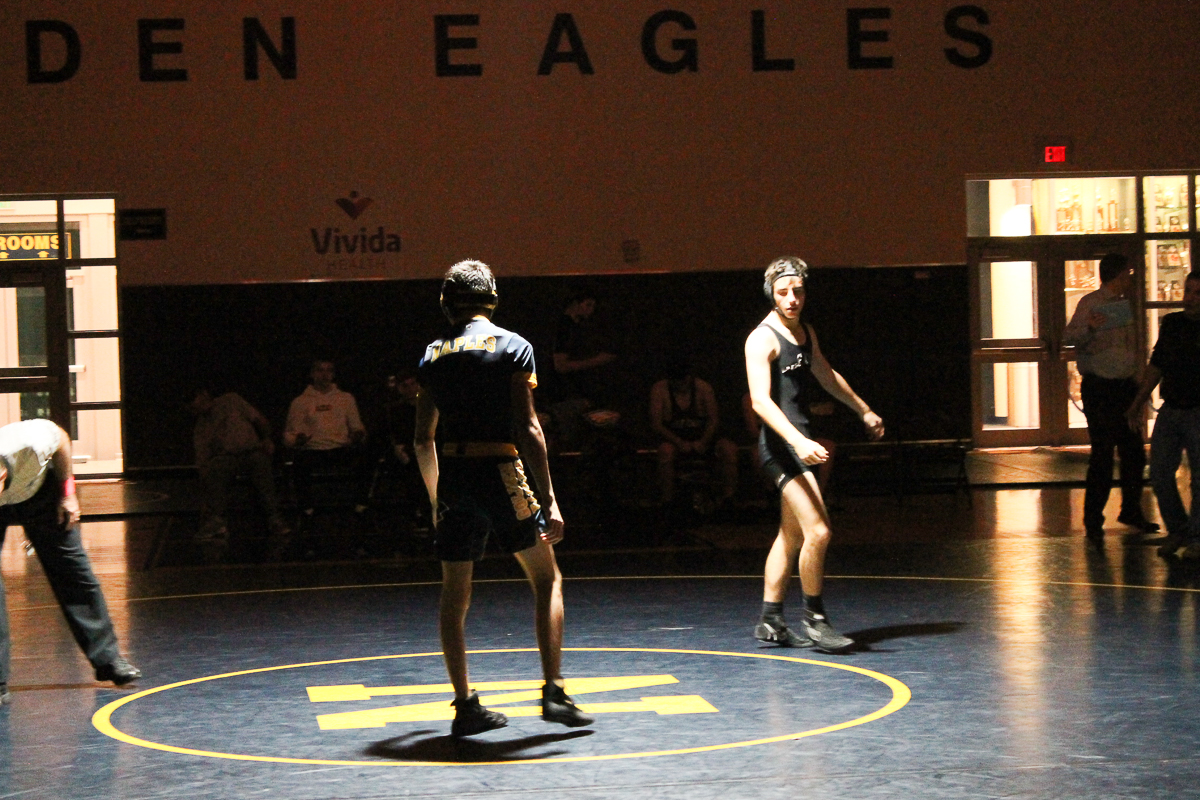 There were only five matches of the night, with Naples winning all of them.

The Golden Eagles were led by Charlie Sonalia with a 32 second pin. Senior Calvin Sonalia dominated his opponent, scoring 14 points before getting the pin in the second period.

The varsity squad heads off to South Ft. Myers for the district tournament next weekend.