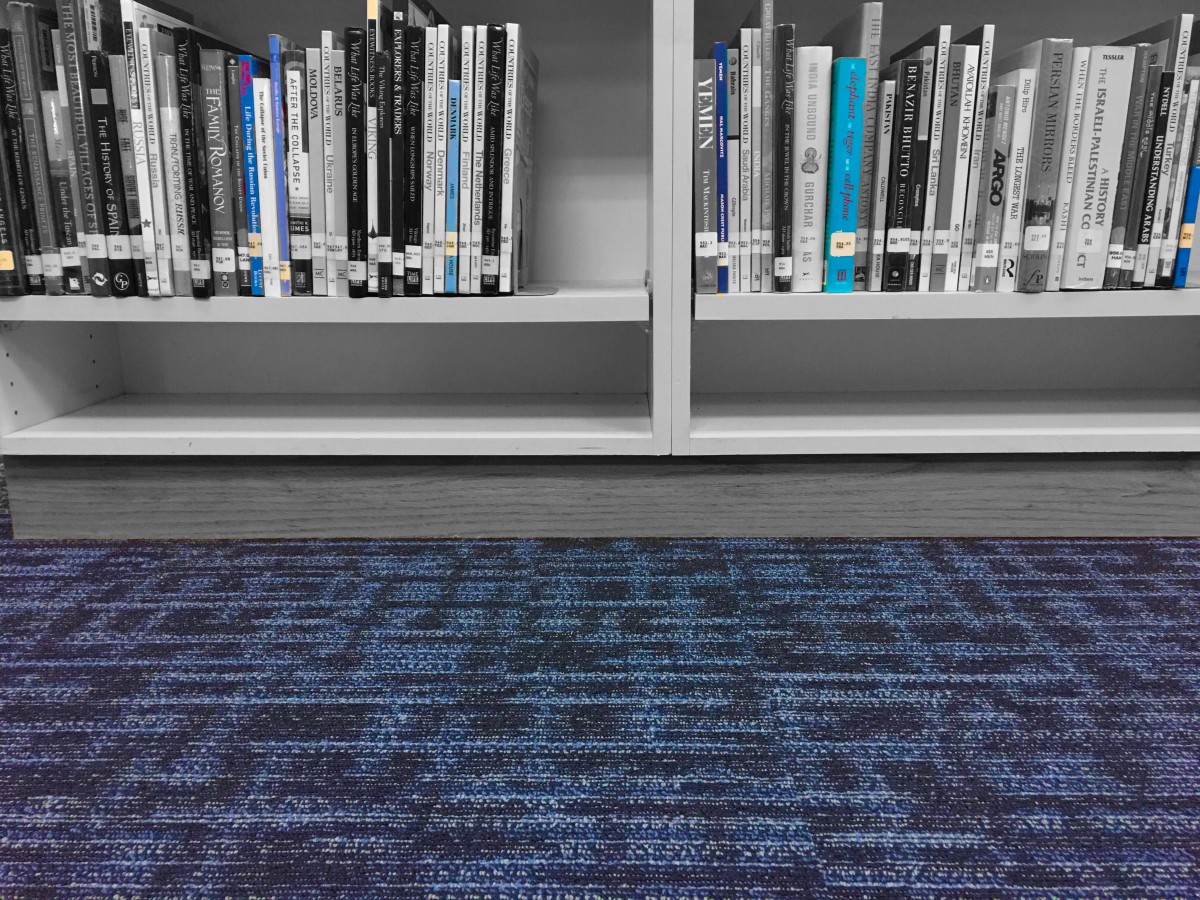 The media center was hardly recognizable prior to school letting out for summer as it sat with barren shelves and stacks upon stacks of boxes. However, upon returning to campus this year, students might have noticed a media center that was a little brighter, better, and bluer. Over the summer the school’s media library had a slight makeover to its carpets.

Every book was packed away and gone, which is not something that is normal in a library. Even the empty bookshelves had to be picked up and put away in order for the media center to be prepared.

It has been ten years since the media center at Naples High School was redone. But before the carpenters could put in the new one, the workers in the library had a lot of work to do.

“We packed up all the books, it did take us over 800 boxes,” Media Specialist Becky Endrelunas stated.

Every book and every shelf had to be put away before the carpenters could come in and lay down the new carpet. All the hard work the librarians put into packing everything away finally paid off a week later when the carpet Mrs. Endrelunas picked out was installed.

Even though Mrs. Endrelunas liked the old carpet, the district had it set up for Naples High School to get a new carpet.

“The district has a calendar of events of the way to replace things, so they are replacing the carpets in maybe five other media centers,” Endrelunas stated.

The new carpet has a special something to it, considering the staff and the students were the ones who helped pick the carpet out. Students and staff were actually able to vote on which carpet they liked the best.

“I gave out scraps of paper and everyone just came in and laid down their favorite sample carpet,” Ms. Julie stated. “This carpet was brighter and it just said Naples High.”