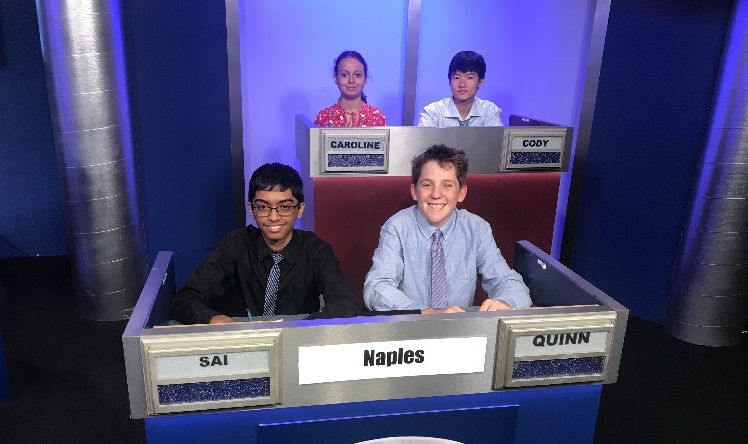 The Naples High School Academic Team competes at the local, state and national level. Recently, the team scored a huge 310-70 victory at the local level against St. John Neumann.

“We made it to the semi finals, we are in the top 4 teams of 34 teams,” coach Deborah Cantor said.

This victory was featured in the NBC-2 Academic Team Tournament in January. The Academic Teams in Southwest Florida are sponsored by the Lee County Public schools.

“It is a academic competition that involves 34 schools in the Southwest Florida region going all the way up to Sarasota,” coach Deborah Cantor explained.

There are two teams, each with six players and coach. The Academic Team at Naples High is a competition based quiz team that tests players on a variety of academic subjects. Fast paced and challenging, the Academic Team is a national competition for high school students.

“It is a competition on TV where we answer questions to beat other teams,” sophomore Sai said.

There are 36 public and private Southwest Florida high schools competing against each other in this tournament.