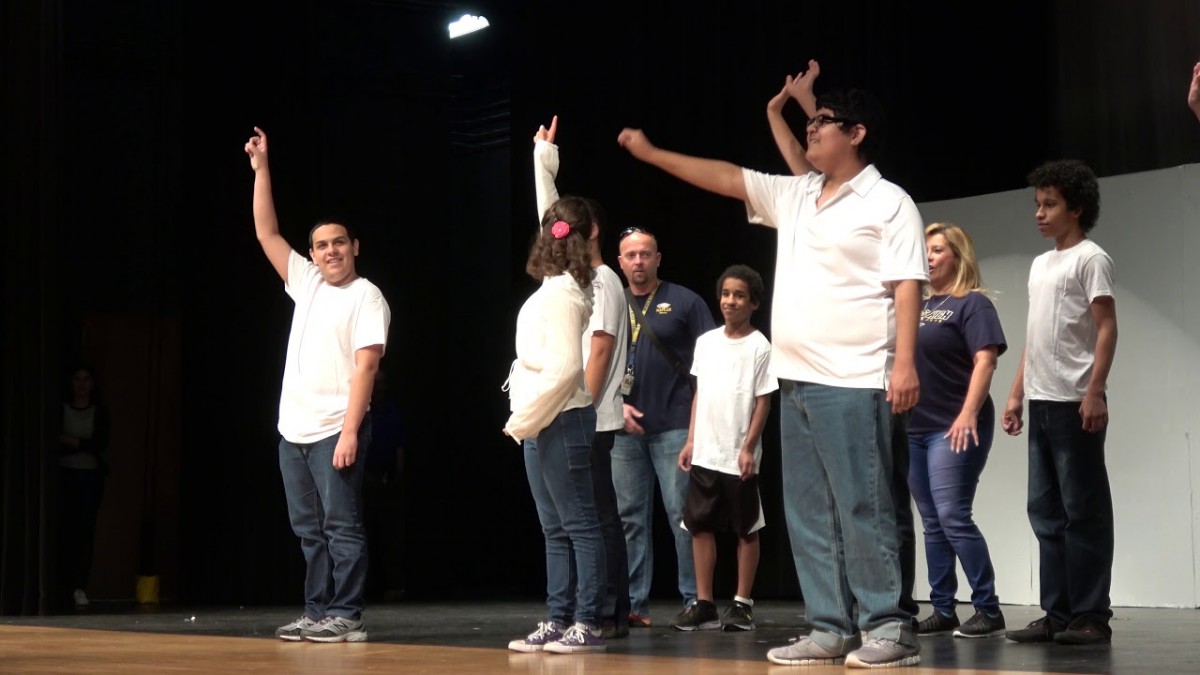 ESE and Project Unify classes from all across Collier County performed in the fourth annual Unique Talent Show to showcase their skills. Six high schools and two middle schools made the trip to Palmetto Ridge High School on Mar. 6 to cheer on their students with special needs.

The students took the stage with helpers who served as backup dancers and vocalists. Host school, Palmetto Ridge, began the event with a few songs from Disney’s Moana and a comical skit from Super Mario Bros which won an award for best presentation.

Immokalee High school students paid tribute to Black History month with a Rosa Parks skit depicting the Montgomery City Bus Line incident. A speech from Tajha Ilerant about the prejudice against students with special needs tied in with the theme. Finally, a unified performance of an African cultural dance ended their segment.

Golden Gate’s special needs students danced to the Macarena and finished their part of the show with a solo performance of “Love Yourself.”

After a short lunch period, Lely High School conducted one of the more entertaining performances of the day with a skit labeled “Pass it On.” A dance pattern of “Pizza Man Song” followed suit.

Naples High School took the stage various times with a juggling act in between each performance. Solo performances by Devin Taliaferro and Rick Adkison were fan favorites. Some backup dancers even wore cowboy hats during “Sweet Home Alabama.”

Gulf Coast High School closed the show with a witty game show skit hosted by Christian Bowers. After their segment, all the students were invited to dance on stage together while the judges gave out awards for best performances and funniest acts.