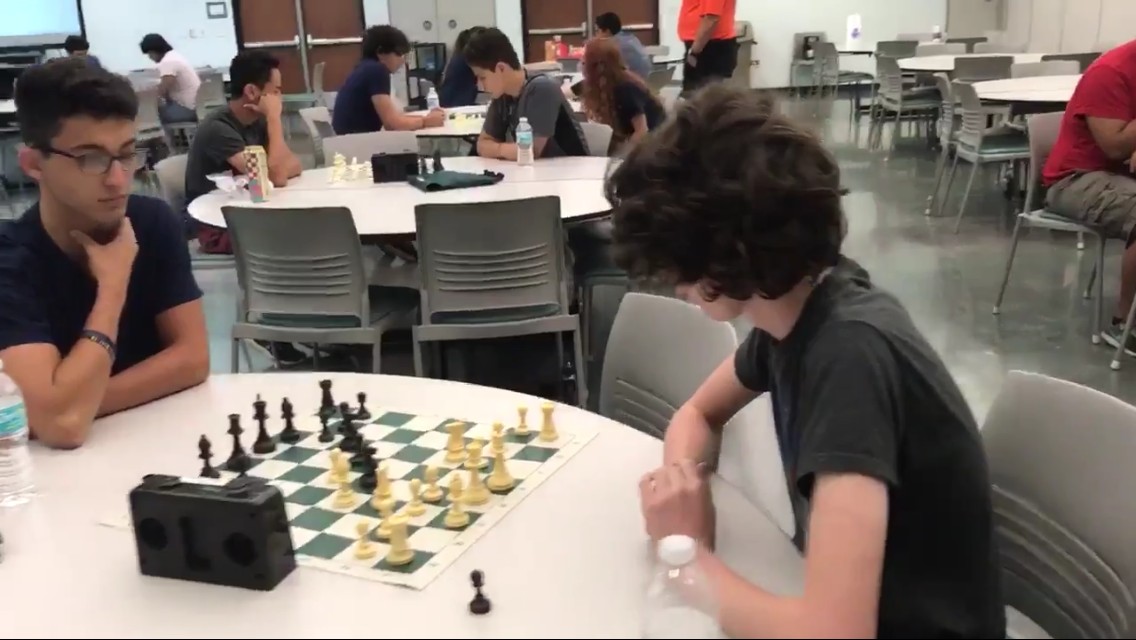 Naples High School junior Dylan Flegel competed in the CCPS District Chess Tournament and walked out as champion. The tournament was held at Lorenzo Walker Technical High School on Apr. 14.

Dylan competed against students from other schools such as Barron Collier, Lely, and Lorenzo Walker Technical High School. The championship match was against Lely High School senior Alejandro Castaneda, who was not able to secure the victory against Flegel.

Dylan credits his success to a lot of practice during lunch in the chess club room.

“The tournament was very competitive but became harder towards the last few matches,” Flegel said.

He played a total of five matches where he beat out his opponents.

“I was glad enough to win the whole tournament, but to bring back a trophy as well made it even better,” Flegel continued.

The NHS chess club sponsor and teacher, Mason Laderer, holds chess matches in his room for students. His love for chess led him to become the club sponsor, and was excited to have one of his students compete and win.

As a sponsor, Mason Laderer went to support his group of kids and was amazed. “The experience was fantastic and the mood was very competitive the whole time,” Laderer said.

Chess matches aren’t quick matches, and they make cleverness the key to outsmarting the opponent. “The matches were very competitive and required thought and time to prepare for each following move,” Laderer commented.

The chess team is looking forward to another great year, and hope for another victory as well.