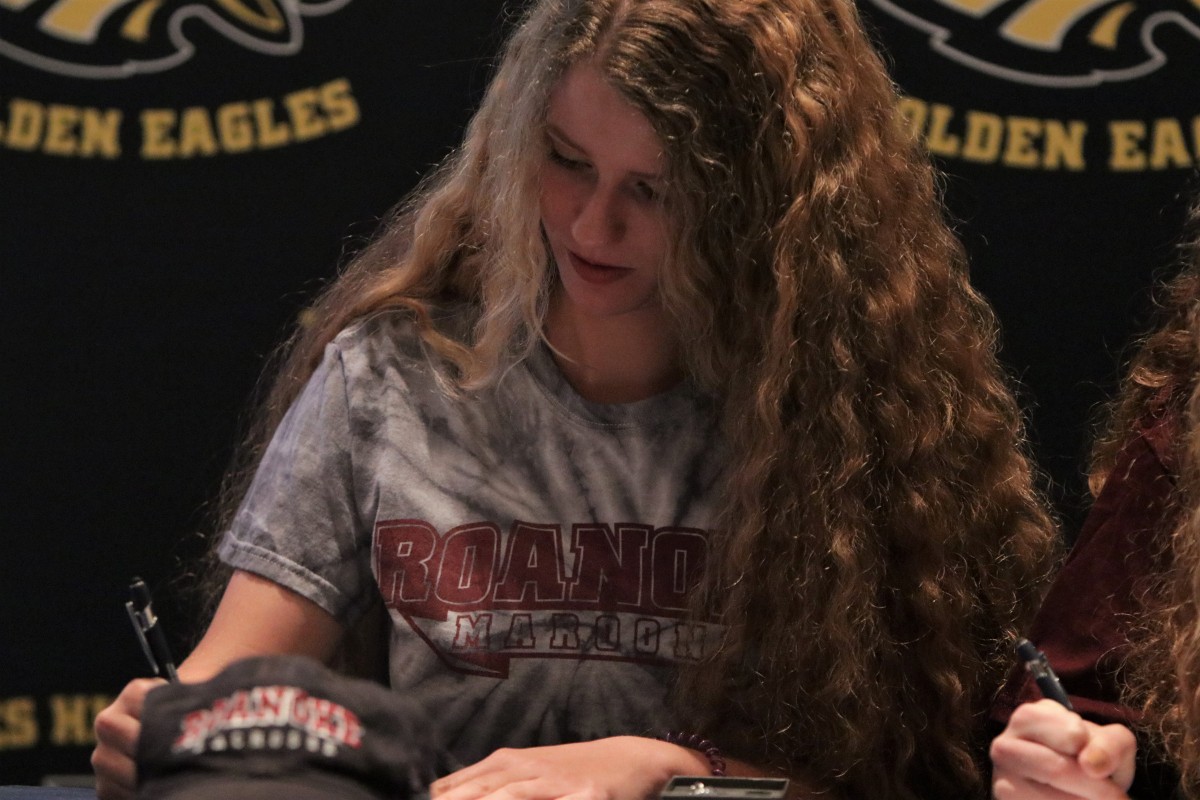 Seven NHS senior student-athletes signed with different colleges on Feb. 5, 2020. The athletes were given full-ride scholarships to universities all over the country.

Jercobi Becklum signed with Western New Mexico University for his remarkable football skills. He plans to major in law. One reason why he became interested in the school is because it has over 70 different fields. In addition, the university took interest in him first.

“They took a shot at me first, and I’m all about loyalty,” Becklum said.

Lily Grasso, who signed with Ave Maria University on a volleyball scholarship, is excited to create a strong bond with her new teammates in college.

“My favorite thing about going to college is going to be my teammates and the bond I’m gonna get to create with them,” Grasso said.

C.J. Dietzel signed with Franklin Pierce University, a D2 school. He is commended for how well he has played throughout his football career at NHS. He is a star running back on the Naples High Varsity Football Team.

“I felt very wanted from them, and I knew I would be welcomed in that place,” Dietzel said.

Jillian Dempsey will be attending Savannah College of Art and Design in Atlanta on a cross country/ track scholarship. She is a two-time All-Collier County Athletic Conference runner and is in the running for Naples Daily News Girls Cross Country Runner of the Year.

Dempsey is a fan of visual arts and can’t wait to get out to the big city of Atlanta and meet new people.

“It’s the middle of Atlanta, so it’s not just about a college,” Dempsey said. “I’m gonna be in a really big city where there’s a lot of connections and a lot of people to meet.”

“I’m definitely excited just to see new things and get to experience this campus,” Fangman said. “I’m especially in favor of the new weather I’m gonna be in, because it’s not always going to be hot like Florida.”

Sisters Sophia and Kyleigh Chickering both signed to Roanoke College for women’s lacrosse. They are happy that they will be able to experience college with each other.

“It’s going to be nice having each other and having the support we need,” Kyleigh Chickering said.

PHOTOS: Naples dominates Immokalee with an end score of 28-0