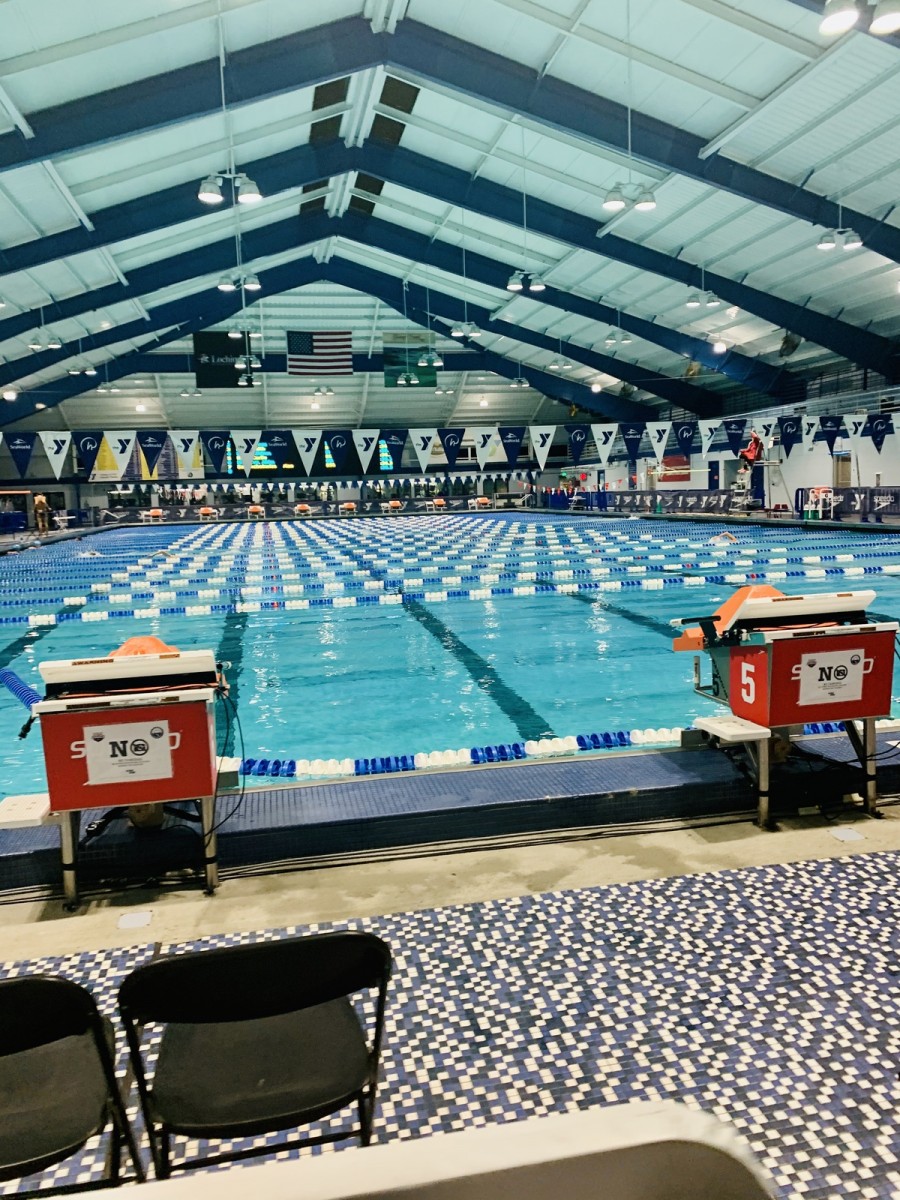 This year is a significant year for the sport of swimming. In July and August, the Tokyo Olympics will take place, and athletes from around the world will compete in one of the most widely renowned sports events in history.

The path to the Olympic Games isn’t always straightforward. Athletes must compete in multiple meets and achieve certain standards to even be considered to be a part of the Olympic team.

In swimming, like many other sports, athletes must attain qualifying times to compete in the Olympic Trials in Omaha. To move on to the Olympics, the swimmers must place first or second in the event they are swimming. New standards are set every Olympic year and athletes of any age can try to make the cuts.

Recently, local swimmers from T2 Aquatics competed in the Florida Swimming Olympic Trials Qualifier meet in Orlando. The meet serves as a “last chance” for swimmers to qualify for the Olympic trials in June. Naples High had three swimmers attend the meet: freshmen Sabyne Brisson and Havana Layton and sophomore James Scanlon.

The meet attracted swimmers of all ages and abilities, including Olympic gold medalists Ryan Lochte and Caeleb Dressel. Many swimmers were surprised and excited to see Lochte and Dressel’s names in the heat sheets because they idolize these famous swimmers.

“We chose the Orlando meet because it had great competition (it’s like playing in the same court as Lebron James), and the window of opportunity to do this and have a fun, team bonding experience presented itself,” T2 coach Eric Nelson said.

The team usually takes a few travel trips every year, and the swimmers expressed their excitement for this particular trip especially because they would be able to meet their swimming role models. Members of the team made sure to get pictures with the swimming celebrities, and one swimmer even got them to be in her vlog!

“The experience of seeing other people swim at different abilities is kind of eye-opening because normally we swim with younger kids or kids at our speed,” Brisson said. “But whenever we were there, we saw Olympians, which was kind of cool.”

Racing some of the fastest swimmers in the world made a huge impression on the swimmers, and they were able to make memories they will never forget.

“I know the atmosphere pushed them to be their best, but also seeing people who perform at the highest levels imaginable has to sink in,” Nelson said. “Seeing such a perfect blueprint makes your own perfect execution and best effort more tangible.”

Many of the boys on T2 aquatics were able to race in the same heat as the Olympians. Some were even in the lanes right next to them and beat them!

“I would say my main takeaways from the meet would be our team bonding and racing Olympians like Caeleb Dressel and Ryan Lochte,” T2 swimmer Mason Laur said. “It was definitely an awesome feeling racing those guys as they are both very accomplished swimmers.”

Lochte went to the University of Florida and Dressel is currently attending the school. Both swam for Gator Swim Club at the meet.

Laur recently committed to UF after getting an athletic scholarship and will begin his college swimming career in 2021.

The current Barron Collier junior has already qualified for the Olympic Trials in June. He made the cut for the 200 meter butterfly after swimming the race in a time of 1:59.25 at the 2019 Summer Junior Nats. in California. He was well under the qualifying time of 2:01.19.

“When I got my first OT cut I was very excited, and it was definitely one of the coolest experiences I’ve ever had,” Laur said. “Just seeing my time and knowing that all my hard work in the pool was paying off really made it a very special moment for me.”

Laur looks forward to the meet and is prepared to swim fast in Omaha.

“I would say I am pretty prepared for Olympic Trials coming up in June,” Laur said. “Of course there will always be some nervousness going into the meet, but I trust that my tough training and the help of my coach will allow me to be at the top of my game when it’s time to race in Omaha.”

As Mason’s coach, Nelson says he plans to keep working on the things that make him such a great swimmer and build on those skills each day in practice.

“We keep doing the things that have made him successful, but always evolving and doing it better,” Nelson said. “At the meet itself, probably encouraging him to relax as much as possible; that meet is the most energetic, most intense meet there is. It’s easy to lose your cool.”

Laur is confident that his training will help him swim his best time when it’s time to race at trials.

“My main goal for these trials is just to have a great experience and see how much time I can drop,” Laur said. “I would also love to make finals and race against some of America’s top swimmers, but in the end I just want to have fun and swim fast.”

The Olympic Trials for swimming will take place in Omaha, Nebraska from June 21-28.