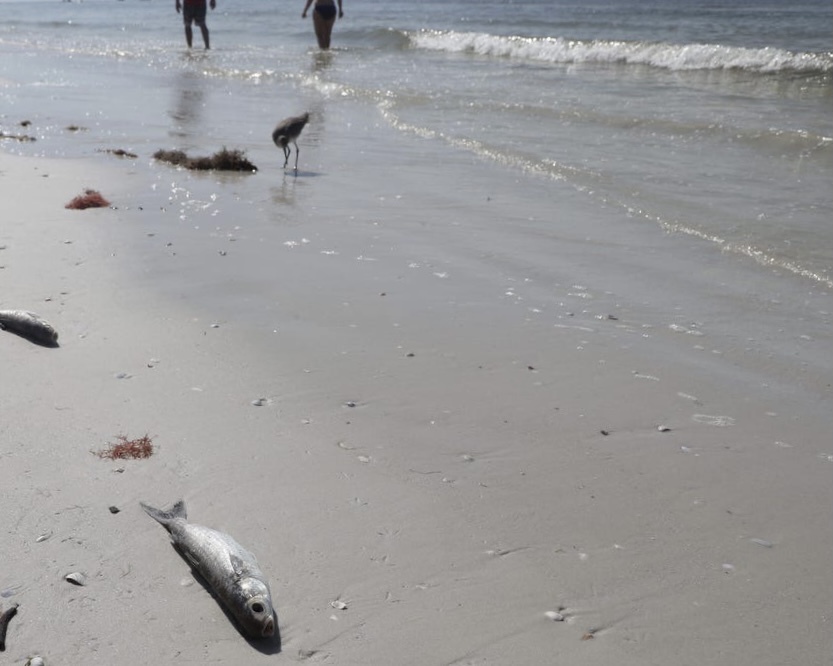 Red tide is back again and is currently at an all-time high in Naples. As red tide sickens more and more by the day, small businesses have also found themselves struggling to keep business rolling, especially those who work near the beach.

“Red tide is really affecting my business as it has caused me to cancel several appointments,” owner of CC’s Beach Social, Christian Capito, said.

Small businesses are run independently or by a very small group of people, causing them to depend very heavily on their customers compared to other businesses.

“Without people buying regularly from me, I’m losing one of my few sources of income,” Capito said. “The situation isn’t looking good.”

Red tide is holding back customers from supporting local stores, especially those related to the beach. CC’s Beach Social has run into this issue and is facing the consequences.

“I run CC’s Beach Social where I set up luxury picnics on the beach for any and all occasions,” Capito said. “Because of red tide, no one wants to visit the beach anymore, causing me to lose business. This is how I bring in most of my money, and without it, I’m struggling to support myself.”

However, there are other ways to support this business besides picnics on the beach. The CC’s Beach Social website has more information on how to do so.

“Besides picnics on the beach, I can also set up these picnics in plenty of other locations, including the customer’s own house,” Capito said. “In addition, I also provide tablescapes for dining room tables.”

This is not the only business being affected by red tide as Sharda Spahr, owner of Old Naples Surf Shop, is also losing business.

“We provide surfboard and paddle board rentals, but because of red tide, we seem to be losing business,” Spahr said.

Old Naples Surf Shop is a widely known beach-themed store in Naples, but with red tide, it became hard to sell such things.

“The store manages to get by because of the clothing sales, but I fear I might not make enough to pay my employees,” Spahr said.

In addition to Old Naples Surf Shop, the pier is struggling for customers as well.

“I have a restaurant down on the pier called Cosmo’s Pizzeria, but I also have a main restaurant located downtown,” Gianluca Corso said. “Although I still have the income of my main restaurant, the pier is getting little to no business.”

Although red tide might seem like a minor inconvenience to most Naples residents, those who depend on the beach are struggling to have ends meet.

With so many people worried about red tide and wanting it to clear up, the question of how red tide starts and how to get rid of it arises.

According to the News-Press: Fort Myers Databases, red tide all starts with a bacteria called vibrio vulnificus. It is insanely dangerous and even potentially deadly. It is found in water, sediments and shellfish and infects one’s intestinal system.

Many scientists have stated that there are not many ways to prevent or get rid of red tide, so the only way to prevent one’s self from getting sick is to stay away from the beach.

“I hope that red tide clears up soon,” Capito said. “Without a clean beach, it makes it hard to make money for my business. I really wish that something could be done about it quicker.”

The most interesting pets at Naples High

Students share their opinions about the minimum GPA for sports