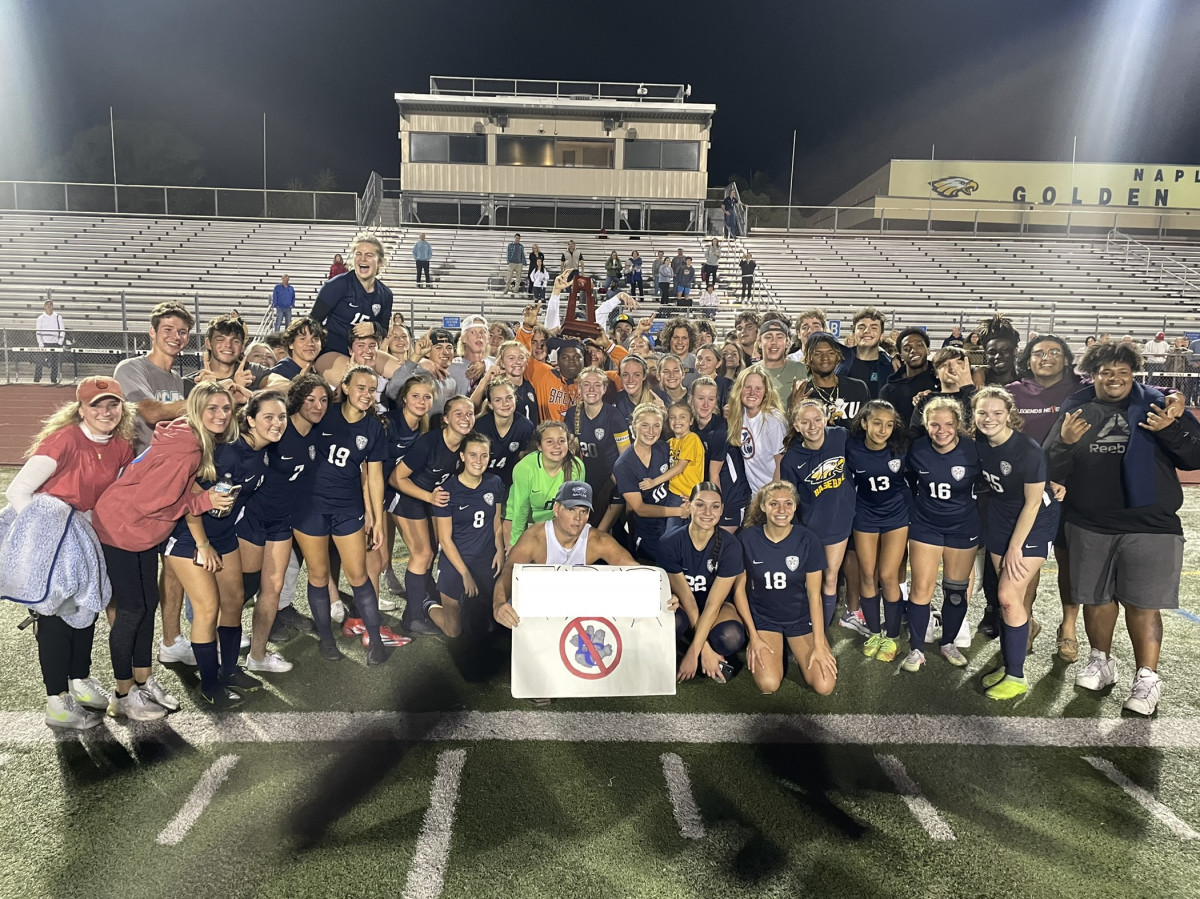 The Naples High School Girls soccer team played in the district championship against the Barron Collier’s Cougars on Feb. 2.

The Golden Eagles came out on top, winning their first District Finals game in 13 years. The final score was 1-0, with the only goal being scored by junior Lucy Froitzheim on a penalty kick.

“The win last night means a lot and shows we are doing the right things,” Head Coach Adam Weikel said. “Everyone who played did the job they needed to do.”

Both teams played a full game of great offense and defense, preventing each other from scoring until the very end.

“We started the game slowly but made some adjustments and finished strong,” Weikel said. “Our intensity and pace of play need to improve moving forward.”

The penalty kick that won the game caused the stadium to erupt, with the fans rushing the field to congratulate their district champions. This team isn’t done yet; they have hopes for the state championship.

“Honestly it’s a rewarding feeling to have gone to four district championships in my career and to finally win one is a testament to our team’s dedication and hard work,” senior Fay Ghorayeb said. “My goal now is to take this team to the state championship.”

**After FHSAA rankings were released Friday afternoon, it looks like Naples High School will be taking on Barron Collier once again Tuesday, Feb. 8 for quarter-finals. However, it won’t be known for sure until Saturday.

A-Team passes up St. John Neumann with a win