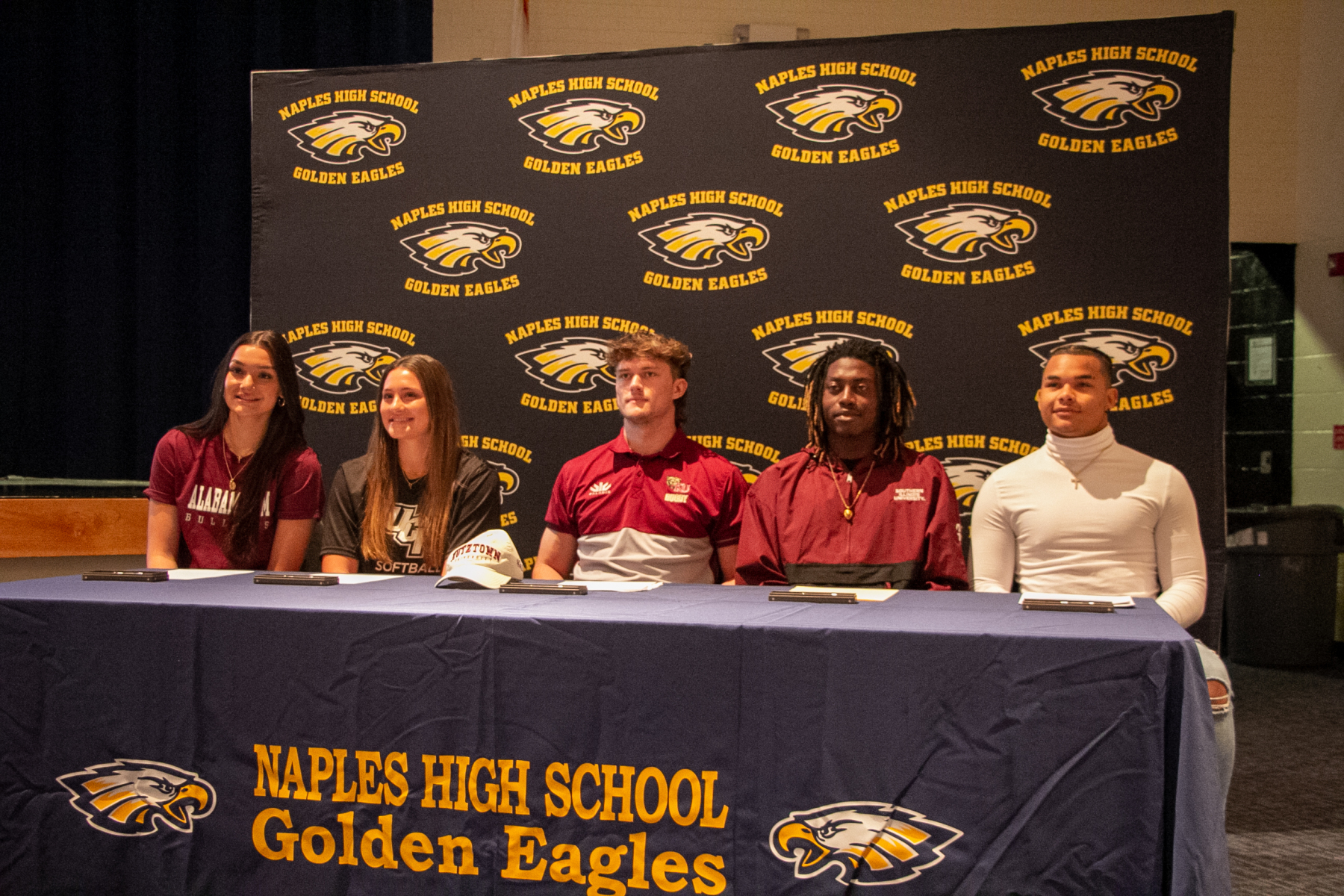 Macy Miles will be playing softball at University of Central Florida (UCF) located in Orlando, Florida. UCF is a NCAA Division I school that competes in the American Athletic Conference. She pitches and is utility for infield on the softball team.

“This is one of the hardest working athletes I have ever been privileged to coach,” NHS softball coach Scott Angelico said. “She is always putting in the extra work to become the best she can be.”

Ariana Kinsley will be playing soccer at Alabama A&M University located in Huntsville, Alabama. Alabama A&M is a NCAA Division I school that competes in the Southwestern Atlantic Conference. This season, she has had 42 goals and 16 assists for a total of 100 points. Last season, she was named an All-Area player and was voted Offensive Player of the Year by her teammates.

“In the three years that she’s [Ariana] been here at this program, it’s been great to not only see a player that has great technical ability, but also vision on the field,” said NHS Women’s Varsity Soccer coach Adam Wiekel.

Rio Sweet will be playing rugby at Kutztown University of Pennsylvania in Kutztown, Pennsylvania. Kutztown is a NCAA Division II school that competes in the East Coast Conference. Kutztown is ranked nationally as one of the top five rugby programs in the United States. He plans to major in exercise science.

Stanley Bryant III will be playing football at Southern Illinois University located in Carbondale, Illinois. Southern Illinois is a Division I school that competes in the Missouri Valley Conference. In his career as a player at Naples High School, he has a record of 18-2. He rushed 1,152 yards this past season, had 21 touchdowns, and threw for 375 with an additional five touchdowns. Bryant was First Team Naples Daily News, First Team CCAC, and First Team All-District. He was also awarded the 2021 Naples Daily News Broxson Trophy which is awarded to the most outstanding player in either Collier or Lee County.

“I can’t even describe how proud I am of Stanley,” head football coach Ricky Martin said, “He’s an unbelievable human being. I am blessed to have coached him.”

Dearis Thomas will be playing football at Florida Atlantic University (FAU) located in Boca Raton, Florida. FAU is a Division I school that competes in Conference USA. He ended this season with 120 tackles, 21 tackles for loss and eight sacks. Thomas was First Team Naples Daily News, First Team CCAC, and First Team All-District.

“Not only did he [Dearis] completely change our entire defense, he is one of the best people I know,” Martin said. “Being around him 100 percent made me better as a coach.”