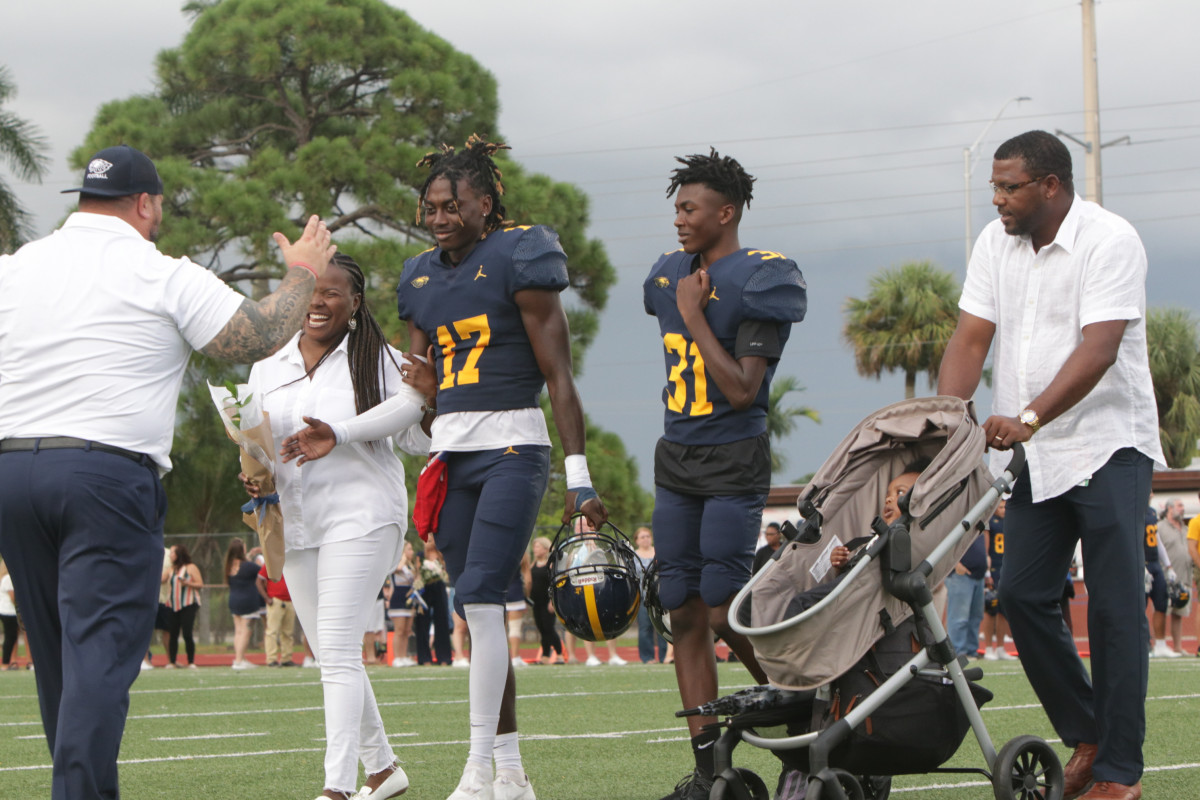 For generations, high school sports have given students the opportunity to enrich their knowledge in athletics and encourage physical education. Among those NHS students who aim to continue their career on a collegiate level, many have received offers from prestigious schools with well-supported athletic departments.

Quarterback Stanley Bryant III has committed to Southern Illinois University, a division one school for football, for his impressive talent on the field.

“I chose Southern Illinois because on the visit they made their school feel like a home, a place I could live for the next four years,” Bryant said.

Bryant’s leadership has earned him great recognition, one of many being the News Broxson Trophy. The Naples High football program is known for producing well-rounded players and teammates and is often recognized as the school’s defining feature.

“My greatest achievement in sports is being able to play with this special group around me and still thrive,” Bryant said. “The advice I’d give to other students is not only to be patient. Don’t pick a school because of their name, but where you could get the best education.”

Bryant is not alone in his success at Naples High, however. Junior Kerry Brown is another football player who Division One schools have their eyes on. The defensive back has received offers from schools including Indiana University, University of Illinois, Coastal Carolina, University of Louisville and Vanderbilt University.

“I want to continue my football career because I love the sport,” Brown said. “I definitely want to [go] pro.”

Being an exemplary player in high school is one thing. Maintaining the drive to achieve great success and further your sports career, however, is another that very few are able to do.

“My advice to other students who want to go play in college is to have fun. Never let yourself down if things [aren’t] going for you,” Brown said. “You just have to keep moving and work hard on the sport you love.

With 82 tackles, eight TFLs (tackle for losses), three INTs (interceptions thrown) and three PBUs (pass break ups), Brown has established himself as a substantial player on the field and fit to be a Division One athlete.

Another defensive back, junior Jonas Duclona, has similarly found himself in the sight of Division One schools. Around 18 schools, including University of Florida, University of Iowa State, Liberty University, Vanderbilt University, University of Mississippi and various others have expressed their need for Duclona’s talent on their teams.

“I want to continue my football career because this is the sport I’ve been in love with since I was a little kid,” Duclona said. “It [has] brought me many accolades and life changing memories.”

The common trend with these athletes, aside from their raw talent, is their sense of ambition and determination to succeed.

“The best advice I’d give to someone wanting to go D1 is keep grinding even when you feel like you aren’t good enough,” Duclona said. “Just keep your head down and work.”

NHS Varsity Wrestling makes their way through districts and regionals