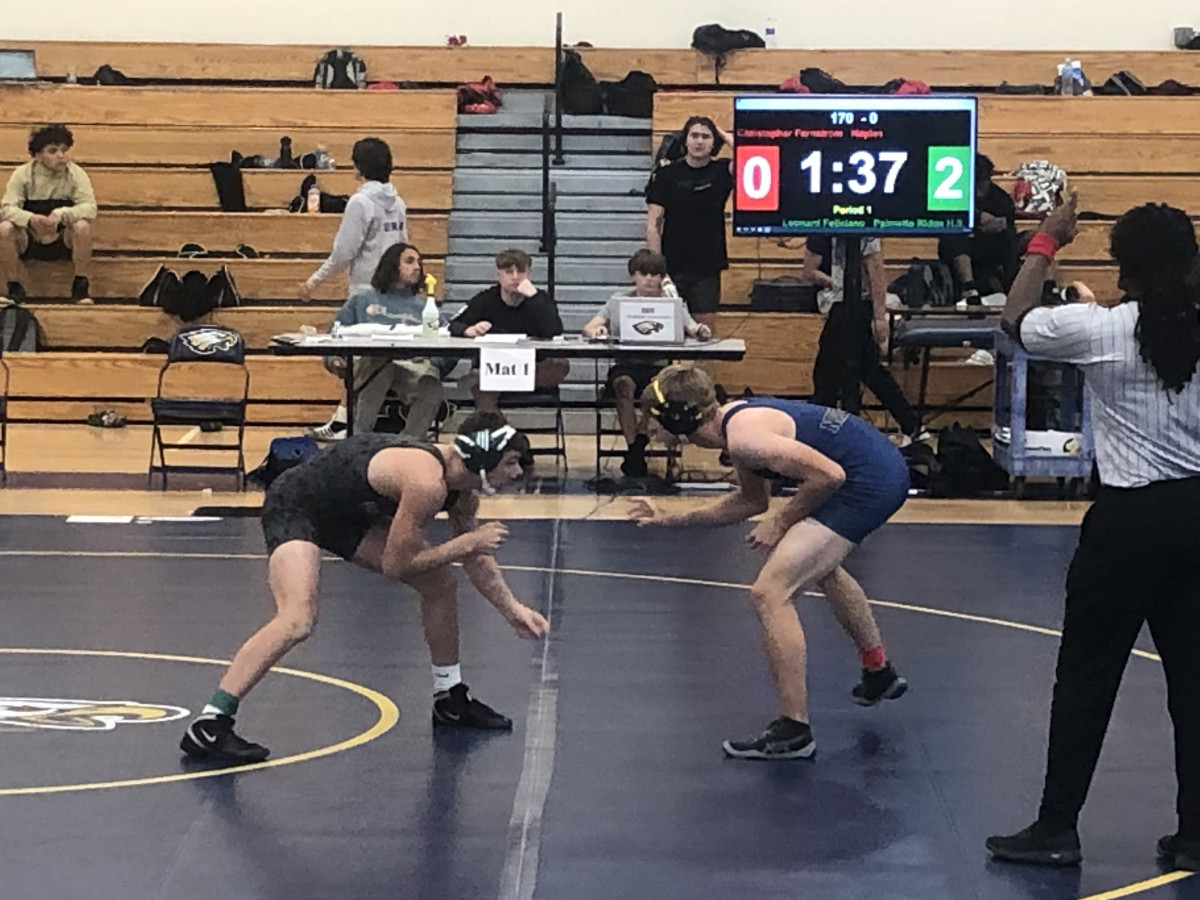 The Naples High Wrestling team made their way through districts and attended regionals last week, working hard to make it to states.

“I think we did really great at districts, we were missing some guys, but the team pulled through with eight regional qualifiers and we placed third as a team,” junior Colin Madwar said.

In order to be able to compete at regionals, the team had all kinds of challenges they had to overcome.

“My mental focus was all over the place and my physical injuries were hindering me,” junior Declan Finucan said. “My confidence also dwindled a bit as I lost in the semi-finals and barely won in the ‘wrestle back’ round.”

As a team, they all had to overcome either physical roadblocks or mental ones, in which they all felt they could have done better. A setback that was common among all of them were nerves at districts. Despite these hardships, they all overcame adversities to pull through for eight qualifying regional placements and an overall third place.

“I wasn’t too nervous for districts and the only time I had nerves build up was when I was getting ready for a match,” freshman James Brooks said.

The team understood that regionals were different from districts in all aspects.

“Regionals is a very big step up from districts because it is all the top placers from each district combined into one tournament,” Brooks said.

The pressure of these competitions can be heavy for some, but the team came together to help calm them down.

“It is a pretty big stress, but you just have to think about how you’ve prepared all season for this and you are ready,” Madwar said. “It helps to do something to relax before the tournament to ease your nerves. For example, the whole team went to dinner and to see a movie to help relax.”

For some, regardless of nerves, regionals is the biggest and greatest opportunity for them and are greatly looking forward to it.

“In a word, [going to regionals is] redeeming, this is my chance and I’ve never been more ready,” Finucan said. “This is going to be an incredible experience and a true test of how much my training and dedication has paid off.”