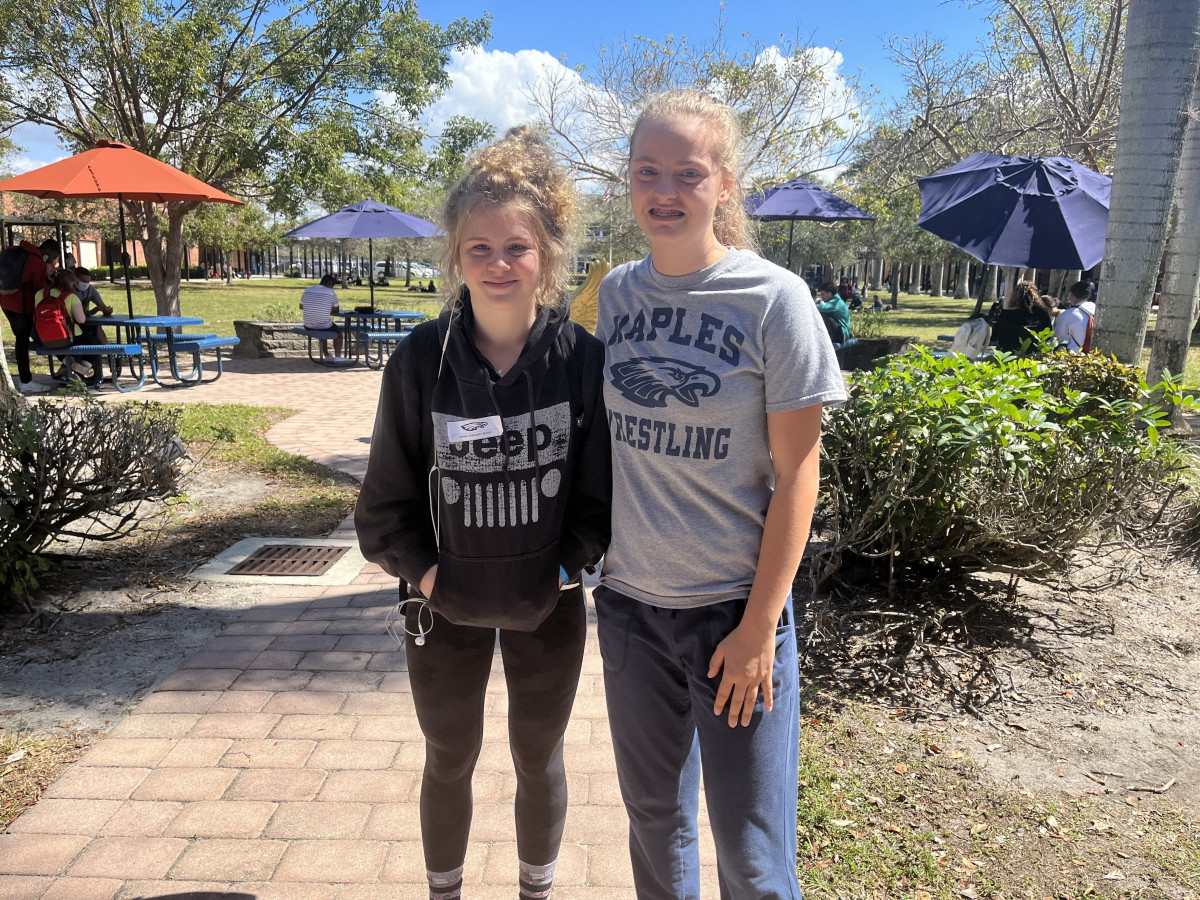 Freshman Isabela Carson had the opportunity to compete in the girls’ wrestling regional competition on Feb. 20 after placing in a district meet. Sophomore Reagan Thomas went on to compete in the Girls’ FHSAA State Wrestling tournament where she made it in the top 12 for the 105 weight class.

The FHSAA competition was the first regional and state event where the organization recognized girls’ wrestling as its own individual sport. The participation in both of these competitions were made possible through the hard work exemplified by both girl wrestlers.

“Wrestling takes strength, agility, being in shape and perfect technique,” Head Coach Luke Garcia said. “We work through all of those every day by incorporating weights, gymnastics, conditioning, technique, hard drilling and live wrestling.”

Wrestling is a sport that requires both patience and perseverance. As a new wrestler, freshman Isabela Carson stated that she did not expect to have the opportunity to compete in a regional competition nor accomplish as much as she already has. Regardless of her success, Carson’s participation in girls’ wrestling did not go without obstacles.

“The most challenging aspect of wrestling is continuing to fight someone when you are exhausted and you are losing a match,” Carson said.

Sophomore Reagan Thomas’ dedication to her sport contributed to her placement at the regional competition. She placed second after spending hours practicing inside and outside of the school campus. These extra practices, along with an exercise partner, helped Thomas have the ability to perform in higher competitive events.

“I think it [the additional practices and workouts outside of school] because I got more work than the average wrestler,” Thomas said.

Despite wrestling being a male dominated sport, Carson explained that her experience was not at all influenced by this factor. The difference in gender did not hinder the close bond between the new wrestler and her fellow teammates. The support that Carson received from her team was something that she brought into every meet and became a motivation for her to try harder.

“I know that when I step onto the mat for a match, I’m doing it for my team and not for myself,” Carson said.