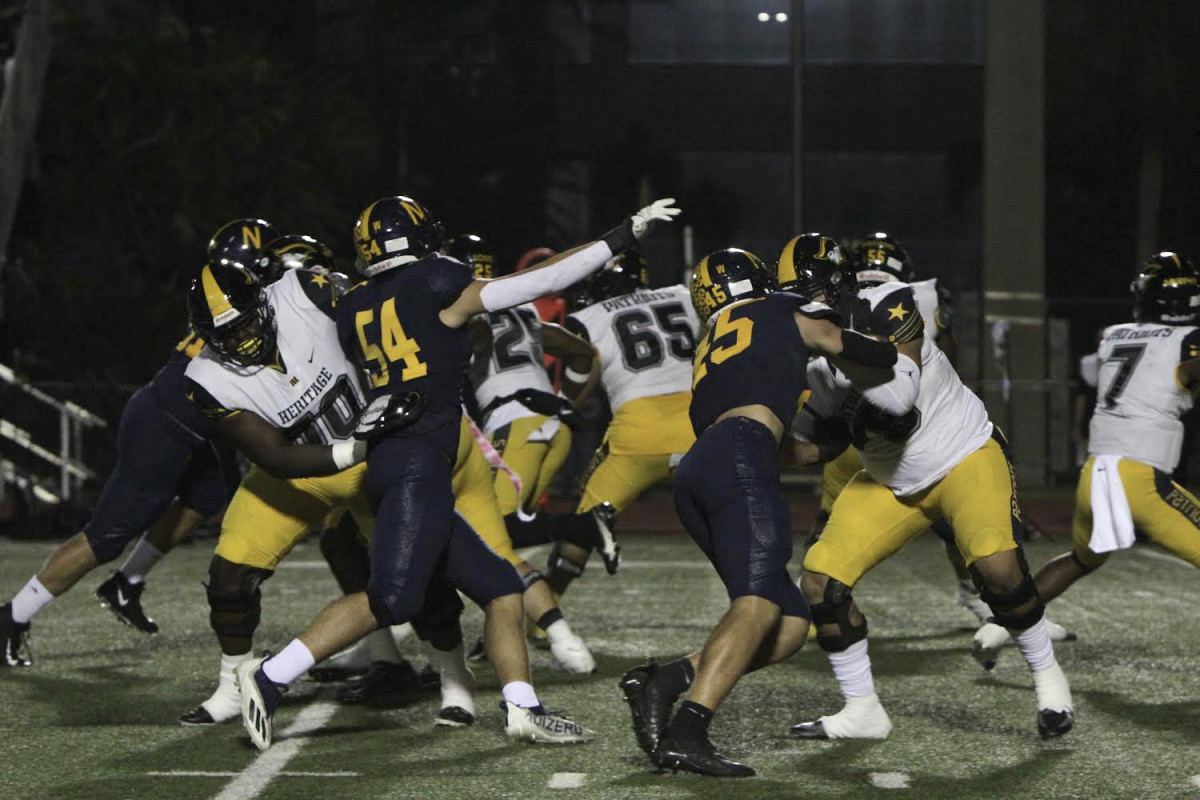 The Naples High football team faced American Heritage on Oct. 21, playing a team that is ranked No. 11 nationally. Despite the great effort displayed that night, the Eagles experienced a 35-17 loss to the Patriots.

The team prepared for all possible outcomes, but having to accept a loss after working hard can still hurt.

“We were obviously disappointed in the outcome because we go into every game with the intentions and preparations to win it,” junior Luke Walker said. “We were proud of the fact that we were able to go back and forth with one of the best teams in the country.”

The players had hopes for winning the game for the respect and recognition that comes with beating a national team. Even without a victory, it was their effort and camaraderie that fans applauded.

“One of my thoughts was [that] we can really win this game and show that Naples can be put on the map,” senior Jesse Persad-Tirone said.

Although American Heritage is ranked higher than Naples, there were times during the game where the Eagles successfully shook the Patriots, proving to be a worthy opponent.

“First and foremost, they learned that we can play with anybody in the state,” Head Coach Richard Martin said. “American Heritage was the No. 11 ranked team in the country coming into that game, and we made them uncomfortable at times.”

The tension on the field was growing stronger as each play started becoming more difficult to execute. The chaos on the field and in the stands may make it hard to concentrate during the game.

“The biggest challenge was not giving into the trash talking and not worrying about what was happening around me,” senior Keylijah Williams said.

The football players all had their attention on the game, with their focus going toward playing against a high ranking high school team and giving full effort.

“During the game, it’s all about the game, the situations you are presented with and how you respond to those situations,” Martin said.