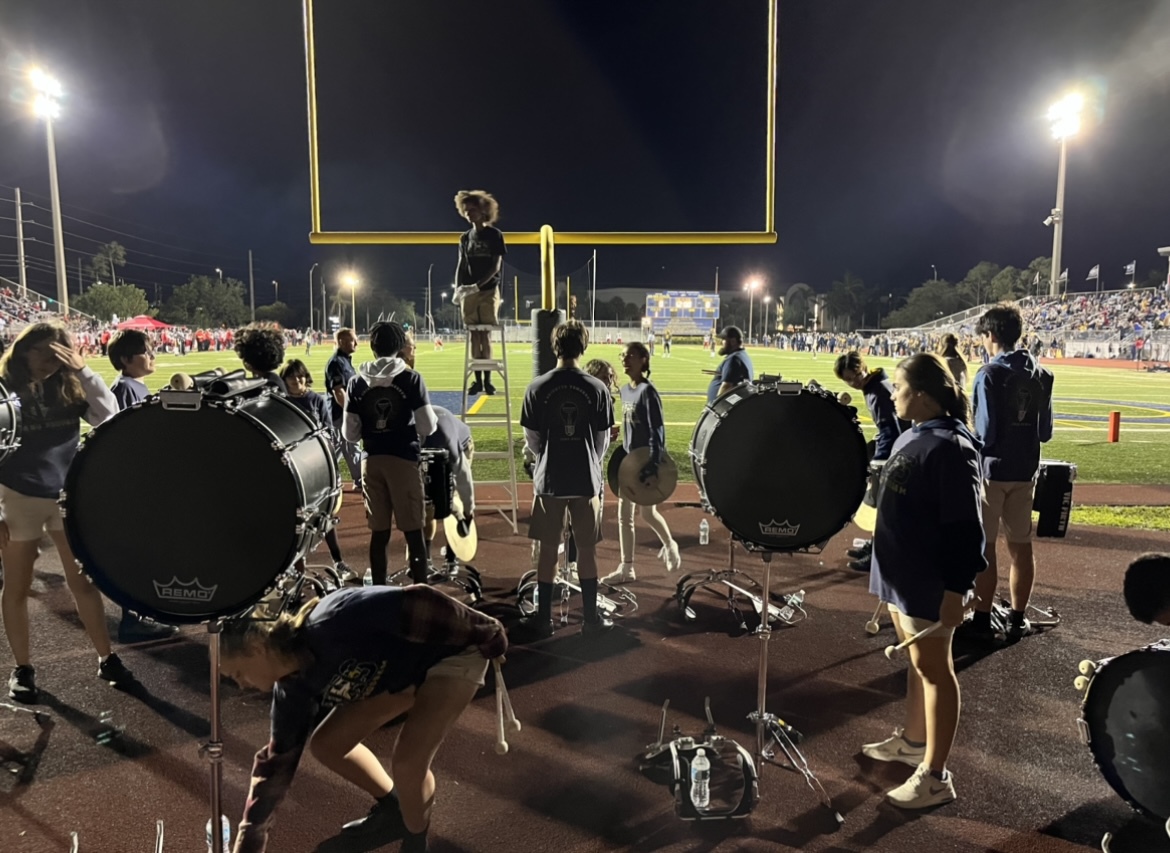 The Golden Eagle Marching Band will compete in the Florida Marching Band State Championships (FMBC) on Nov. 20 after a season of show planning. The preparation process was not an easy feat due to the uncertainty that comes with adjusting to change in a familiar program. Despite it being Band Director Steven McGuire’s first year at NHS, band members were able to quickly adapt and continue putting on spectacular performances.

“I think one of the strengths of Naples students and especially the band students is their resiliency and their ability to just look at a challenge and plow it over,” McGuire said.

The marching band members’ ability to excel in their performances throughout the season can be attributed to the dedication that was exhibited by all. The young musicians regularly prepared outside of school hours and prior to rehearsals to ensure the ability to play their best on competition day.

“I believe our newly implemented sectionals contributed to our success,” sophomore Savannah Toro said. “Our sectional, held half an hour before practice, helps us practice specific spots throughout the show specifically for the flutes.”

The Golden Eagle Marching Band integrated popular and classical music into their show. The musicians will play excerpts from the “Moonlight Sonata” by Beethoven, “SLOW DANCING IN THE DARK” by Joji and “Blinding Lights” by the Weeknd. The eclectic combination of music was rehearsed from the start of band camp to championships.

“It was a show that was kind of designed and picked sometime in the summer or spring last year,” McGuire said. “All that work gets done and planned over the course of the year.”

The FMBC State Championships consists of various schools throughout the state of Florida. Marching band students will have the opportunity to view the performances presented by their opponents. This aspect of the competition is an experience that many members enjoy.

“I look forward to watching and interacting with people from bands all around the state,” senior Isabella Lam said.

Orange you glad you’re not a bully