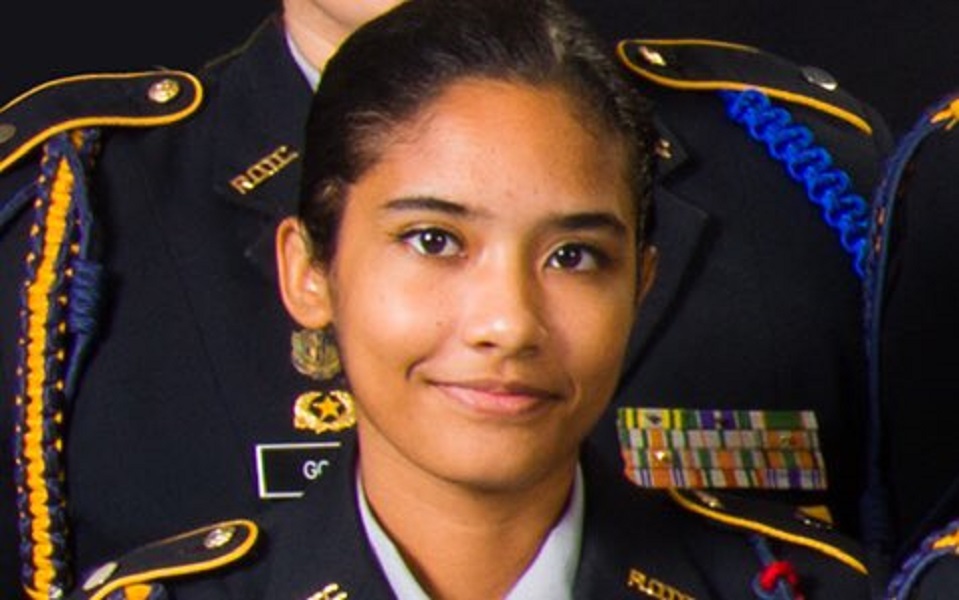 Captain of the JROTC Academic Team, Cadet Samanta Pomier Jofre, won first place in the Florida State Sons of the American Revolution Essay Contest. She earned the award with her essay titled “How JROTC Has Motivated Me to be a Better Citizen.”

Contestants were asked to submit a 700 word essay on how JROTC motivated them to be a better citizen. Samanta responded about how the work of JROTC changed her and gave her a feeling of citizenship.

Her essay focused on how Hamilton, the first treasure of secretary, influenced her as a JROTC member because of his hard work for the country paying off the war debt. She also dove into topics such as the meaning behind the American flag, citizenship, and patriotism.

“I studied abroad for my whole life and never really understood what citizenship was,” Samanta said. “The simple jobs that come with JROTC, such as folding a flag, showed me patriotism and gave me pride for the country.”

Samanta will be rewarded for her hard work in Orlando, where she will receive a $1200 reward and a silver medallion for her achievement. In addition, she will also proceed to the national level of the competition.