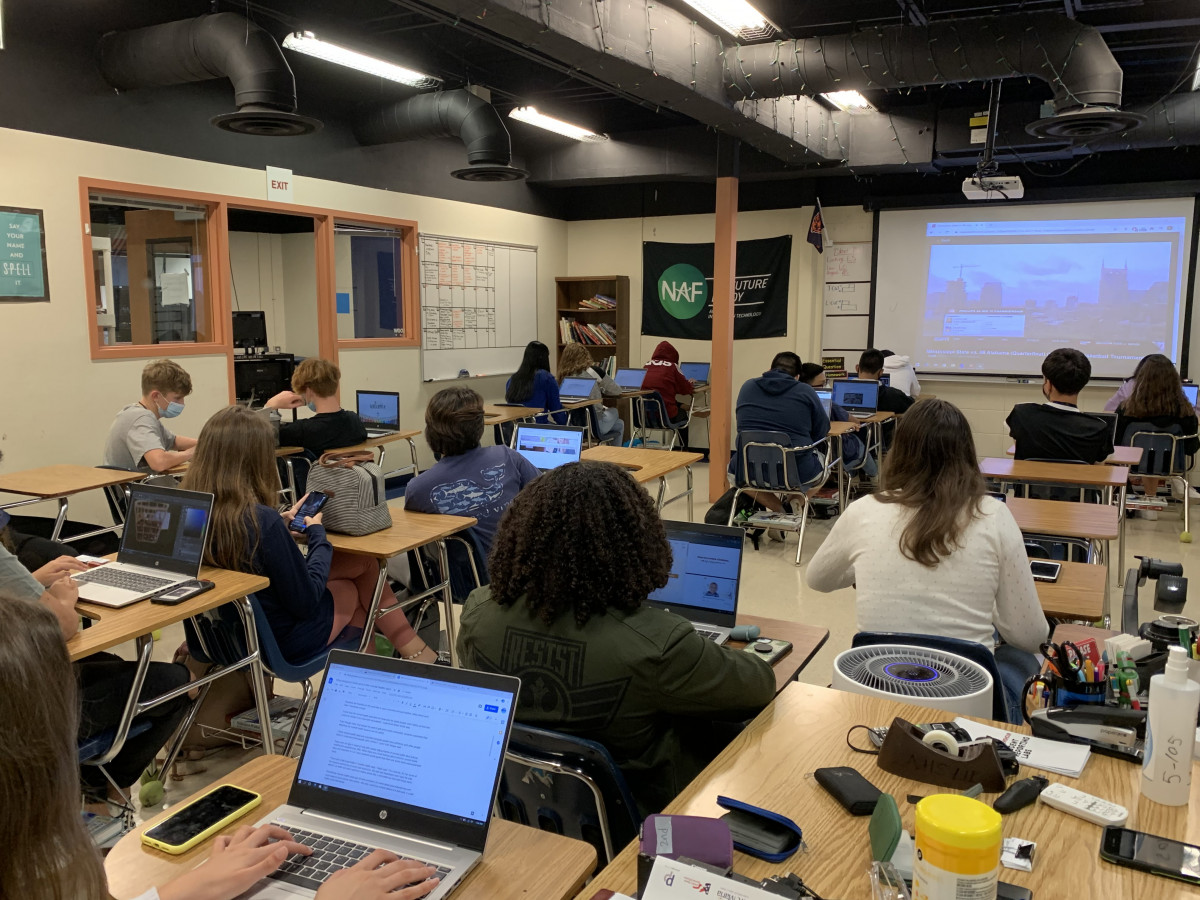 COVID-19 has been around in the U.S. since March of last year. Since then, numerous facts about the virus and how it affects us has changed. This is especially evident in these most recent months.

The virus has altered into new variants, meaning that it has built some immunity to our current safety practices.

“The new variants in the U.S. are significantly stronger than the original,” CIDRAP (Center for Infectious Disease Research and Policy) researcher and reporter Stephanie Soucheray said. “They are more contagious and lethal…we must be more careful.”

Currently, there are three new variants across the globe, one of which is in the U.S. This variant is called B.1.1.7 and spreads more easily and quickly than other versions of the virus.

According to the Centers for Disease Control and Prevention, this variant is also more fatal and can cause a future spike in cases and deaths. Due to the variant’s mutations, the CDC recommends double-masking and social distancing eight feet instead of six to stay safe.

“In January 2021, scientists from the U.K. reported evidence that suggests the B.1.1.7 variant may be associated with an increased risk of death compared with other variants,” the CDC said. “More studies are needed to confirm this finding. This variant was reported in the U.S. at the end of December 2020.”

B.1.1.7 is currently found in more than half of the states in the U.S., and cases are rising quickly once again.

The COVID-19 vaccine started its distribution in early January of this year, and since then, some of those above age 60 have received it. Environmental science and biology teacher, Amy Lawson, is one of those few.

“I received the Moderna vaccine,” Lawson said. “The first shot caused no reaction, not even a sore arm. After the second shot, my arm was sore for about two days—not very bad, but noticeable. I went to bed earlier for about a week afterwards as I was tired by the end of the day.”

When a person is given the vaccine, an imitated infection enters the body to help develop immunity. This imitation allows the body to create T-lymphocytes, which remember the infection and produce antibodies that fight the virus.

“Sometimes, after getting a vaccine, the imitation infection can cause minor symptoms, such as fever,” Lawson said. “Such minor symptoms are normal and should be expected as the body builds immunity. Once the imitation infection goes away, the body is left with a supply of ‘memory’ T-lymphocytes. It typically takes a few weeks for the body to produce T-lymphocytes after vaccination.”

When the virus enters the body, the T-lymphocytes will produce antibodies to fight the infection so quickly that one won’t even realise they had the virus. However, just because one might have the vaccine or is asymptomatic, the virus can still spread to other people.

COVID-19 and the Future

Students have begun to wonder what the rules at school will be like next school year. However, this subject is completely unknown.

“At this time, we have not been told about a change to our procedures,” Assistant Principal of Attendance and Discipline Amanda Holderfield said.

However, it must be remembered that staying safe is the number one priority.

“It is really important for people who have been vaccinated and people who have had covid to keep wearing masks and following the safety protocols,” Lawson said. “While my personal risk from the virus has been reduced, I can still spread it if I’m not wearing a mask.”