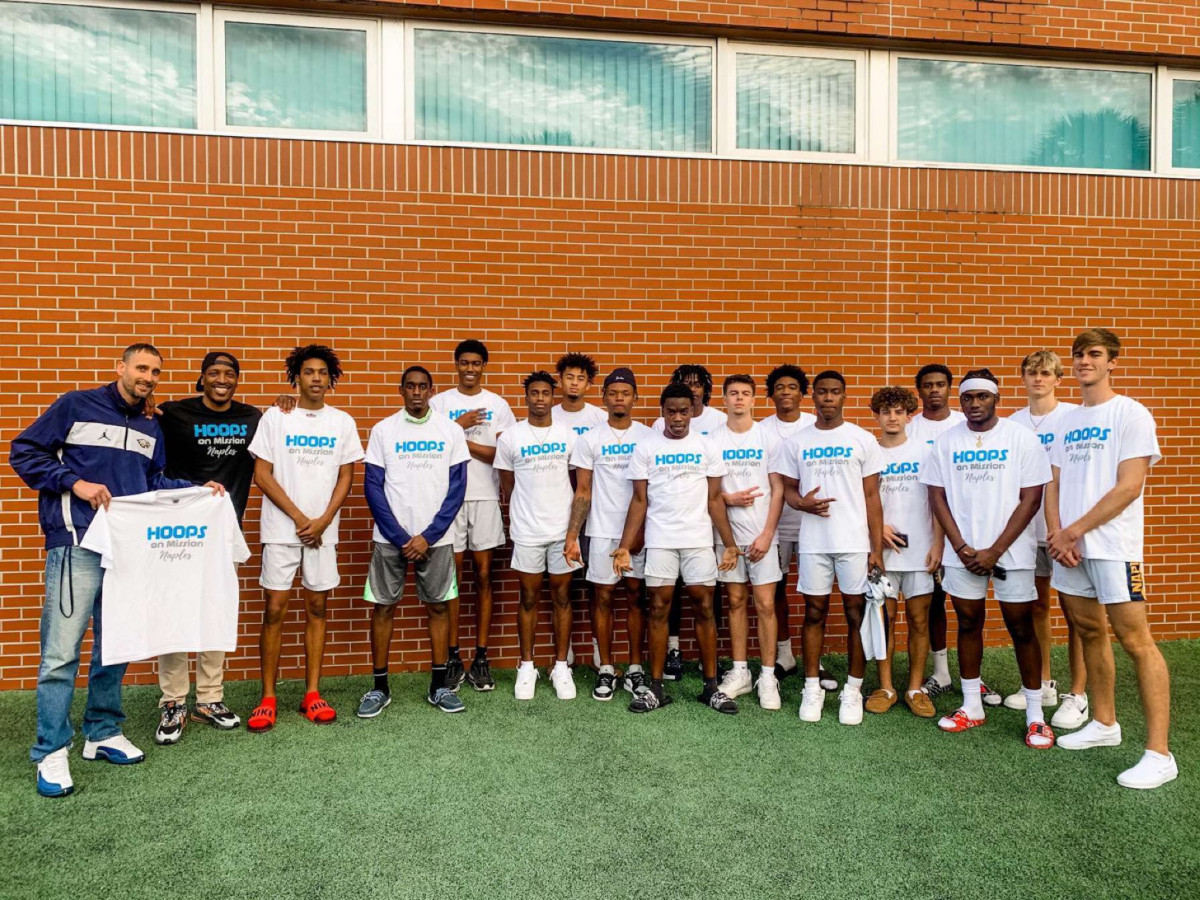 Throughout the months of December and February, the Naples boys varsity basketball team endured a long and eventful season. Through the highs and lows, the team had shown tremendous effort, hard work and sportsmanship.

“This season was really fun,” sophomore Marques Leon said. “The team’s performance was very good, and we made it pretty far in the playoffs.”

With an astonishing 25 wins, the team won the majority of their games and only experienced five losses. They were victorious over Collier County schools such as Barron, Immokalee and Gulf Coast. The boys also defeated non-district teams such as Bishop Verot, Evangelical Christian and Riverview Sarasota among others.

“I think our performance has been outstanding,” junior Alex Greenling said. “Everyone has been working so hard to be where they are right now and we just bring the most energy we can every game.”

Of course, the relationships between players will heavily reflect how they play on the court, which is why the team was so successful this season.

“My relationship with my team is indescribable,” Greenling said. “We all usually chill on the weekends. That’s how we get out bonding together.”

With their use of bonding and cooperation, they managed to undertake a tough season this year. Unfortunately, in their game against the Jesuit Tigers from Tampa, FL, they lost by 56-59 in the 2021 Boys Basketball State Tournament.

“The last game of the season was sad and disappointing,” sophomore Kerry Brown said. “We wanted to move on and win states, but lost.”

“The last game of our season was very upsetting because we had lost our regional final game to be in the final four, and all of our seniors will be gone this year,” Greenling said.

Although it wasn’t the ideal end, the season as a whole was successful in terms of teamwork, effort and friendship.

“My relationship with my teammates was great,” Brown said. “We all had bonds with each other and we didn’t leave [anyone] out.”