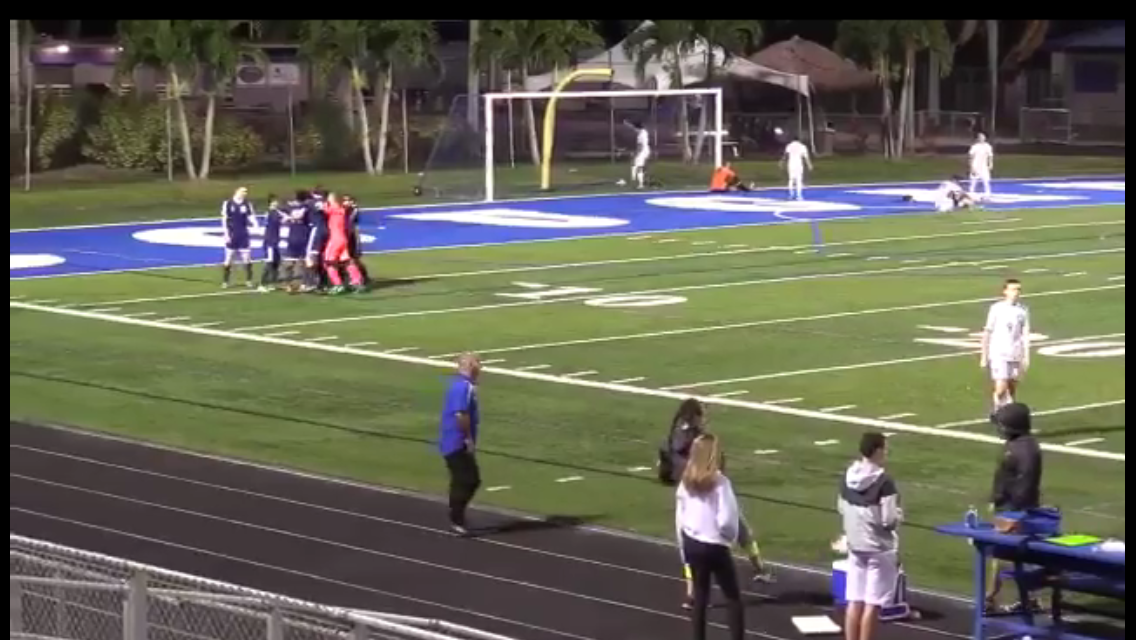 Naples was first on the board with a bottom left strike into the goal by freshman Juanito Nunez in the 28th minute. Barron Collier answered back with the equalizer just three minutes later. The score remained tied until the second overtime period.

Barron Collier threatened with a shot in the first overtime period that hit the post and nearly went in, however, Naples freshman Christian Wicker secured the win for the Golden Eagles after he scored off a deflection that sent the team to the semi-final match.

The Golden Eagles’ season ended Wednesday night after suffering a 4-0 loss against the Immokalee Indians in the district semi-final match.