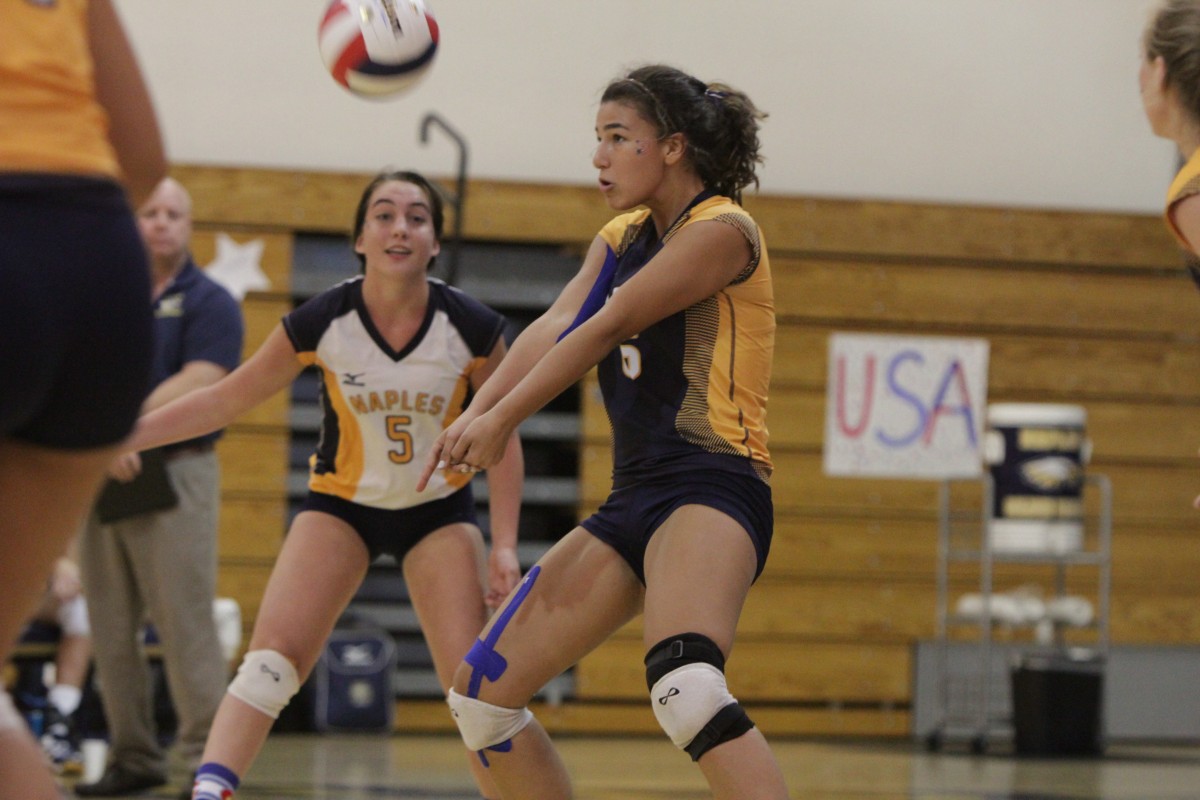 Despite a tough loss in front of the home crowd, head coach Rich Hubbard was able to point out the positives.

“We had our moments,” Hubbard stated. “We started the best we had all season in the first set.”

The Eagles surged to an early 4-0 lead in the first set, but it simply wasn’t enough to hold off the Cougars.

“I’m going to work on staying strong mentally,” Szittai said. “There was a lot of noise going on during that match.”

In a show of solidarity and support following Hurricane Irma, the game was advertised as USA night, and donations were collected at the ticket table. Even with late notice about the night’s theme and cause, $114.50 was able to be raised.

The Golden Eagles (4-3) face a rematch against the Cougars (6-3) at Barron Collier next Monday at 7 P.M.

Athletes of the Fall Season: Hector Toro and Tara Watkins