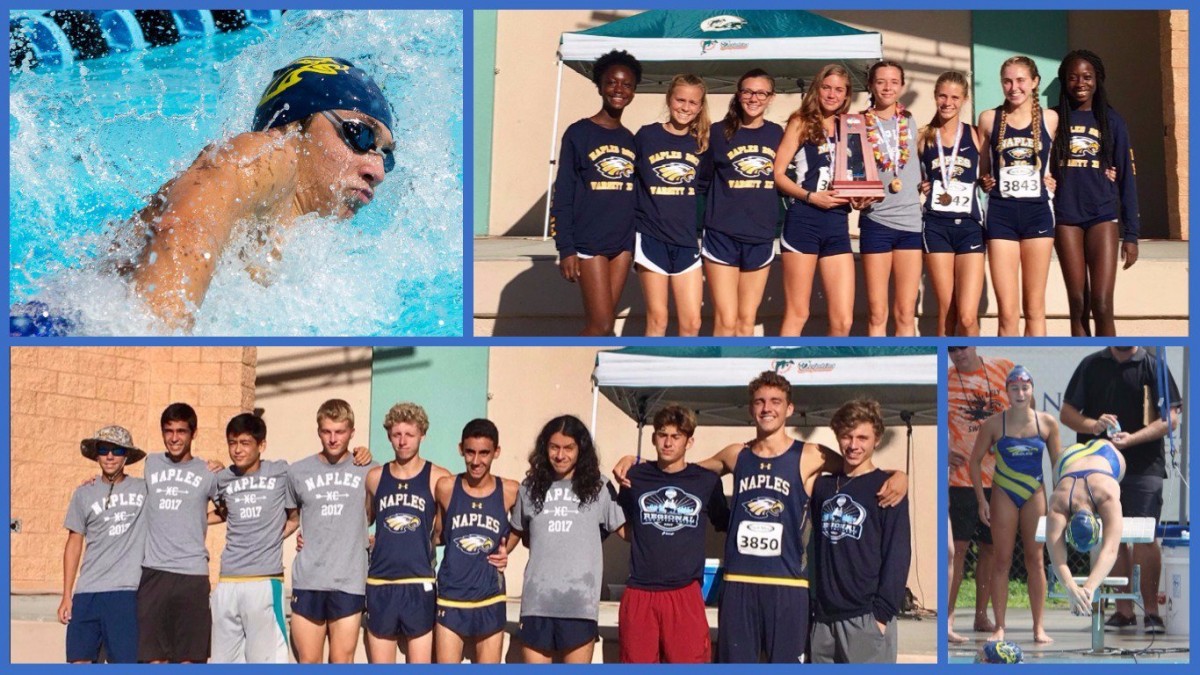 With the fall season over, many Naples High School athletes and coaches are pleased with their final placements and overall scoring for the season.

The cross country boys team competed against multiple teams from around the county. A few notable performances were at the DDD Invitational where boys placed 3rd place and at the Disney Wide World of Cross Country Invitational, where Naples High School was the top Florida team placing 4th. Boys placed 4th at regionals which allowed them to qualify for states where they placed 11th.

“The team is talented and hardworking,” Coach Watkins said. “They are a tight knit group and are committed to each other and the success of the team.”

As for the girls cross country team, they placed 3rd at the Lemon Bay Invitational, 1st at the Freshman/Sophomore meet, 1st at the Collier County Athletic Conference, and progressed to districts where they placed 1st. The team continued on to place 2nd at regionals.

Runners Zoe D’Antonio, Morgan Vickaryous, and Jillian Dempsey placed 4th, 5th and 6th to lead the team to qualify for states where they placed 7th.

Girls golf had a 4-0 season, finishing second behind Gulf Coast at the CCAC with their number one player, Annika Church, winning first place with a 76. Their continued success carried the girls golf team to the district championship where they placed 8th at states.

The boys golf team won all four matches of the season and finished 2nd in the conference tournament.

Jackob Akins and James Tureskis led the way to insure a victory at the district championship where they placed 2nd, and were able to move on and win regionals. With their successful season the boys golf team was able to improve from last year to place 8th at states.

“I felt really good because it was one of my better seasons,” James Tureskis said. “I won regionals and got third at states.”

Star swimmer, Matthew Limbacher, defended his state title in the 100 yard breast stroke, winning in back to back years.

On the other hand, the girls swim team went 2-3 in their dual meets finishing 10th at the Tarpon Invitational, and 3rd at counties. The girls placed 7th at districts and progressed to regionals where they placed 19th.