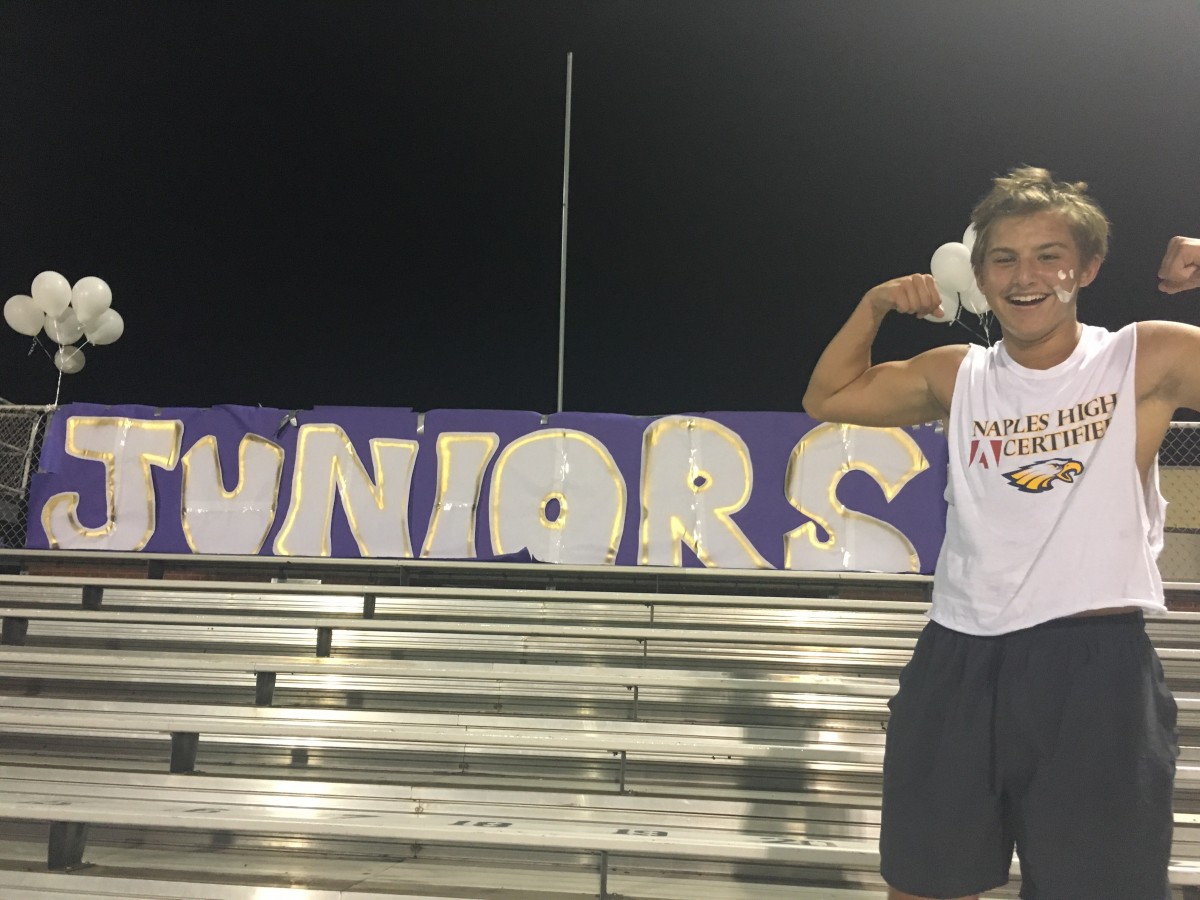 The junior class now holds bragging rights after taking home the win at the annual Homecoming Olympics on Nov. 1.

The olympics were comprised of a series of games that included capture the flag, a water balloon toss, and tug-of-war.

To kick off the night, the grades went head-to-head showing who had the most spirit by screaming their class chants that were prepared beforehand.

Participants showed up at 6:30 P.M, dressed head to toe in their class colors, ready to compete.

“I think that the Olympics were a success; we had representation from every grade level, and all spirits were high,” senior class president Caitlin Crowley explained.

Throughout the night, the classes battled to see who could rack up the most points. However, classes were not just scored on their athletic ability. They were also scored on their spirit and support for their team mates.

After all of the points were counted at the end of the night, the judges announced that the juniors had come out on top.

“It was a lot of fun beating the seniors, sophomores, and freshman this year. The best event by far was tug-of-war,” junior Kelsey Puente stated.