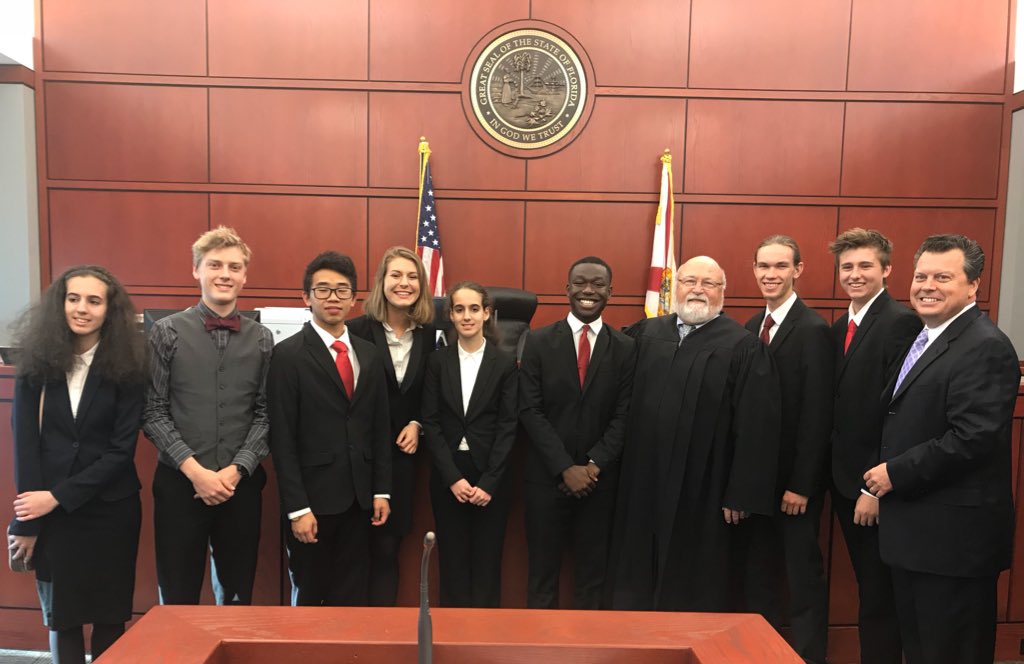 Along with those honors, individual awards were given out to Naples High students. Best witness for defense was given to Conner Jenkins, and an award for the best attorney was given to Ethan Dorestin.

“Our case consisted of a parent suing their child’s Scoutmaster,” freshman member Isabella Manda said. “It is a trial based on a charge of negligence.”

The cases can be civil or criminal. The team prepares for each case by reading a booklet about the case. Each team member is assigned a role to play and are tasked with getting to know it in depth.

“We have three lawyers,” senior Conner Jenkins said. “(They) will perform on both the defense and plaintiff for execution.”

During the competition, the mock trial teams aren’t supposed to go under their school name. The Naples High School team was named after the recently deceased Justice Scalia, but they were also classified by letters.

The club is for beginners as well as experts. Students have an opportunity to grasp the concept of how juries work through the process of studying and presenting a case in front of a jury and judge in a courtroom.

“Mock trial is really about where we get the chance to try a fake case,” senior Ethan Dorestin said. “(We) get a chance to play both attorneys and witnesses.”