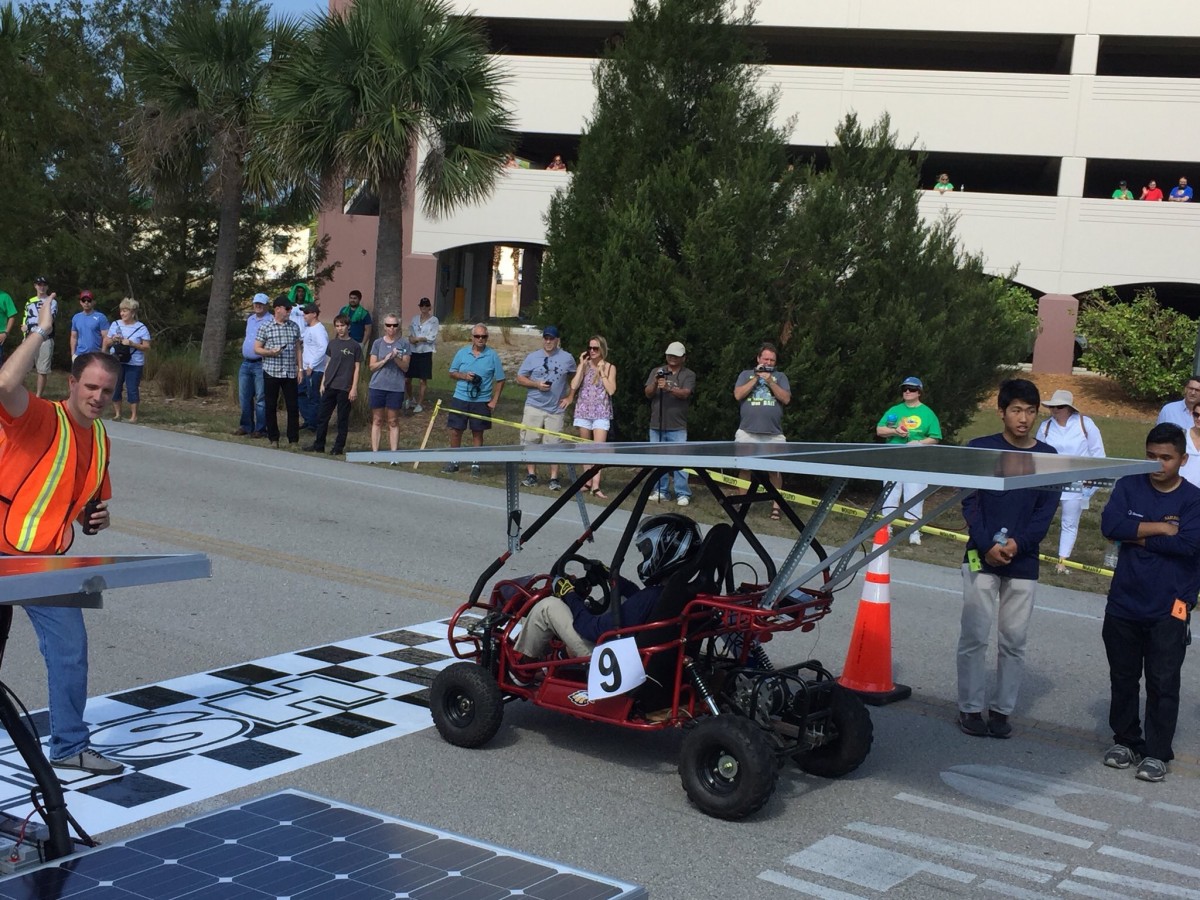 This year marked the first time the NHS program competed with two kart teams. The students spent weeks innovating on cart design, adding panels and batteries in hopes of beating the other competitors.

“The biggest challenge was the batteries,” freshman and participant Raj Patel stated. “Also figuring out what type of gears we wanted to use.”

Naples High School has been competing in the solar car race since its inception in 2013.  The Naples team took first place in the inaugural year of racing, beating Florida Gulf Coast University’s team.

“We did pretty well this year, this is the first year with two teams,” NHS engineering teacher Clifford Greer stated. “Both teams did well and worked really hard.”

In total, there were two races that took place. One was a speed race and the other a relay race. There was an hour intermission in between these two races, allowing the students to work on the cars and the batteries to recharge.

How do students feel about President Biden’s plan for a “14th...