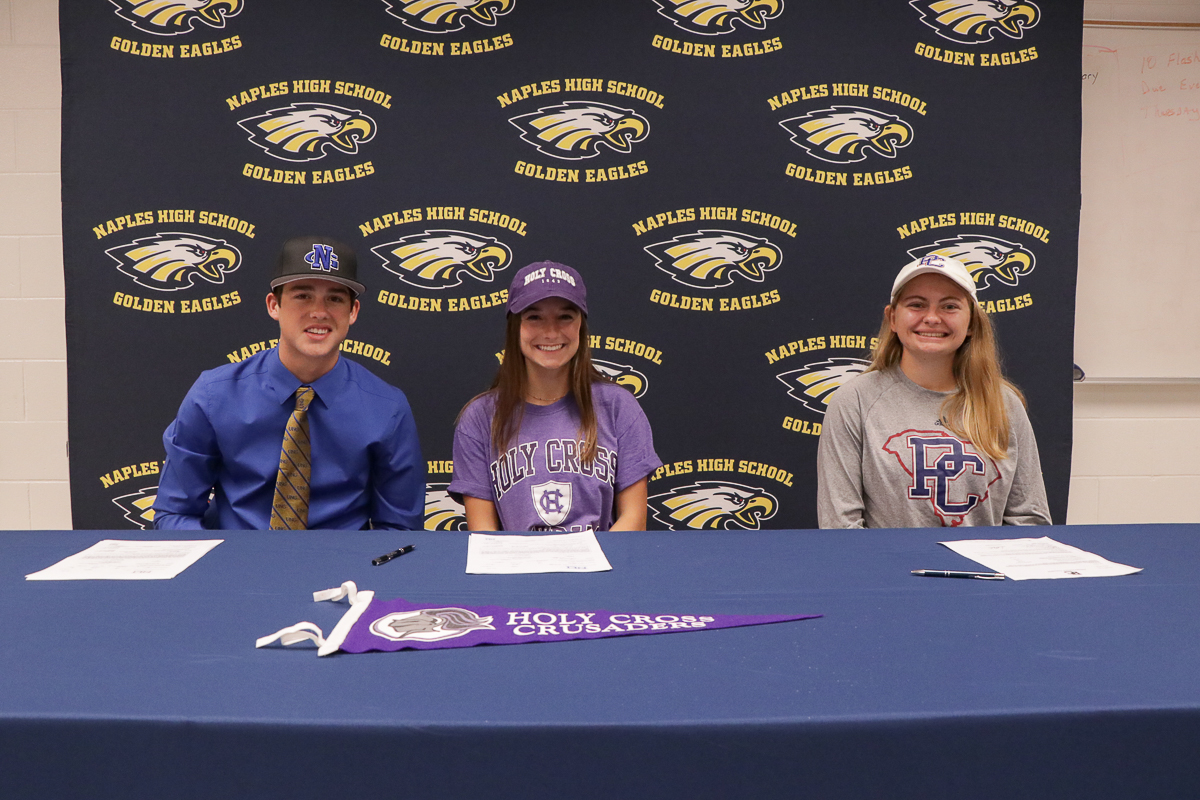 Andrew Lang signed a Letter of Intent to play baseball at the University of North Georgia in Dahlonega, Georgia. North Georgia is a NCAA Division II school and a member of the Peach belt Conference. Playing 1st base or pitching, he has been “Player of the Game” multiple times and he has earned 2nd team All-County as well as 2nd team All-Conference honors last season as a junior.

Olivia Eckelman signed a Letter of Intent to play softball at the College of the Holy Cross, a private Jesuit liberal arts college located in Worcester, Massachusetts. Holy Cross is a NCAA Division I school and a member of the Patriot League and the Big South Conference. As a 9th grader she earned the team’s Most Versatile Player Award. Olivia has also earned the prestigious Naples High School Student-Athlete Award.

Sophie Sullinger signed a Letter of Intent to play lacrosse at Presbyterian College in Clinton, South Carolina. Commonly known as PC, Presbyterian College is a NCAA Division I school and a member of the Big South Conference. She was also a team captain and the team MVP last season. In addition, she was the Naples Daily News AND the Southwest Florida Lacrosse Player of the Year. Needless to say she was also all-county and all conference 1st team. In addition, while at NHS she has earned three academic letter and she earned the prestigious Naples High School Student-Athlete Award.