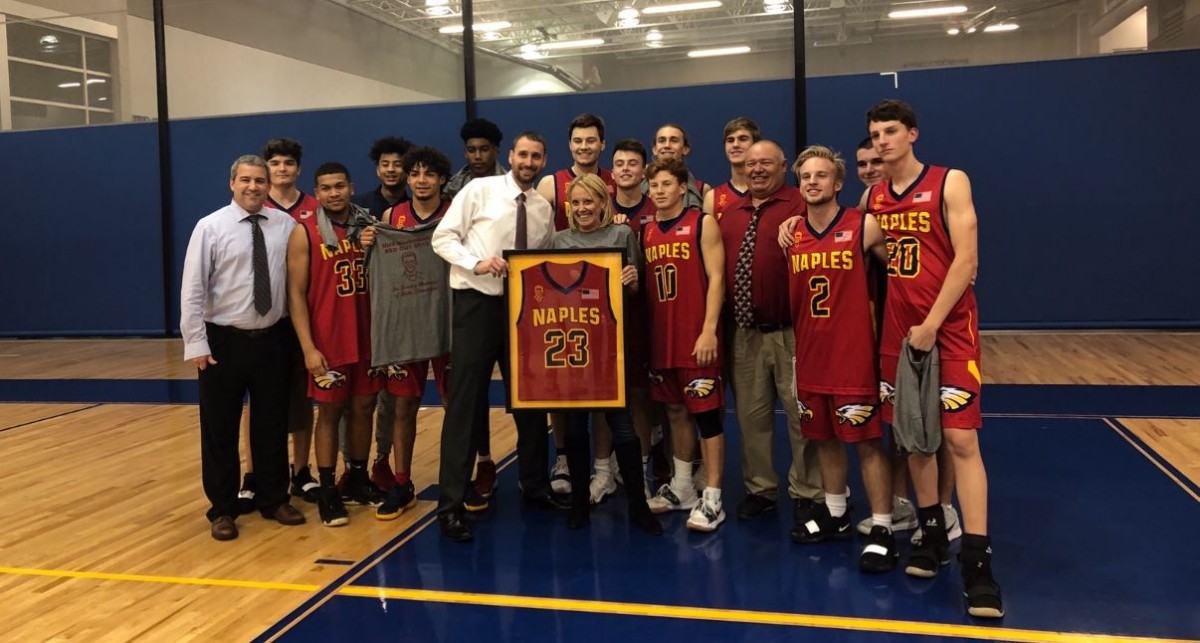 There are some new faces on the NHS basketball team this season, one of which belonging to the new head coach, Garret Hull.

Hull took on the role of basketball coach because he loves the sport. He’s working hard and training the boys to succeed.

Hull will prepare the team working with each and single one of them on their skill.

“He came in and made me a much better offensive player than I was the previous year,” senior Blaise Underhill said. “Early morning shooting and pretty much all the work we’ve put in has really expanded my game.”

Hull works hard to improve the team and treats everybody like family. He takes time to come everyday after work, basketball is something nobody  could take away and he’s using it to teach others.

“I think he’s very good, he actually loves every one of us. He gets in our lives to get to know,” Brandon Hernandez said. “Coach Hull has helped me in my defense and my shot and for me to be more competitive.”

As a new coach, everyone who knows him enjoys him being here.

Through summer, pre season and now regular season, Hull has been at NHS working the team and making each and one of them better than what they are. Coach Hull also makes the team a better and changes lives.

I feel that he knows what he’s doing. He’s made his other teams better so i think we’ll do the same thing this season said John Alzamora.”

He loves being back at the school that he graduated and will continue to stay if he’s welcomed. Hull loves attacking obstacles and loves the blue and gold.