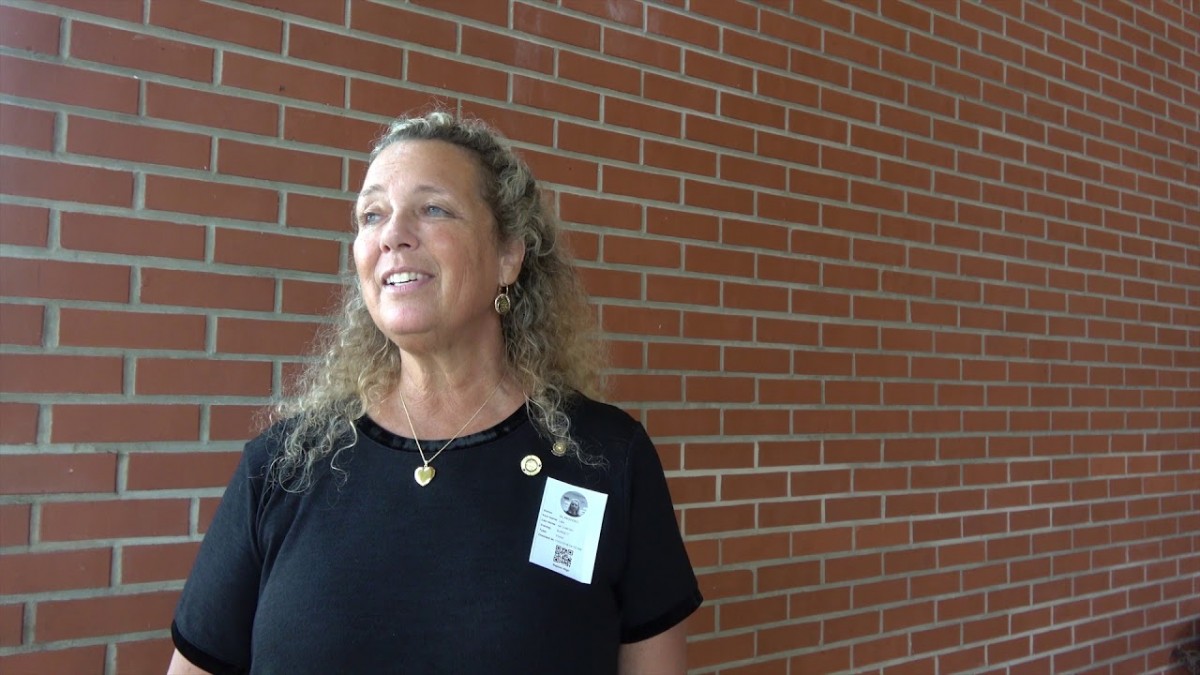 Naples High School invited Lisa McCarthy to be the principal for the day on Nov. 2.

Every year one person gets the opportunity to become principal for the day, and this year Naples High had the honor of having Lisa McCarthy visit.

McCarthy became an honorary Eagle for the day, touring classes alongside of actual NHS principal, Darren Burkett. Students were visited by McCarthy during their class periods. Most students weren’t able to talk to and meet her, but the ones who did came to respect her.

“I met her after my class and she seemed like a very nice lady,” sophomore Carson Fellows said.

Principal Burkett had to loosen up the reins and let McCarthy take over for the day. This allowed him to show her what his daily job is actually like.

“Not only do I have to be in contact with the immediate people I work with, but I’m also responsible for communicating to the student body and their parents,” Burkett added.

Although she had it easy, she said that the reality of being principal is much more than just walking around and looking at how students are doing.

“I thought it was an interesting experience coming into Naples High and observing its students,” McCarthy stated. “I’m also amazed at the amount of different things that Principal Burkett has to do in a day and all the people he has to come into contact with.”