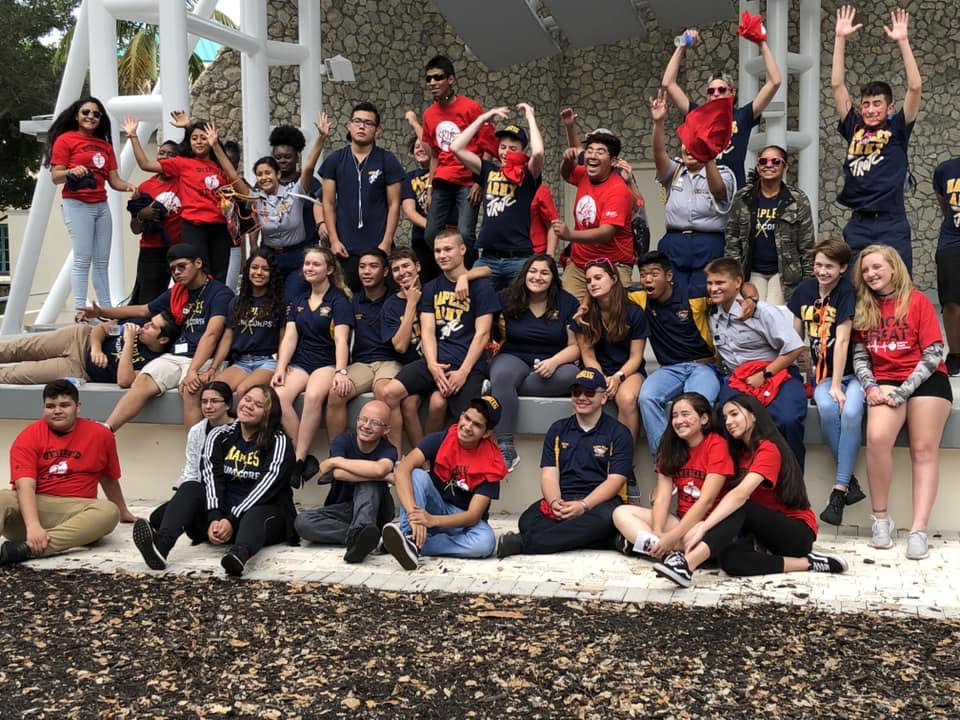 With festivities including face painting, colored hairspray, carnival-like games and numerous photo booths spread around the Cambier Park grounds— Heart Walk started with the drum corp playing at the beginning of the route set to be followed by the participants.

The walk was to be held on Saturday, Nov. 3. The event is meant to spread awareness to the nearly 1 million Americans who are participating from over 305 events across the country— walking 3 miles in support of leading healthier lives, free of cardiovascular diseases and stroke.

“It’s almost as if everybody here is more openly accepting of other people’s battles,” Enrique Barrientos stated. “It’s a loving, caring environment for people who have been through so much.”

The Army JROTC program at Naples High School has helped with the event for numerous years. Altogether, over 40 cadets showed up to assist the event in a variety of ways. Some students showed up at 6:00 a.m. on Saturday to help set up tents in the pitch black, needing to use flashlights to see.

“We support them once a year, they depend on us,” Senior Army Instructor, Lt. Colonel Garrah said. “There’s about 40 to 50 cadets a year.”

The JROTC program supplies cadets to help with playing music for the walkers with their drum corps, a color guard to salute during the pledge and the national anthem, and dozens of cadets to help set up before the event as well as clean up after the event.

“It is important to help the people running the event so it can run smoother,” volunteer David Santiago said.

With all of the cadets’ help, as well as the planned out schedule, the event ran smoothly and worked as a caring environment for those who had lost or are fighting against heart-related diseases.

Not only was the walk touching for the adults attending and walking, but a few of the cadets had a specific relation to the event’s cause themselves.

“A while ago my grandmother went to the hospital for heart related issues and because of the lack of funding the doctors were unable to tell what was wrong,” Patricia Antoniak, a junior in the program said. “So being able to participate in an event raising money, I feel as if I am helping others in the same shoes.”

Altogether, the event raised half a million dollars in funds to help combat cardiovascular disease, just barley short of the $600,000 goal.

Plans for following planned Heart Walk events are already in transition, and Naples Army JROTC will once again offer a lending hand whenever needed.

Give back through the Youth Military Supporters of America Canned Food...