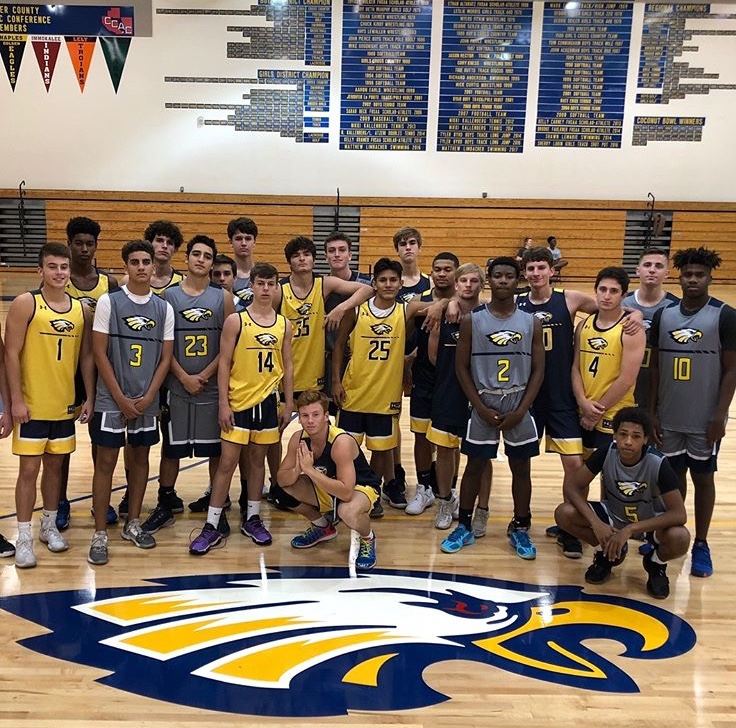 The Golden Eagles boys basketball team has a lot to look forward to this season. There is a new coach, players, and playbook up their sleeves, the Golden Eagles anticipate yet another district championship to end the season.

According to coaches and players, the team has put forth remarkable effort towards preparing themselves for that goal.

“Our team has spent the past 21 weeks weightlifting, shooting, going over plays, and watching film,” junior Hunter Hancock said. “In my eyes we have done everything we needed to do to prepare for our season.”

Along with the strong work ethic shown by the players, the season’s future shines even brighter with the addition of a new head coach.

“The players have made my transition easy by buying into what we’re trying to accomplish and bringing a strong work ethic each and every day,” NHS new basketball coach, Garrett Hull explained. “I expect to get better each game while facing adversities throughout the season to prepare us to make a run at a state championship.”