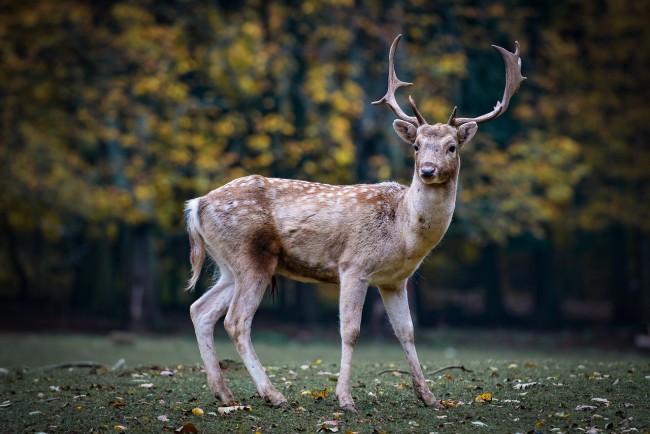 Recent findings have shown that a new virus is sweeping across North America. Chronic Wasting Disease is currently affecting deer, elk, and moose in two Canadian provinces and 24 states.

CWD is a virus that attacks the host’s brain, spinal cord, and other vital tissues. This disease causes the infected animal to experience aggressiveness, loss of concentration, drooling, listlessness and lack of fear to humans.

“I am never going near an animal again,” senior Handel Victor said. “Brother Nature needs to watch out for these crazy deer.”

The director of the Center for Infectious Disease Research and Policy at the University of Minnesota, Michael Osterhold, issued a warning of possible future CWD impact on people. Osterhold explained that the disease is similar to Mad Cow disease. He explained that if people aren’t informed on CWD, then reports of this disease can arise in humans.

The Center for Disease Control and Prevention is informing people that the most likely way to contract CWD would be by eating the meat of an infected deer. They estimate that 7,000 to 15,000 infected animals are eaten by Americans each year.

“I can’t watch zombie movies anymore due to nightmares, but this is a real nightmare coming true,” senior Benji Howard said. “I don’t know the next time I will be able to eat meat safely.”

Zombies have been a thing of fiction for so long; a real zombie type virus is very frightening, but also interesting.

“I hope scientists get this virus under control before it starts spreading to humans,” senior Audrey Balaskovitz said.

As of right now, CWD has not been transmitted to humans and there is no clear answer on whether it ever can. All we can do is report findings of the infected animals and try to be as safe as possible on consuming meat.