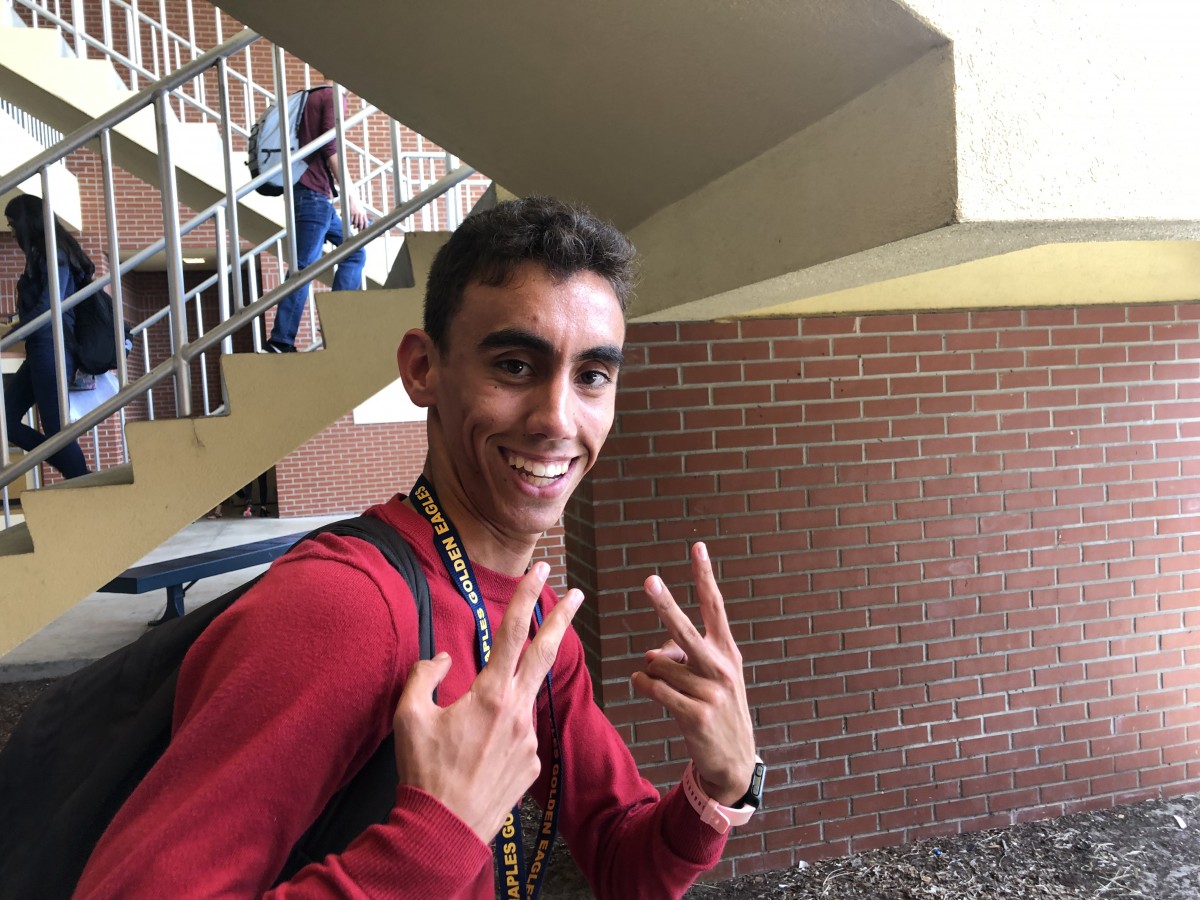 While students throughout Naples High School wrap up their eventful first quarter, junior cross country runner Alexander “Dino” Rodriguez is busier than ever.

On top of his classwork, athletics, and obtaining volunteer hours, he is constantly learning and improving his language skills in English, Spanish, Esperanto, French, Italian, Russian, German, and Portuguese.

Rodriguez has even started to write his very own fantasy novel with the support of his close friends and teammates.

“I enjoy doing various things at once, It prepares my capabilities for what’s in store for me in the future,” Rodriguez says. “My current peaked interest has to be my book.”

“It’s weird, you’d think a guy like Alex may have one or two talents but he honestly never stops,” Rans says. “I really love [the book]. I wish he’d update it more, though.”

As a writer, he enjoys the ability to delve into the culture of other civilizations for inspiration — assisted by his language learning.

“When I learn another language, it feels like that’s a whole other part of a country’s culture is opened up to me,” Rodriguez says. “There are some things only properly conveyed through native language.”

While Rodriguez buries himself with his off-time hobbies, he still finds time for school and athletics and is particularly fond of mathematical courses. His friend Paco Barrientos has to laugh.

“The teacher would go 100 miles per hour and the rest of the class is confused, then I look to Alex and it’s like he understood every word,” Barrientos says.

Barrientos also claims that Rodriguez is a huge help to him, always up for tutoring or simply being there as a friend through hard times.

Known by various things depending on who is asked, Alexander Rodriguez is a writer, runner, language learner, tutor, and a mathematically obsessed teenager all-in-one.

Furthermore, Rodriguez wishes to pursue a career in the field of space research, aiming to one day be able to become an astronaut. To him, his various hobbies are simply leading up to that main goal — a life of being busy to prepare him for exploration in the stars.

Where NHS students are planning to move in the future