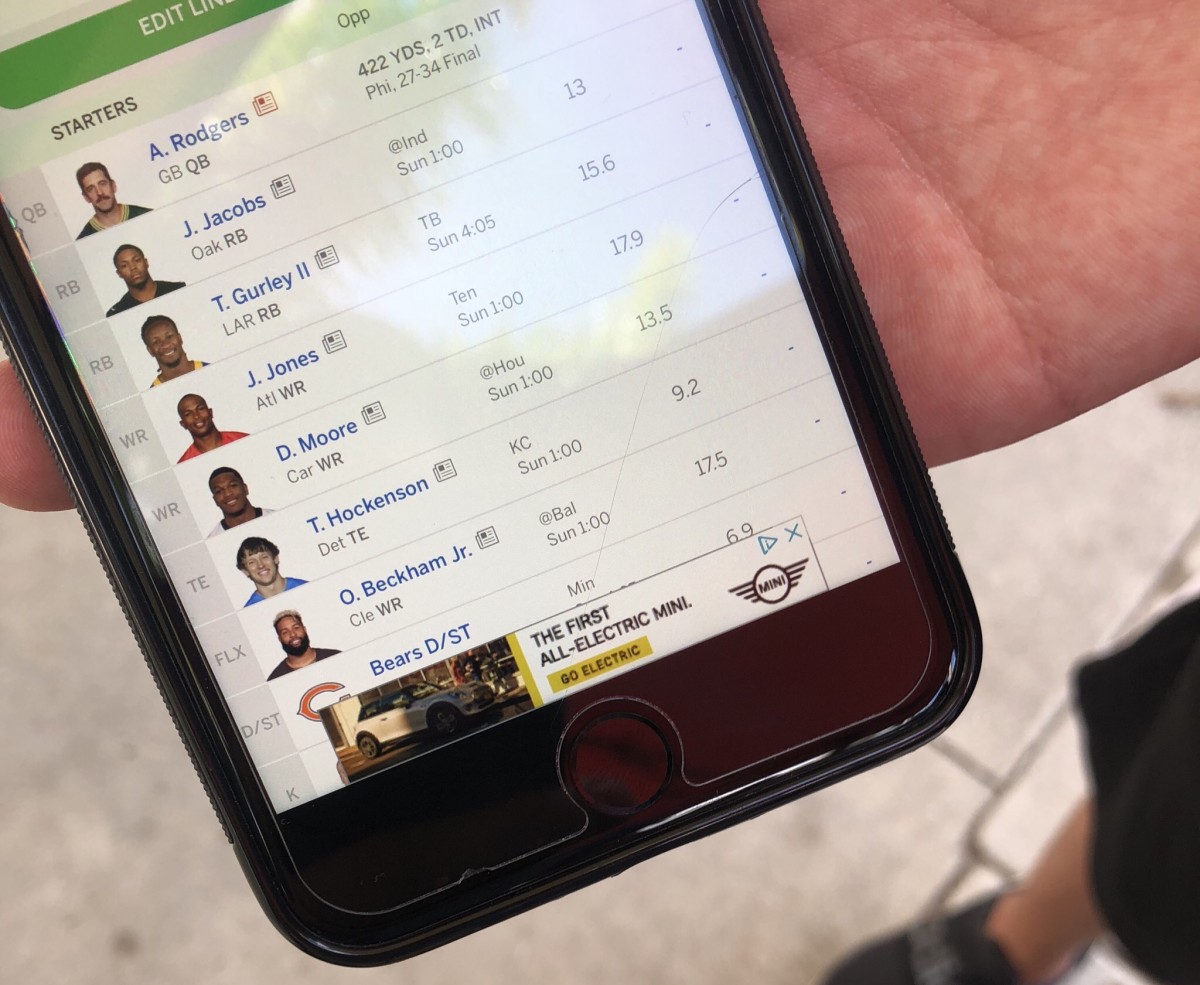 Joining a fantasy football team can give the sensation of joining a team and actually playing. Some even get to feel like NFL owners because of their ability to draft players onto their teams. For others, it creates a talking point for friendships.

Football has been a pastime for American households for many years, but with the addition of fantasy football, fans can compete against their friends to be the best in the league.

“I like watching my players do well during the game and watching how many points they get on fantasy,” senior Tomas Restrepo said.

Students join a league with their friends and many times other students are added from outside the main friend group. This can be an opportunity for new friendships.

“My friend added me to a league and I met some new kids even though I’m not good at it,” junior Carson Fellows said.

Some students even find a place to watch the game outside school. Some popular places tend to be favorite restaurants or friends’ houses.

“Our group chat came together and we watched the game at my friends house,” freshman Michael Graziano said.

The small notion of bringing kids together can be an empowering feeling as some kids don’t have as many plans. Although some students have busy weekend plans, others are left at home for most of the weekend.

“I like being able to compete against my friends and beating them every week,” sophomore Allesandro Martin said.

The friendly competition between friends and classmates is a good way to socially connect and make new friends, especially for school students.