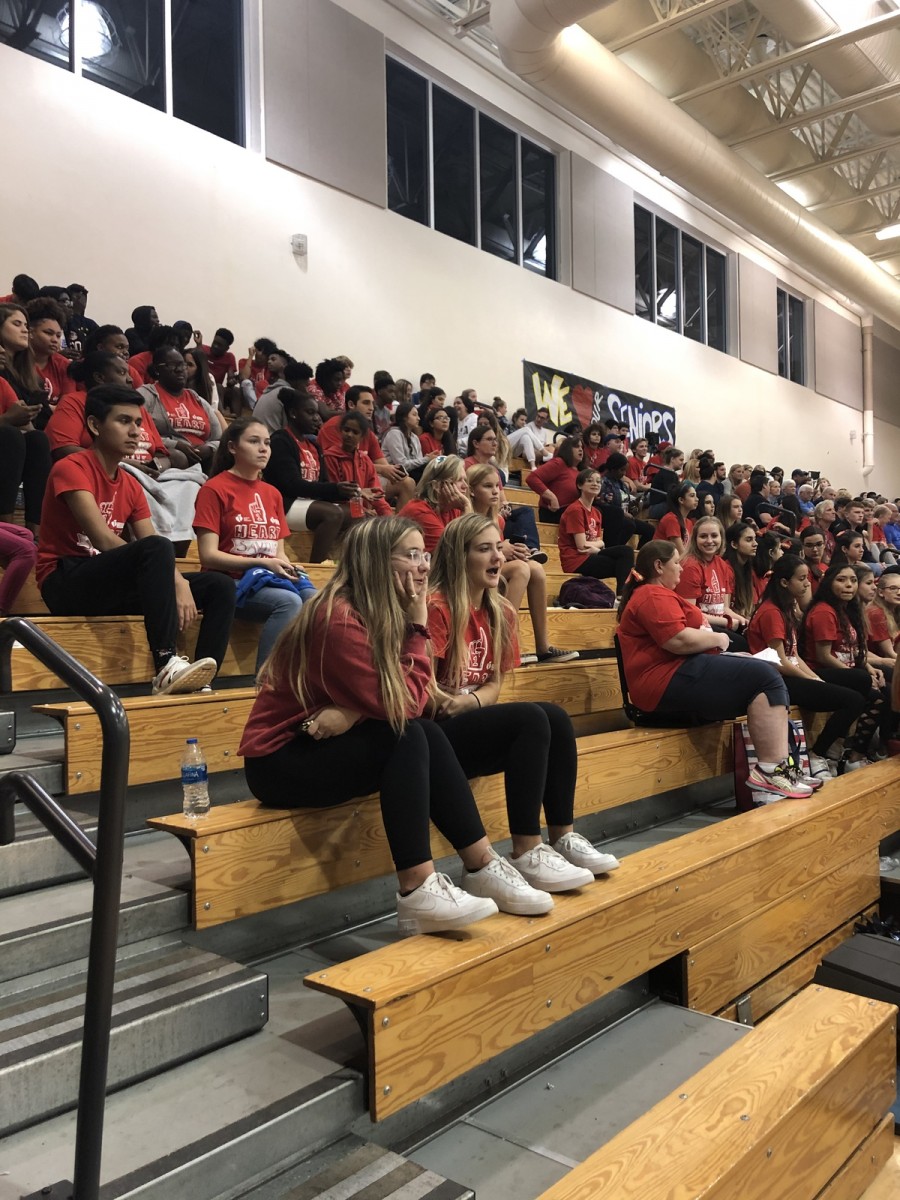 Basketball players, cheerleaders and fans dressed in red attire for the annual “Red Out Game” Jan. 30 in the NHS gym. The purpose of the annual event is to spread awareness of heart disease and to honor of the former basketball manager Kyle Fernstrom, who passed away 15 years ago.

“Kyle had a heart disease. He was born with a heart defect, and he couldn’t play basketball, but he wanted to be a part of the team,” Shelly Church, Kyle’s mother, said. “He was the biggest cheerleader for the basketball team when he was alive, and he was just a very energetic, passionate man.”

By the end of the game, Naples won against Golden Gate 67-37. It was a huge success for the boys varsity basketball team, and it showed NHS pride against heart disease.

“We did this for Kyle; we all played good as a team,” basketball player Damian Shafer said. “It was just a good win overall.”

Nearly everyone wore red shirts to honor Kyle, including the players, the cheerleaders and the supporters. The shirts were bright red and had the words “Kyle Fernstrom” printed on the back to represent the former team manager and heart disease awareness.

“The other teams that we are competing against will also learn about the awareness by our special shirts,” Coach Jennifer Berning said. “It’s a way to help people understand that there’s other ways to spread the message.”

Kyle had a congenital heart defect since he was born, but that did not stop him from getting involved with the basketball team. He was a very energetic, kind person who always rooted for NHS at the games. He had a passion for basketball, and one of his favorite basketball players was Michael Jordan.

“He would get very entertained and lively every play that would happen,” Coach Garrett Hull said. “Kyle was just an amazing kid; he had a big heart.”