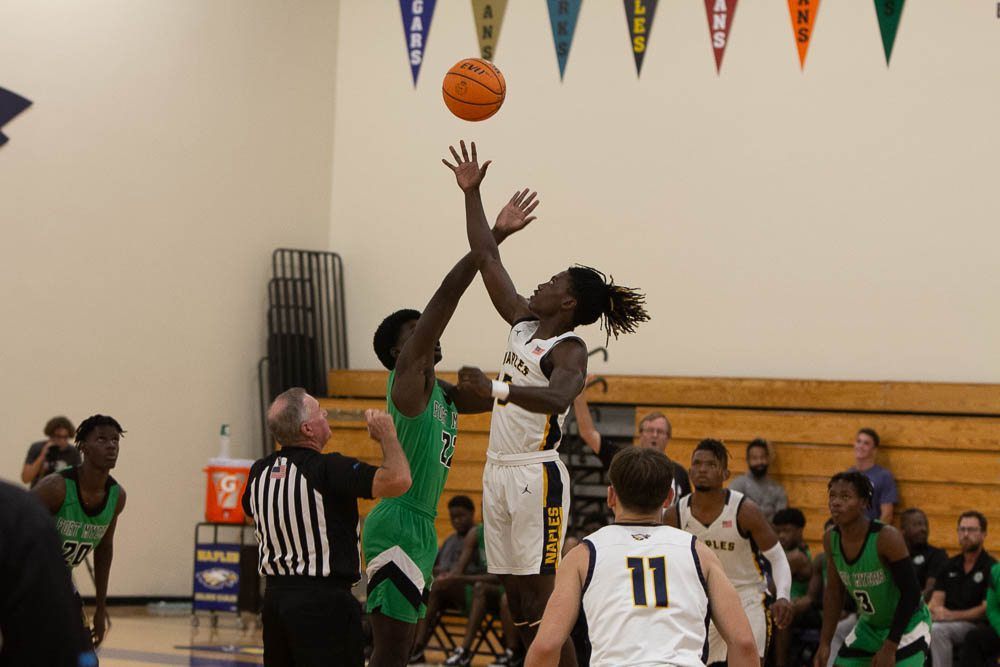 The Naples High basketball team is off to a rough start at the beginning of the 2021 season due to two back-to-back losses.

The season officially began on Nov. 26 with a loss to Mariner by four points. Naples High lost to Southwest Florida Christian the next day. Although they had back-to-back losses, the team’s spirits aren’t dwindling.

“We competed against two tough teams, we just came up short. That is only going to make us better in the long run,” Head Coach Garret Hull said. “Locker room atmosphere is great!“

Since the two losses to open the season, there’s been nothing but victory. The team has won both of their games since, with a win against Lake Wales and district rival South Fort Myers.

Winning regular-season games isn’t the end goal for this team. They want to become the first Naples High basketball team to hoist the state championship trophy into the air.

“Our goals are the same, which is to bring home the State Championship in basketball for the first time in Collier County history,” Hull said. “ A lot of blood, sweat and tears have been shed this offseason in preparation for this season. I don’t believe you’ll come across a harder working team than the young men we have at Naples High.”

Students at Naples High are always excited to see their teams win. Even in trying times, the fans will still show up.

“Currently we haven’t been able to make ends meet, but that doesn’t mean we’re not a great basketball team,” sophomore Jade Rock said. “We just have a few kinks and once we straighten them out we’re gonna be great!”