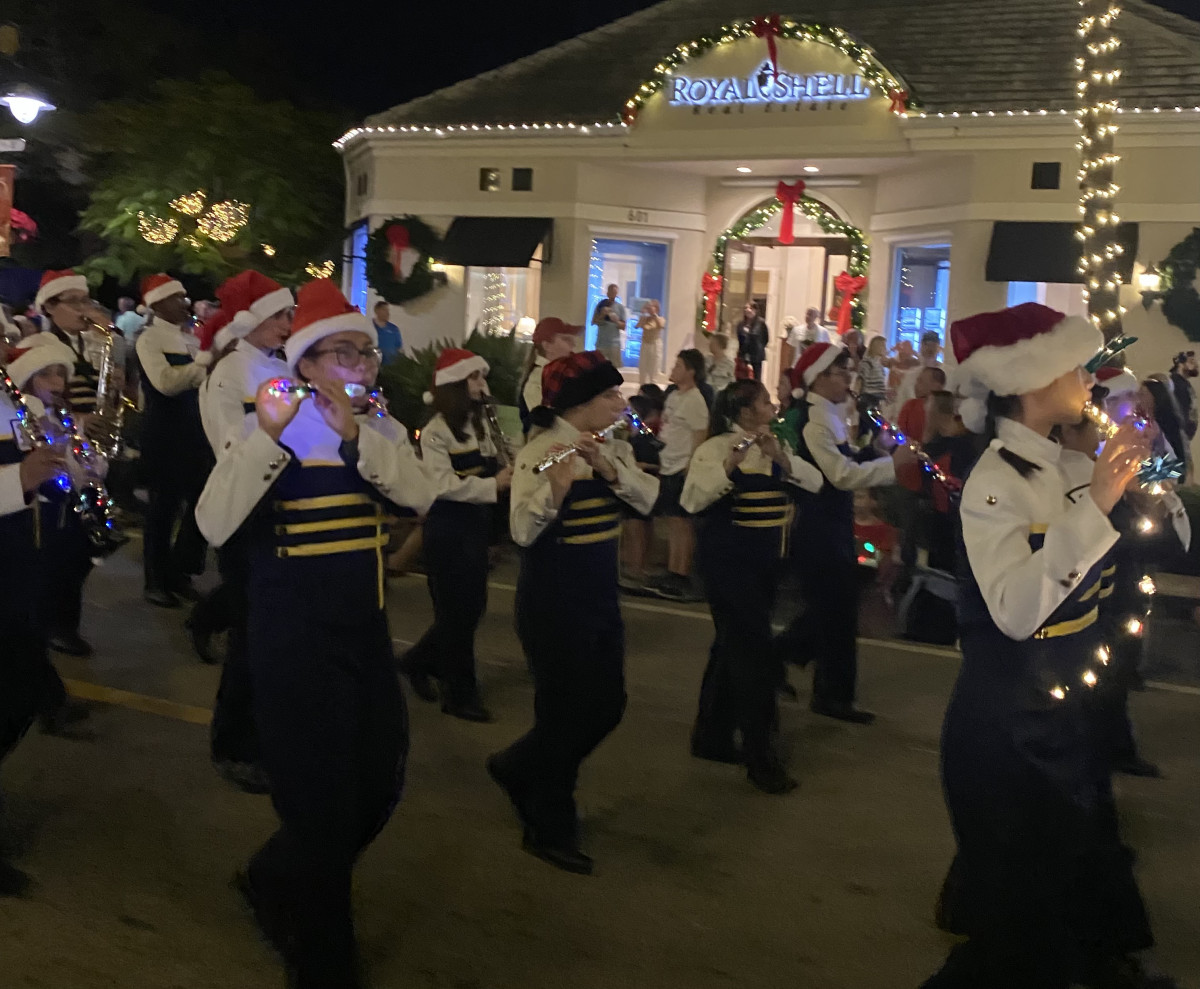 The Golden Eagle marching band was able to perform in the Naples Christmas Parade on Dec. 7 after days of preparation and practice. Director of Bands Brian Grieb expressed that the marching band spent a week learning music and practicing any skills needed to perform. The Monday rehearsal and hours spent practicing contributed to the success of the Golden Eagle Marching Band during the parade.

“When we do that rehearsal, it helps us by practicing being in a parade block and making right hand turns,” Grieb said.

The Naples Christmas Parade has been a huge transition from the typical performances that the marching band has performed in this year. Junior Dawson Huynh explained that the performance did not include challenging music or drill. The celebratory marching provided a time for band members to enjoy the upcoming holiday festivities.

“Most if not all of our performances this year were graded or scored, so really, the Christmas parade is an opportunity to have fun and perform for our city,” Huynh stated.

The preparation for the Naples Christmas Parade has brought Golden Eagle Marching Band members closer than before. Due to COVID-19 restrictions, the marching band was not able to participate in the Christmas parade last year. Through hard work and collaboration, band members were ready to perform despite past challenges.

“Since the sophomores have also never marched in the parade, it was up to the seniors and juniors to tell us what to do,” freshman Savannah Toro said. “After a while, we got the hang of it.”

The music played by the Naples Christmas Parade was a crucial part of the performance. The Director of Bands has the duty of selecting a piece that was suitable for the parade and band members. The music piece chosen for the parade was “Sleigh Ride” by Leroy Anderson.

“We decided to go with something that was traditional and easily recognizable that the crowd would like,” Greib said.

The Naples Christmas Parade is an event that the Golden Eagle Marching Band has taken pride in being a part of for years. Grieb and the marching band members hope to continue the tradition in future years as well.

“It really wouldn’t be the Naples Christmas Parade if the Naples High School Marching Band wasn’t a part of it,” Huynh said.