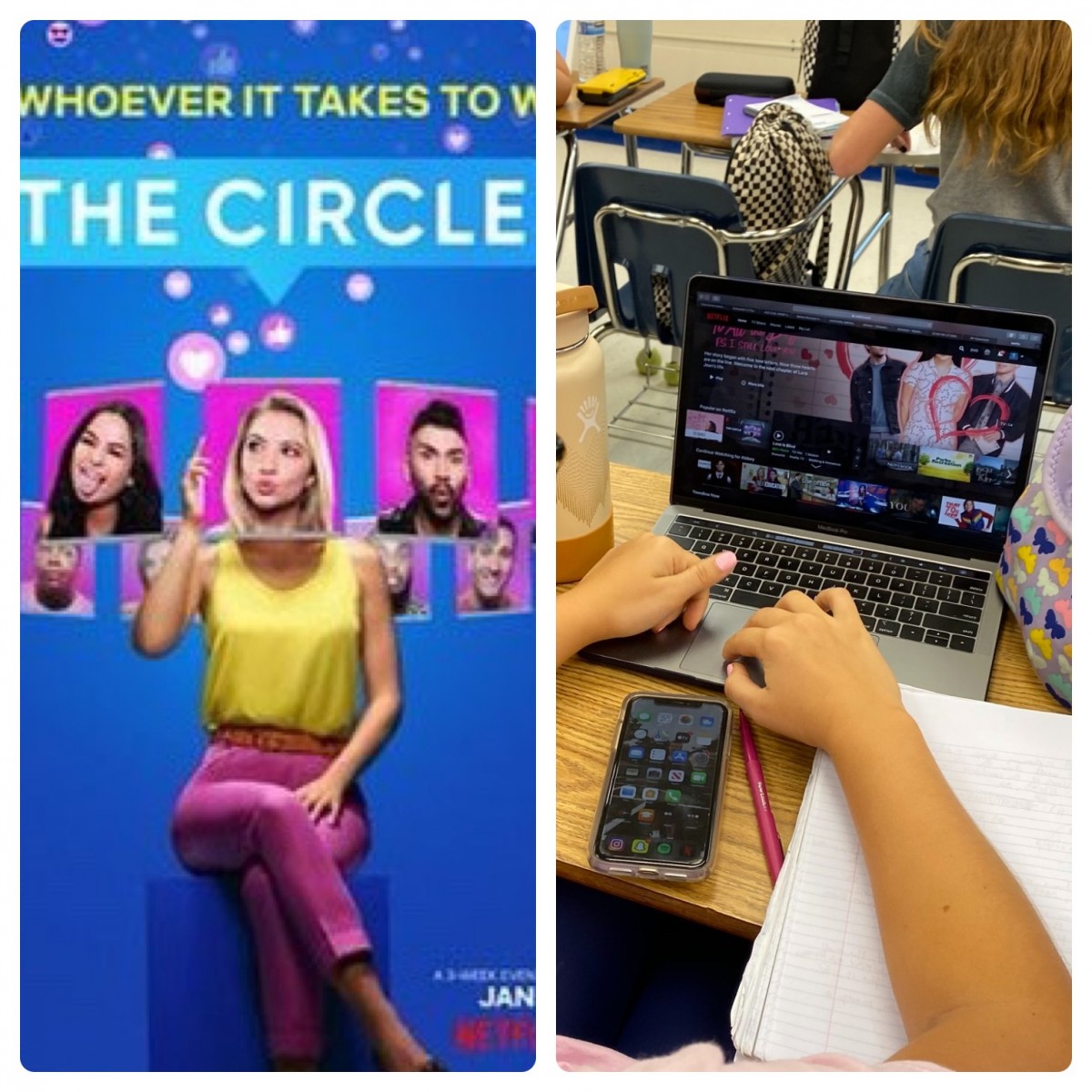 Netflix has become a big hit for TV and streaming over the past couple of years. Netflix originals come out every month. One of Netflix’s biggest hits for the month of January was “The Circle”.

The Circle is an original Netflix show where strangers come together for a chance to win one million dollars. The only catch is that they can not interact with each other face to face. They are only allowed to contact each other through social media.

“I don’t think I could survive an entire month with no face to face interaction,” sophomore Olivia Reid said. “Staying away from your family and friends must be really hard and a big consideration before coming onto the show.”

The players of The Circle can choose to play as themselves or as anyone they desire to be. At the end of the day, they have to rate each other. The person with the highest score gets to remove a player from The Circle, which makes them eliminated from winning the game.

“I love watching The Circle. It’s definitely become one of my favorite TV shows and I am excited for season 2 to come out,” junior Chloe Kemen said. “I end up watching the show for two hours when I planned on 30 minutes of it.”

Season 1 of The Circle has come to an end; however, season 2 is currently being filmed.

“The Circle is such an interesting show,” freshman Peyton Messino said. “It really shows how you never know who you’re really talking to on social media, even if they swear they are real.”

Season 2 of The Circle is planned to air on Netflix by the end of summer 2020.