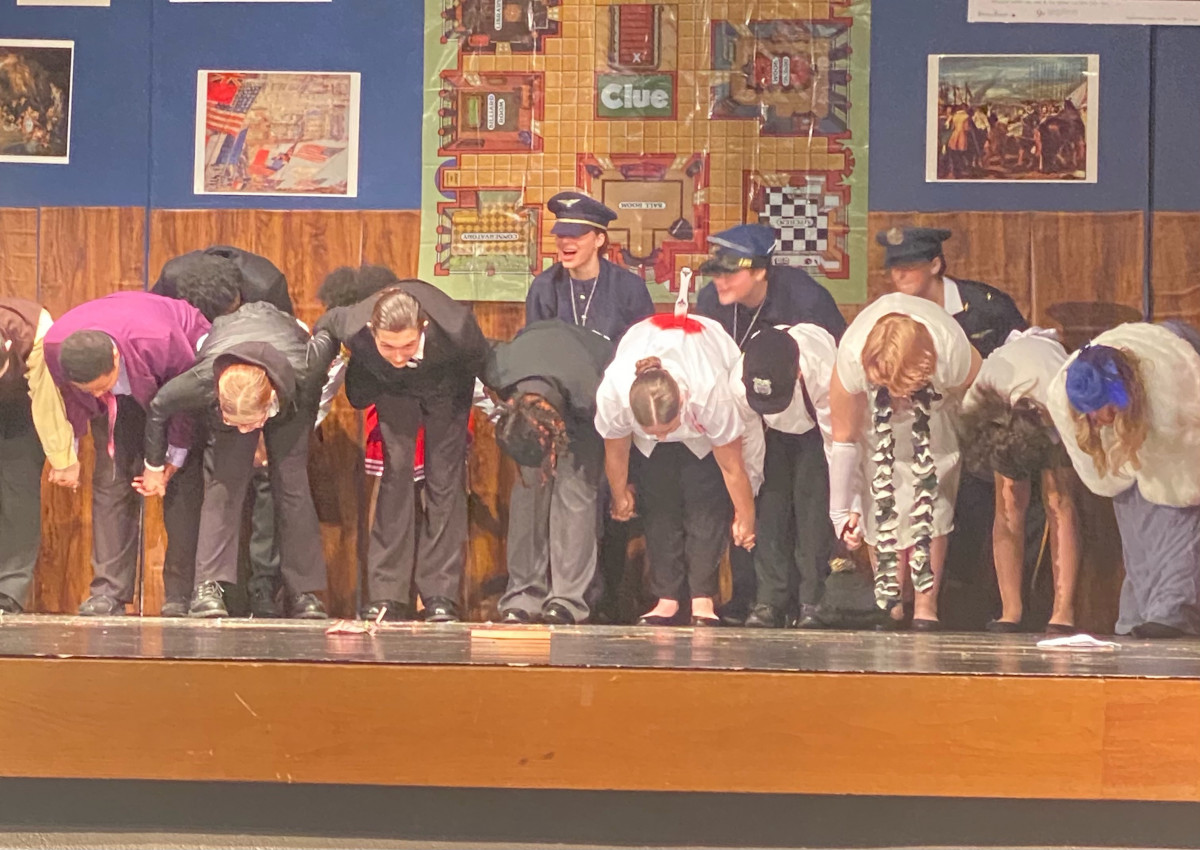 The Naples High theater students have put on a performance based on the famous board game Clue. The students and staff spent countless hours working to perfect the props, acting and the case behind who is the murderer.

Art teacher Chelon Benitoa-Perez had offered to help with the set building and art. She had also made two of her classes join and help paint the props.

“There was a dining room backdrop, study backdrop, the conservatory, the kitchen, billiards and the library,” Benitoa-Perez said. “Mrs. Hayford from the library, Mrs. Meinert, [and] Mrs. Quintero [helped with the set].”

The theater students made the props move around, creating a flourishing performance with inanimate objects falling on victims in the script. The classes showed commitment and readiness which they had portrayed in the performance.

“I think the students were well prepared and put in a lot of after school time and six weeks of in-school time,” Lauren Meinert said. “We did one week of dress rehearsal and then five weeks during school performances.”

However, senior Emma Clark explained that there were some difficulties that they had faced with the props. Their improvisation and quick reactions during the play pulled various elements together into a successful play.

“I think they did really well, and they surprised themselves on how well they did in such a short amount of time,” Meinert said.

A look into the life of NHS student and musician Lexi...