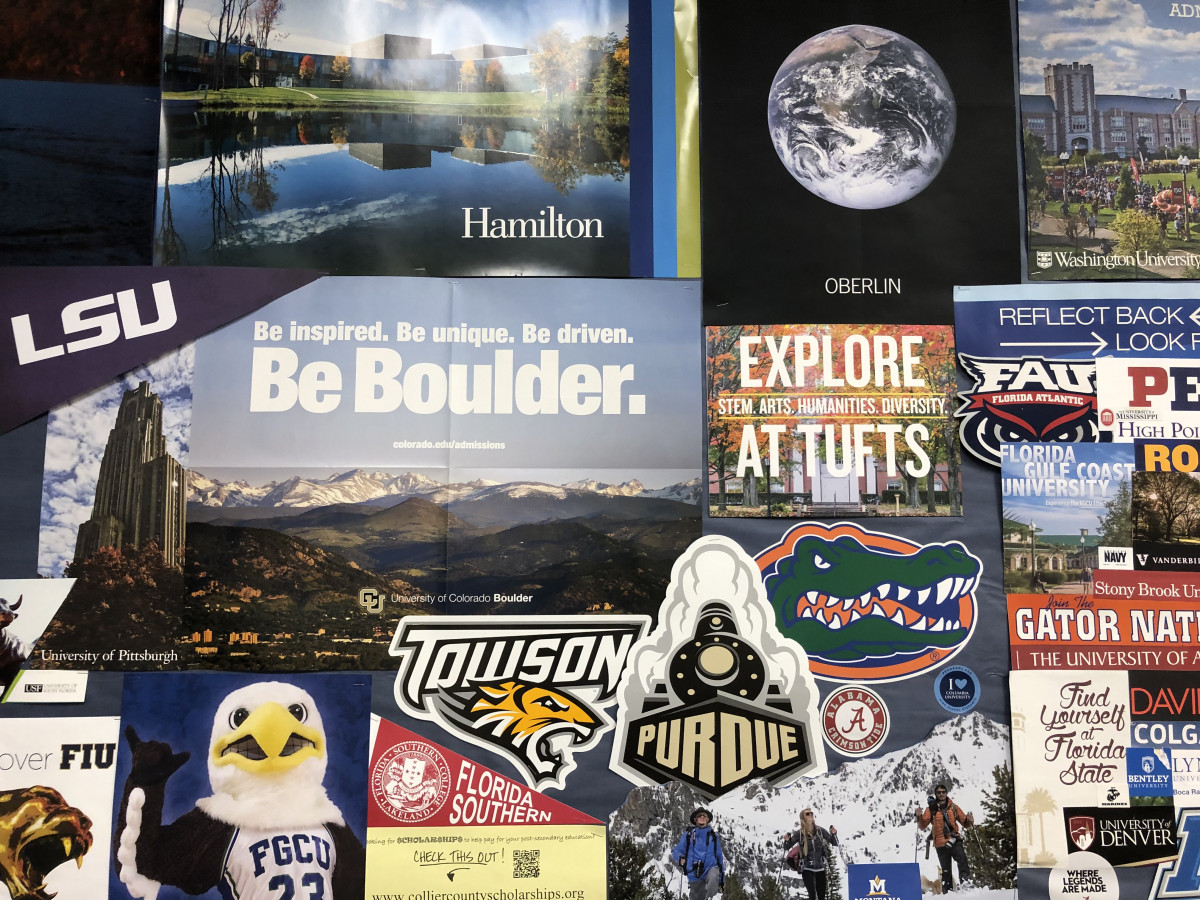 The coronavirus pandemic has taken its toll on all aspects of student life including college admissions. The most recent admissions cycle has seen unprecedented numbers of applicants and record-low acceptance rates to elite universities.

Harvard University saw a 42% increase in its applicant number for regular decision while Stanford University’s acceptance rate dropped to just 4.65%. For any junior who wants to pursue admissions to a top tier college, these numbers can be daunting.

More daunting than numbers is the idea that a culmination of four years of hard work and stress may not even be enough to gain admission to these universities.

There are a number of factors that play a role in college admissions. Some of these factors such as grades, test scores and personal statements are controlled by students. However, there are many factors these colleges consider that are uncontrollable.

Ghorayeb hopes to apply to Georgetown University’s School of Foreign Service in the fall. This year, the school had a 10.8% acceptance rate and experienced a 20% increase in applicants. Schools like Georgetown place heavy emphasis on extracurriculars in admissions.

“I spend at least five to seven hours a week on outside commitments,” Ghorayeb said. “That is split between sports, clubs, volunteering and test preparation.”

Extracurriculars have been impacted by the coronavirus pandemic. Many clubs, tournaments, volunteer opportunities and summer programs around the country saw cancellations in recent months. In some cases, however, the pandemic provided students with more time to pursue unique activities.

“Last year, I would have to do my singing lessons until 10 p.m.,” junior Lexi Anand said. “Now, I am able to do my lessons during the day, so I have actually started to study songwriting under an NYU professor.”

Athletic recruiting to prestigious universities requires both academic merit and incredible athletic ability. Much like students dedicating hours of time to extracurriculars, these athletes dedicate hours of time throughout their life to perform in certain sports. Junior Lane Calkins committed to Princeton University for lacrosse last fall.

“Lacrosse has pretty much been my life since I was five years old,” Calkins said. “Depending on the week, I spend three to five days and one to eight hours per day working on lacrosse.”

Academic merits and a student’s GPA are two of the most important aspects of college admissions. In order to maintain a high GPA, some students may spend over three hours a day on schoolwork and take over 10 AP or AICE classes in their high school careers.

Due to Naples High’s policy, many students may pursue extra AP or AICE classes in order to raise their weighted GPA. This can cause competition between students to take the most classes even if they are not interested in the material.

“I feel like when I choose classes, I try not to think about what everyone else is doing,” Anand said. “This year, I have decided to take choir even though I am not going to get the weight, just because that is authentic to me and what I want to do.”

The college admissions process to elite universities has been under scrutiny after the release of the Netflix documentary Varsity Blues. The documentary showed many coaches at big-name universities accepting payments to let students in as walk-on athletes even though they did not play a sport. The documentary coined the terms side-door and back-door as alternatives to the normal admissions process where parents could pay millions of dollars to ensure that their children were admitted.

Junior Emilee Huynh noted that she often felt outside pressure from the media and stereotypes to pursue admission to prestigious universities such as Harvard or the University of Chicago.

As the 2021-2022 admissions cycle nears, many students will face extreme amounts of pressure to be admitted to their dream schools. However, Huynh believes that juniors should take a different approach to the process.

“The best thing for any student to learn about the college admission process is you will end up where you need to be,” Huynh said.