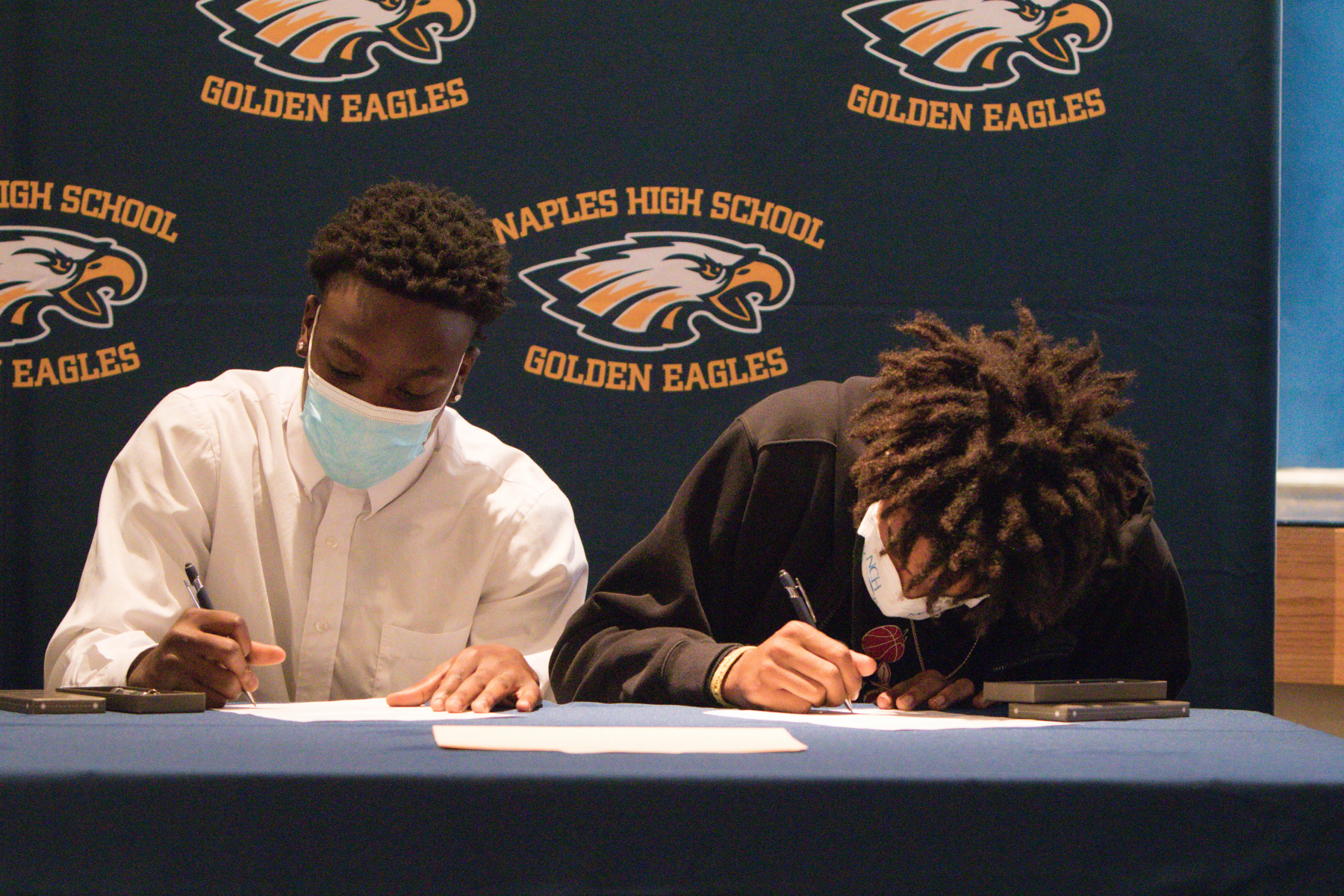 Eight student-athletes signed their letters of intent to continue their athletic endeavors into college Friday morning.

Stephen Bole will be playing college soccer at Oglethorpe University in Brookhaven, Georgia. Bole garnered All-Area Honorable Mention, an impressive feat in a competitive region such as southwest Florida.

Carson Fellows will be playing college baseball at Lakeland Community College in Kirtland, Ohio. Fellows has been a dual-threat player, manning first base as well as the pitching mound. As a senior, he is a team captain and he will also be playing in the senior all-star game.

Ashley Zimmermann will be playing golf at Southern Union State Community College in Wadley, Alabama. At NHS, Zimmerman has earned four varsity letters in golf and was a team Co-Captain. She was also first-team All-Conference this past season. In addition to golf, she has earned four academic letters, is a member of the National Honor Society, is active in FCA, is on the JROTC Rifle, Drill, and Color Guard teams, and in the Physics, Astronomy, and Chess Clubs.

Mischael Francois will be playing soccer at Eastern Florida State College in Cocoa, Florida. Francois is extremely versatile; he is both a brilliant defender and a talented, dangerous striker.

Andry Salazar will be playing soccer at State Fair Community College in Sedalia, Missouri. Salazar earned three varsity letters on the Naples High School soccer team and this past season he earned Collier County Athletic Conference Honorable Mention. Andry, like Mischa is a very versatile soccer player who can play in defense, in the midfield or up top.

James Cone will be attending Rollins College where he will compete in rowing. Cone was a three-year letterman in basketball and one in track. Cone was not only a standout on the court but in the classroom as well. He led the team with GPA over the past two years.

Johnson was a two-year letterman in basketball and boasts the most improved player this season.

How social media is bringing the NHS girls basketball team together