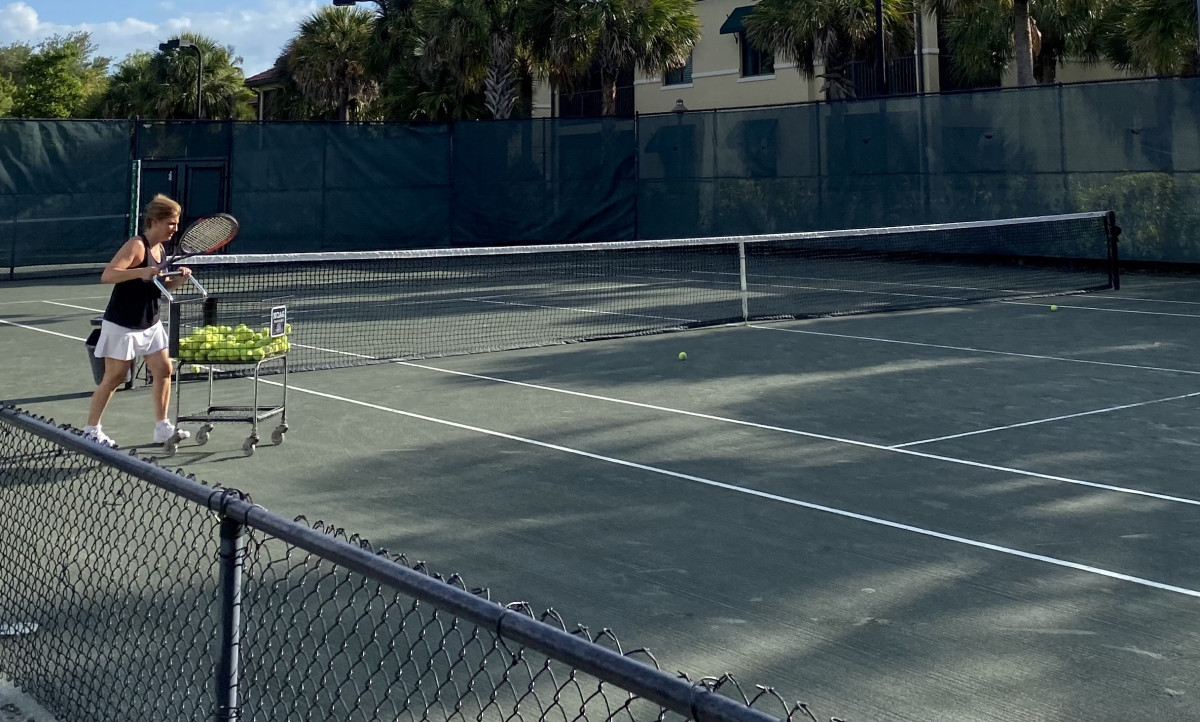 Racquets, nets, sweat and hard work are the fundamentals of tennis. At Naples High School, the girls varsity tennis team aims for challenging matches that they can learn and bounce back from stronger.

“The greatest concept about a team is that everyone is family,” third year member of the varsity tennis team Elle Meister said. “When the team is ultimately under pressure we gather together as a family to support each other.”

Technique is crucial in the world of tennis, something as small as hitting the ball at just the right angle can make the difference between a match point and a fault. One of the most honest ways players learn is from each other, and having teammates who help improve each others’ game knowing that the result will lift the team.

“One technique I have picked up from the team is bouncing the ball before I serve,” freshman Cassidy Tsang said. “Although this doesn’t sound like much, it really helps calm your nerves before the point.”

Playing tennis is just as much a physical challenge as it is a mental one. Knowing how to keep one’s cool comes with practice, and leaning on fellow teammates for support is common in this individual yet unified sport at NHS.

“I am super excited to try out for the team next year and learn more from my team,” sophomore Skye Moore said. “This season had a lot of well-earned victories…in the singles and doubles games.”

Teamwork in tennis is different than in other sports. Many games that are played tend to be one on one with the opponent, and there is no leaning on anyone else for help during the point.

“Throughout playing tennis for many years on this team, you learn to seek independence,” Meister said. “When you step on the court it’s just you, your racquet and the weight of the team in your hands.”