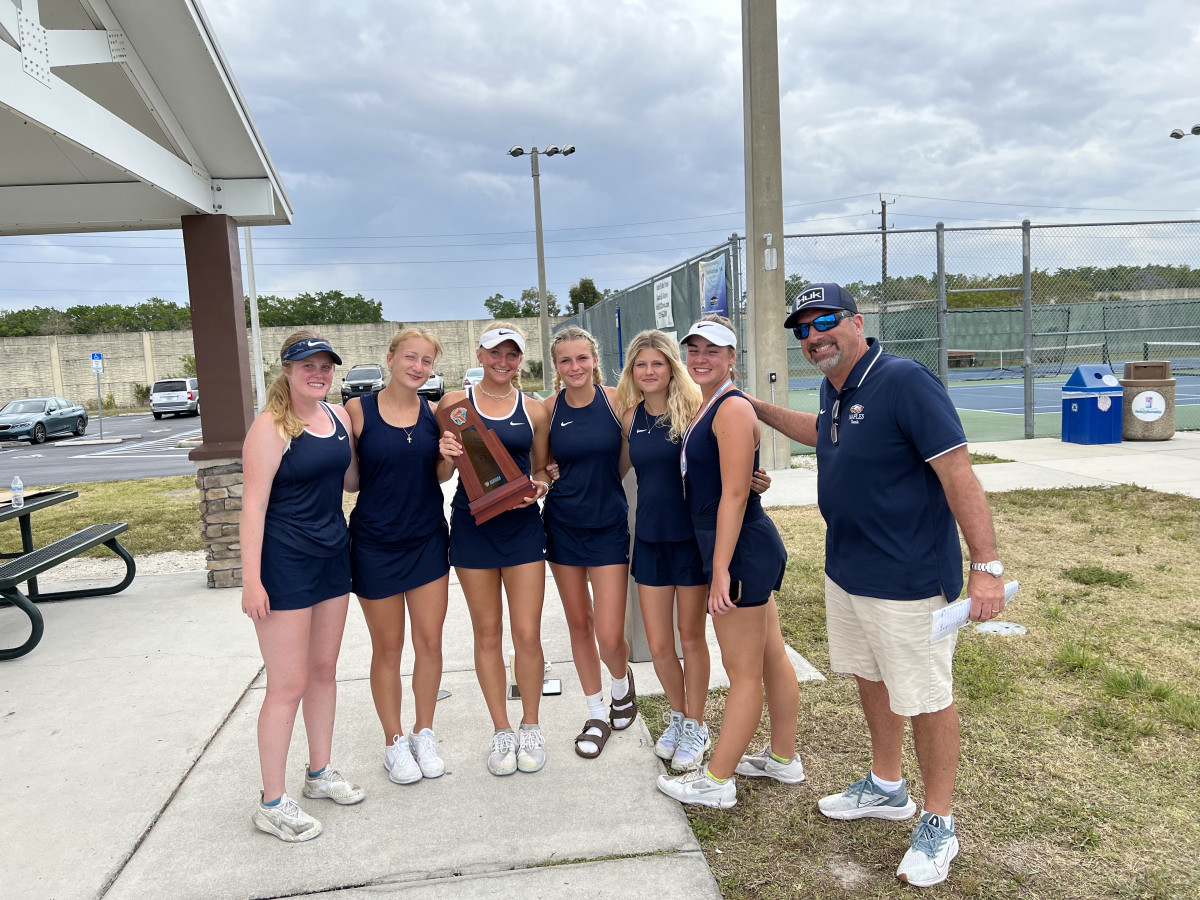 The girls varsity tennis team made it to regionals for the first time in four years. It was an immense moment for the team and was done through hard work, dedication and teamwork.

“Regionals was a great experience,” senior captain of the tennis team Marissa Akins said. “Making it to regionals felt very accomplishing. I think our performance in the postseason this year sets the tone for what underclassmen will train to achieve and surpass next year.”

The competition was tight and the stakes were high, but the girls earned their spot at regionals. By communicating and using what they have learned, they took the victory at districts.

“Districts was full of anxiety,” senior Elle Moore said. “Naples really wanted to win this, as we had never gotten this far in a tournament. In the end, it was very close with Fort Myers High School, but we took the place of district semifinalists by one point.”

Setting a good example for the new players on the team can set up the team’s success for years to come. By teaching through example and being a role model, players can learn quickly.

“This is my second year on the team and I am so happy to have been able to experience the game with my teammates,” sophomore Farrel Carron said. “By watching the upperclassmen, I have grown to have confidence in myself and my abilities.”

Learning new things is a necessary part of playing sports. Although it is hard on the physical level, mentality is just as important.

“You have to have patience,” Akins said. “Your shots don’t always go the way you want. You have to think past your doubts and not give up mid match. The best results are shown when you stay strong both physically and mentally.”

Having good sportsmanship and commitment led the girls to have a long and fulfilling season.

“It felt like we truly accomplished our best and played our hardest, as Coach Eaton would say, ‘for some hardware,’” Moore said.

The girls ended this season with a loss to Barron Collier in the regional semi-finals. Despite the loss, this is the furthest the team has gotten in years.