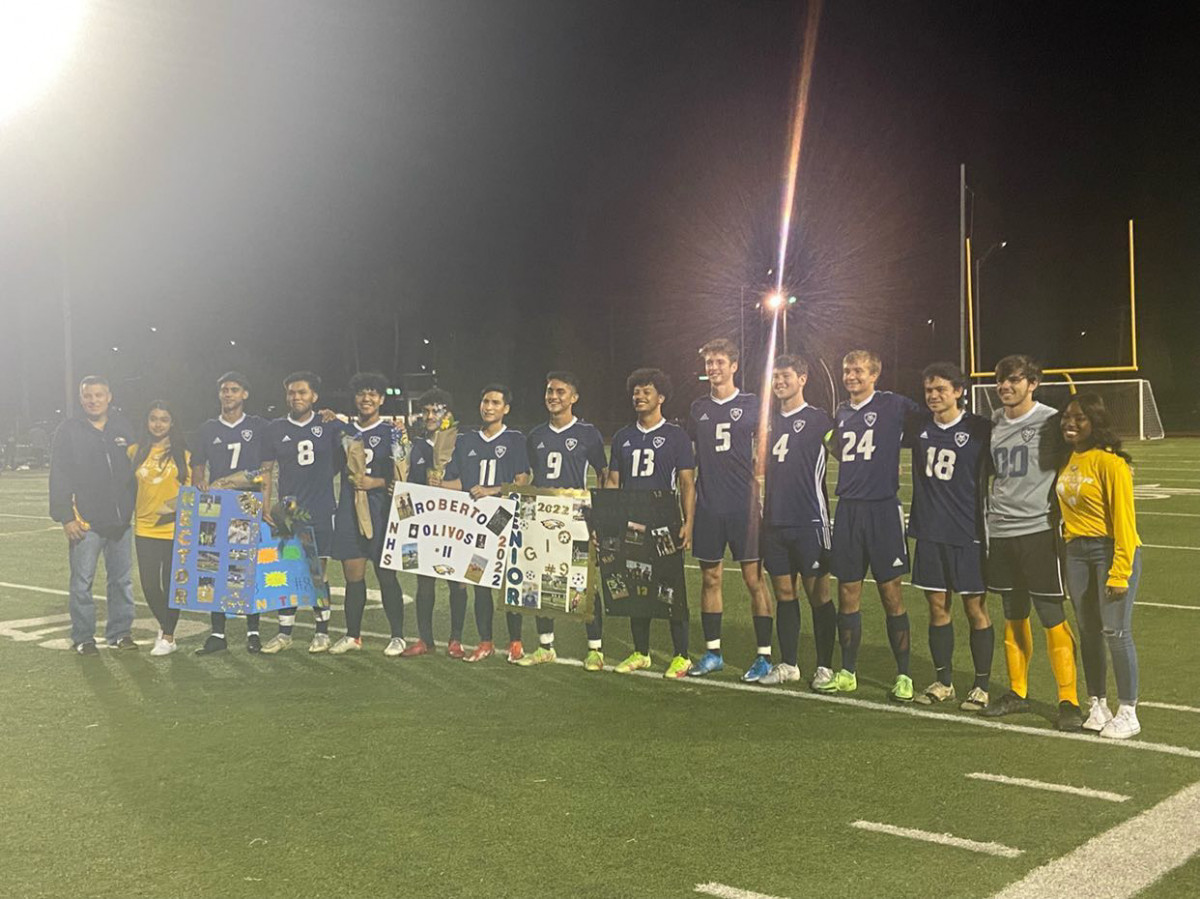 The Naples High School (NHS) senior night was held on Jan. 21, where seniors on the NHS varsity soccer team and their families celebrated the players’ athletic achievements throughout their four years of high school.

“The senior night means a lot for the players as we celebrate the culmination of the years of hard work and commitment,” senior soccer player Hector Guevara said. “We recognize each of the senior’s contributions to the team and school, also it acknowledges the support of their families and friends.”

Senior night is an important night for high school soccer players and is something underclassmen can look forward to in their future if they decide to continue playing until their fourth year.

“It’s a night to look forward to as an athlete in high school,” senior soccer player Juan Hurtado said. “It’s a chance for seniors to leave a mark on the school and make their families proud.”

As well as being a night to anticipate, it is also an emotional night for the senior players as it is the last home game of their entire high school career.

“I think senior night is really important because it is the last home game with your teammates and it is sad leaving that night,” Guevara said.

Similarly, senior NHS soccer player Joshua Wiesen believes it shows that the school appreciates the players and their families.

“It means a lot to the players and their families because it shows they care about them,” Weisen said.

Seniors who participated in the senior night believe that this tradition should be continued as they want the incoming and future seniors to have their own special night.

“I think this tradition should be continued because it is a recognition to all the seniors of the school,” Guevara said. “Juniors that are becoming seniors deserve it because it is the stepping stone to college.”

Senior night is a night that represents a seminal piece of a student athlete’s high school experience. It recognizes and shows appreciation to all the seniors who gave it their all for their team and their school.

“It recognizes the kids that have been putting in their blood, sweat and tears for the past four years for the team,” Wiesen said.