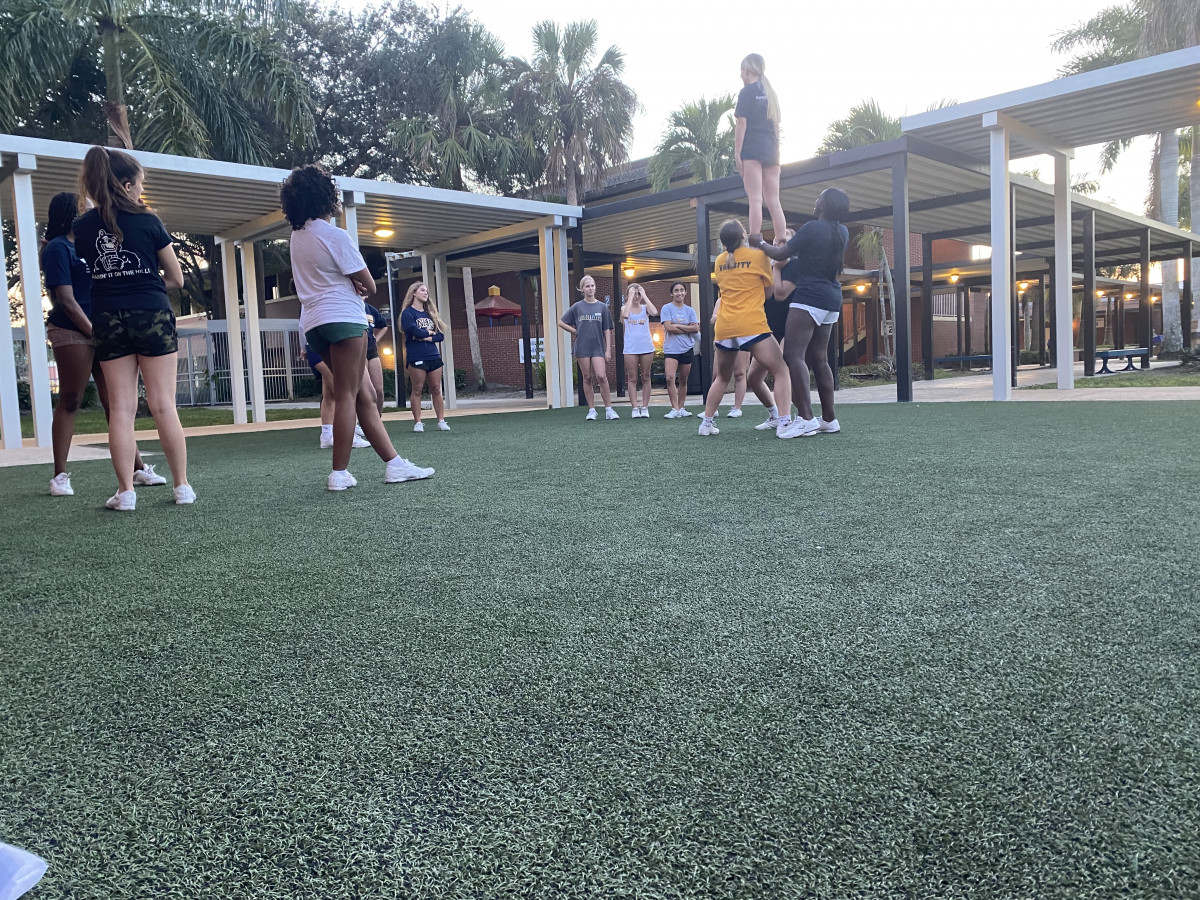 Basketball Cheer clinics were held at the beginning of December. During this time, the coach, Jennifer Berning, decided who would be joining the team, with three levels being available: freshman, JV and varsity.

Students who wanted to join the team were instructed to learn the routine. At the clinic, they had to perform the choreography.

“Our job during tryouts was to learn the material taught to us in the two days of clinics,” sophomore Lindsey Beaber said. “We learned two cheers, two dances and went over jumps.”

Stunts are an important aspect of the routines. They make the team seem more professional and make the crowd spirited.

“The coaches give us ideas for us cheerleaders to try out, such as a stunt idea,” sophomore Anya McLaughlin said. “If everyone feels comfortable doing the stunt after practicing it, then we have achieved a new stunt to perform for the games.”

A strong sense of community is important for a cheer team. Without trust, stunts are nearly impossible.

“I think that tight connections are made throughout the season,” Beaber said. “We all have our laughs and have a lot of fun together, even on slow or busy days.”

Many people don’t consider cheer a sport because of the difficulty level. In reality, cheer consists of daily workouts and muscle training, which are extremely time consuming and challenging.

“We are not considered a ‘sport’ in Collier County, but a ‘club’, so we can’t compete,” McLaughlin said. “We do all our own fundraising too–the athletic department does not fund us any money because of our ‘club’ status.”

The stereotypical cheerleader depicted in pop culture has a rude persona and a higher social status. This “mean” personality isn’t genuine because a bond with teammates is imperative to succeed.

“A good cheerleader is there for his or her teammates and tries their best to make themselves as well as their team the best that they can be,” Beaber said. “Every season, a few girls know each other from similar classes, but by the end, we all have good relationships and are there for each other.”

Which AP classes should you take? A guide to the hardest...