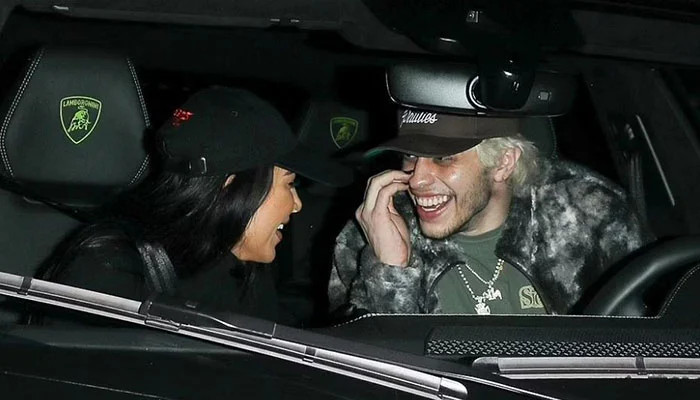 Rumors can make or break a person’s career, and publicity stunts are very common in the world of celebrities. Since Kim Kardashian hosted Saturday Night Live (SNL) in October 2021, Kardashian and SNL cast member Pete Davidson have been seen in public together.

They first connected when they shared a kiss that was part of a skit on SNL and continued to explore their relationship further. Is it a real connection or just for show?

“I think Kim and Pete’s relationship is definitely a hoax to get attention,” sophomore Robby Diers said. “She just got a divorce with Kanye, and the relationship doesn’t make any sense.”

A popular opinion about the relationship is that they decided to spread these rumors to help promote each other’s status and stay relevant. For example, Kardashian released items from her clothing line Skims when the rumors started, and they sold out in a matter of days. Her brand is very popular, however with the popularity of her name in the media, her sales skyrocketed.

“I’ve seen their relationship mostly being reposted on Instagram and TikTok,” sophomore Lauren Beaber said. “People take evidence, like pictures of the two together and figure out time stamps and connections in that way.”

Social media apps have been blowing up with theories and takes on the new and most popular couple in Hollywood. On TikTok, creators like @pattypopculture have taken videos and interviews of Kardashian and Davidson talking about the relationship and assessed it based on facts and theories. The comment sections don’t hold back their thoughts either. Arguments about how it seems ingenuine continue to circulate.

“At the end of the day, you have to look at what’s real,” senior Elle Moore said. “Publicity stunts happen all the time, PR companies realize their client is losing attention and team up with other celebrities to bring the media to their name, whether it is good or bad press.”

Is Hannah Montana making a comeback?