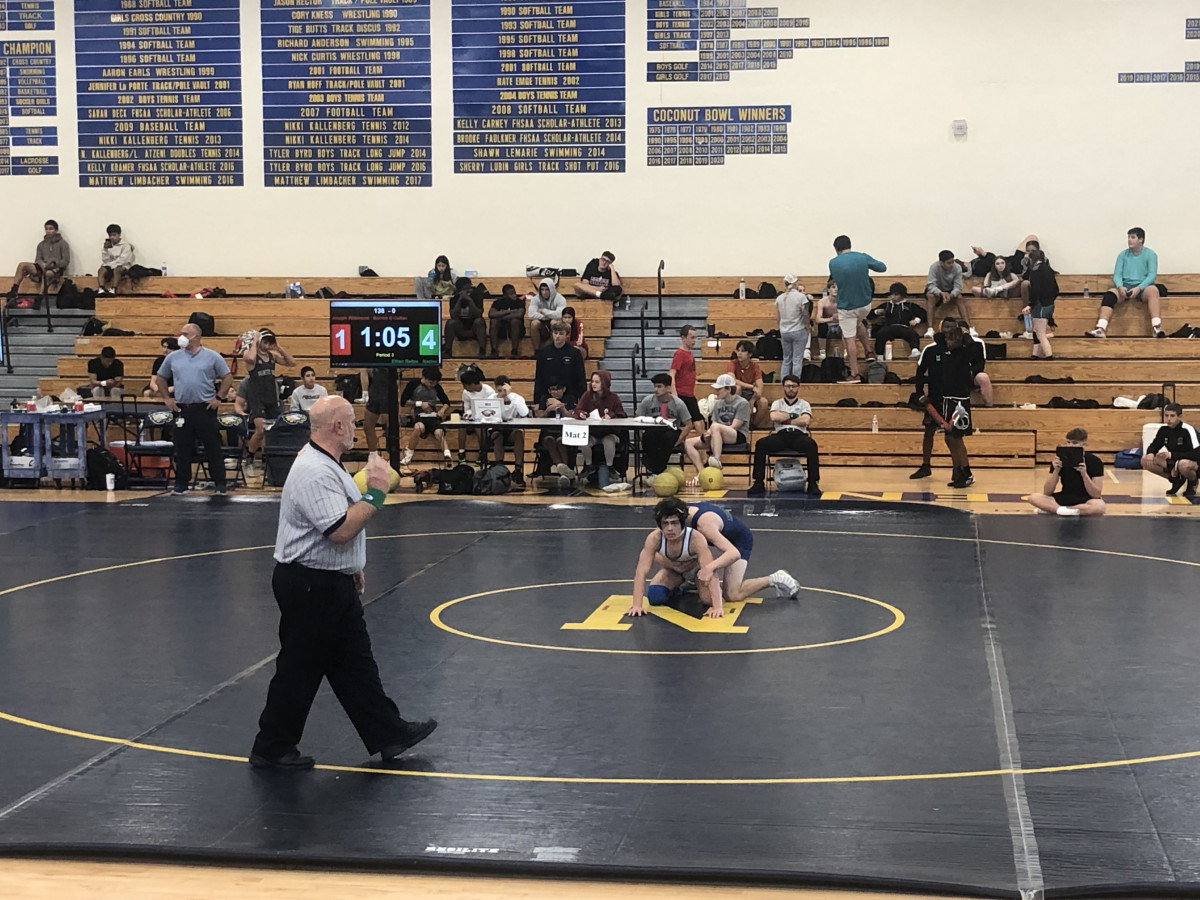 After placing second in a district meet, the Naples High School varsity wrestling team has had the opportunity to compete in the Florida High School Athletic Association regional competition. Head Coach Luke Garcia strategically planned out districts in order to secure the team’s win.

“The more experienced wrestlers would have to pin to get all six possible points,” Garcia said. “The less experienced would need to pull out a couple wins or fight to only give the opponent three team points.”

The success at the district competition initially came as a shock to both junior Declan Finucan and freshman Giovanni Aragon, members of the NHS varsity wrestling team. Aragon stated that he did not know what to expect considering it being his first year as a varsity wrestler. The unexpected outcome was celebrated in a small gathering.

“We didn’t really do anything huge, but we got together and congratulated all of us for working hard to get to where we are now,” Aragon said.

Despite the victory at the district-level matches, training did not come to a conclusion. In order to prepare for the FHSAA regional meet, Garcia explained that working out in the weight room and analyzing footage served as ways to improve wrestlers’ technique and strength. However, a few adjustments had to be made to the typical workout regimen to cater to the needs of the varsity players.

“The only thing that changes is that we backoff of live wrestling to let their bodies recover and be ready for match day,” Garcia said.

The training and preparation for matches has not only impacted the varsity wrestling team’s physical strength but has also strengthened the team’s relationship. Finucan believes that the players’ close bond has contributed to the success of the Golden Eagle varsity wrestling team. Even with the uneasiness throughout the district dual meet, the wrestlers were able to earn a spot at the FHSAA regional competition.

“I would not trade them [my teammates] for the world,” Finucan said. “For us to all have the opportunity to compete at a regional level was a thought that outright blew my mind.”