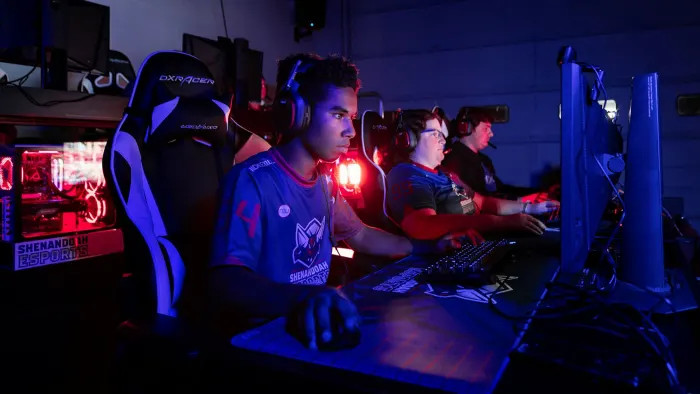 In the last two decades, there has been an increase in the use of technology in almost every field, and traditional sports do not escape this trend. More specifically, eSports, or competitive video games, have become more relevant. They are played exactly like normal sports: they have teams, leagues and trainers, and they fill stadiums of people just to watch them.

Not all video games have competitions, such as League of Legends, Fortnite, Call of Duty, Smash Bros and many others. There are several leagues and divisions for some of them, including high school and college leagues. In Florida, some high schools have team games such as Rocket League and Valorant.

However, many people refuse to consider video games a sport because of the lack of physical exercise.

“You could consider this thing a club, like the chess club, but I don’t think it’s like a sport,” senior and football player Levi Mootispaw said.

Despite this, others believe that ambition for improvement is the value that could make something a sport.

“I don’t think exercise is what determines if something is a sport,” freshman and passionate gamer Richard Anon said. “The sport values and traditions are being kept.”

From a viewer’s point of view, one can enjoy eSports as much as any other sports competition.  They only need to understand the video game they are playing and they can get almost the same experience. This usually draws the attention of more young people that tend to be familiarized with them.

“I’ve already heard about them. I don’t think they are like real sports, but I think students can enjoy it more than I do,” Francis Palowitz, former English teacher, said. “Those things are more modern and more youth-oriented.”

Why the Brandi Levy cheerleader case could have a large impact...