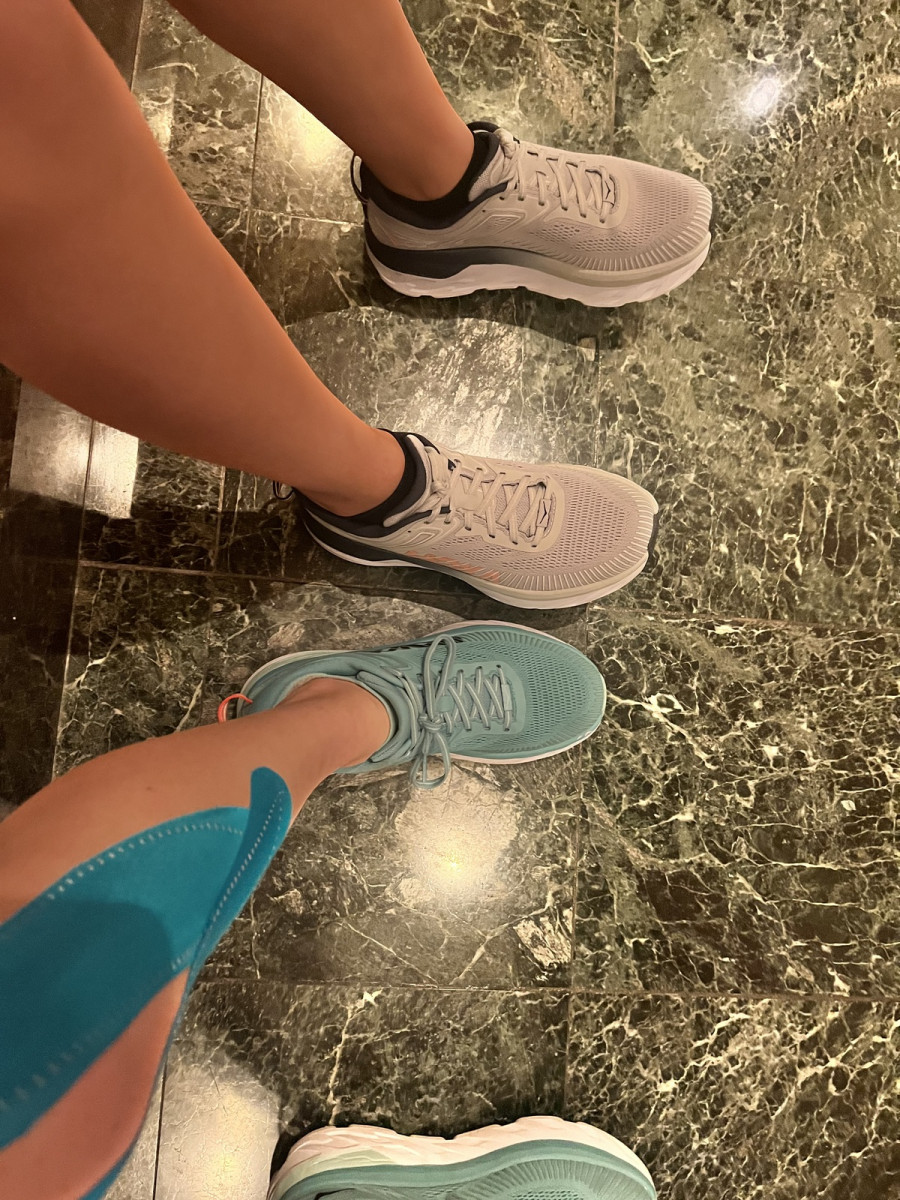 With many runners training for this event, and some just spontaneously deciding to participate, the event was packed.

“Running this 10k was a spontaneous decision. No preparation or training went into this race. Actually, this race was intended as a motivational run to get back into training mode,” runner Stefan Loeffler said.

Loeffler decided to go out and run this race with very little training and still managed to get close to an hour with a strong 9:44 mile average for 6.2 miles. Loeffler says that his decision to participate in this race was affected by his only child.

“The biggest factor in joining this 10k was my daughter who mentioned running this race after being injured for almost two years. This was the first run she participated in and I would not have missed being there and supporting her,” Loeffler said.

Watching his daughter cross the finish line brought a smile to his face and he was filled with pride. While some people did this on a spontaneous note, others did not.

Kathrine Spivey, 14 year old race competitor, said she has been training for this race for the past eight weeks. She has done a series of strengthening exercises, long runs, hard and easy run workouts and cross training.

Running a little over six miles is no easy task. It requires training, persistence and dedication. There are a variety of different workouts runners should be doing to train such as easy or slow days, hard days, long runs, tempo runs and the typical cross training day. Runners usually have some sort of inspiration, because without it, the sport is ultimately not as enjoyable.

“In middle school, the cross country and track coaches, Coach Loux and Coach Moomaw, were avid runners and pushed their teams to be the best they could be. They both inspired me significantly, and always believed in me,” Spivey said.

Because of her close relationships with Loux and Moomaw, she was able to become a strong and fast runner. However, her love for running died down when Covid-19 hit in her eighth grade year and she stopped training for a while.

Spivey said that Moomaw contacted her a few months before the race and asked if she and some people would sign up.

This is when her desire to run came back. She ran this 10k with her friend, and they ended up beating their goal time by about five minutes. Now, Spivey is determined to create a new training regimen and get back to competing and being on the podium.

David Kapfer said that he hasn’t been running either, and like Loeffler, running this race was a spontaneous decision.

Kapfer was an avid runner, running marathons and half marathons for a good portion of his life. Recently he was lacking the motivation to go for runs and train, but this all changed after the Run for the Music 10k when he beat his goal time by about seven minutes.

“Running is a great way for me to relieve stress after a tough day. Running has made me so much more confident in myself,” Kapfer said. “Running is a mental game, and now my mind has become stronger and I believe in myself more than I did before I became a runner.”

A garage sale during the pandemic

Tips For The Beginning Of The Third Quarter