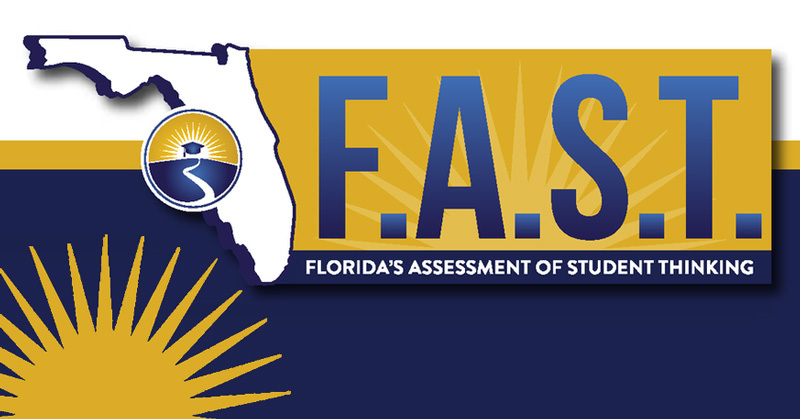 Governor Ron DeSantis announced the removal of the FSA for the upcoming 2022-2023 academic school year in March.

There will be a progress monitoring system in place of the FSA, which will test students three times a year and be enforced for grades 3-8 (math) and 3-10 (English Language Arts).

In total, there will be six statewide assessments, not including the additional classes that require exams like biology, civics, etc.

The progress monitoring system, hypothesized to be called the Florida Assessment Student Thinking (FAST), was created to be shorter and more specialized for students in hopes of receiving a better judgment on the results. The bill will be released on July 1 and is expected to be implemented for the next few years.

“It’d be shorter, it would be more individualized and it would provide good feedback for students, for teachers and for parents,” DeSantis said during a conference in St. Petersburg.

Due to the previous removal of the FCAT and the creation of the FSA soon after, many are skeptical that FAST will be no different. Many teachers and the Florida Education Association (FEA) feel that FAST will not make any changes and will fail to avoid an end-of-the-year test.

The FEA became public about the situation online saying, “Because this bill deals with progress monitoring from pre-kindergarten through tenth grade, it requires even four-year old children to sit in front of a computer screen and take a state-wide standardized test. This is not what DeSantis promised, and most importantly it is not what is best for Florida’s students.”

Students’ opinions are often shut out from debates regarding the education that they are receiving, even though it is their future on the line.

“One test can make or break your high school future,” freshman Hannah Finman said. “You prepare the whole year for just one test. It should be that you prepare for your grade to be the best [instead of] depending on one test that’s at the end of the year.”

There is still a lack of information provided about FAST, and as the release date of the bill quickly approaches, teachers are becoming worried about preparing their students for the upcoming year.

“If a test is going to be used as a progress monitoring test, it needs to be the same exact test administered in the beginning, in the middle and then at the end of the subject,” geometry teacher Lisa Stanfill said. “Next year’s test is supposed be administered three times within the year. How that ends up is still to be determined.”