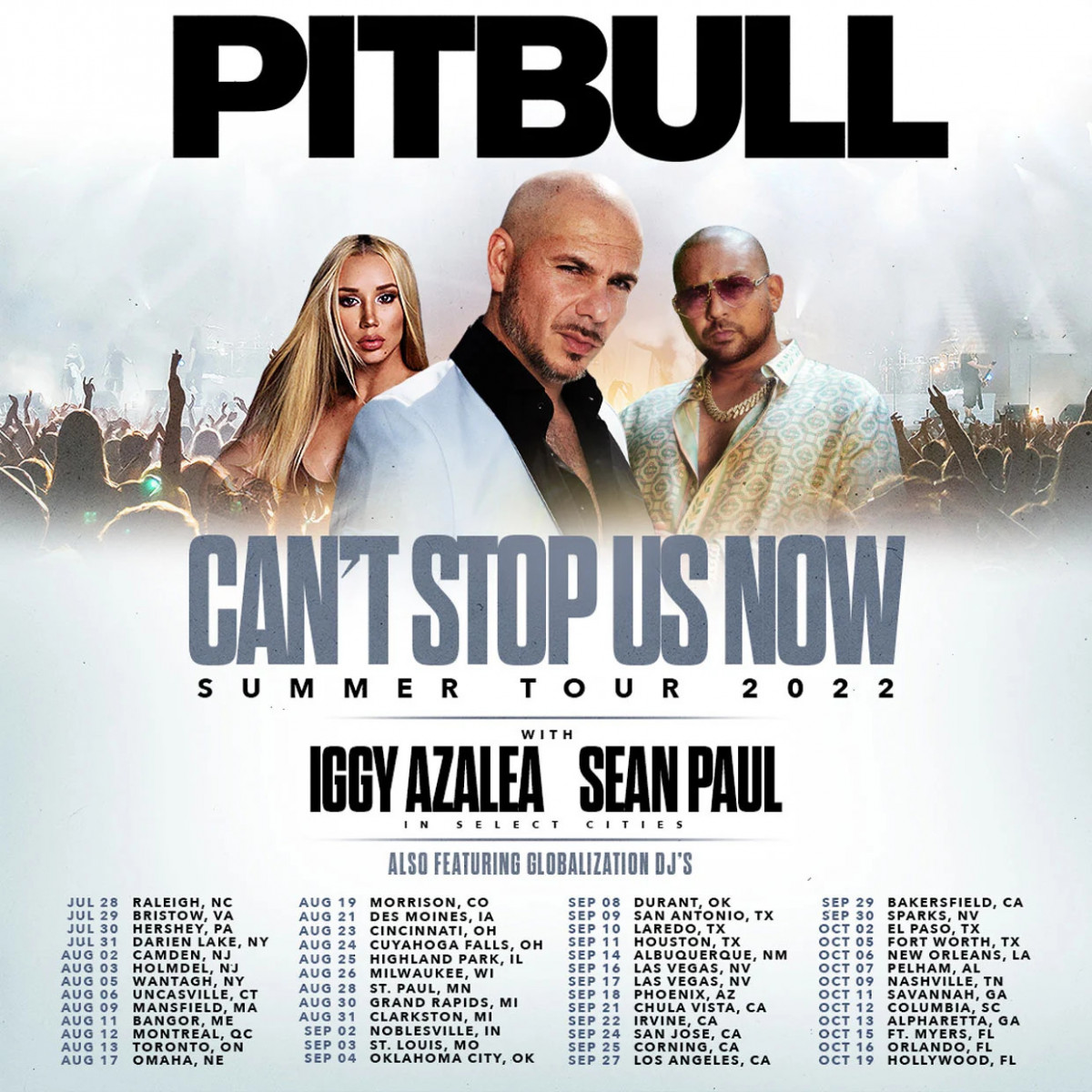 Popular rap and hip-hop artist Pitbull has recently announced his upcoming “Can’t Stop Us Now” tour. He will be performing at two Florida locations, Orlando and the local Hertz Arena in Fort Myers, on Oct 15.

The “Can’t Stop Us Now” tour starts July 28 in Raleigh and continues into October, hitting cities like Toronto, Las Vegas, Nashville and many others. Pitbull also revealed that he would be performing with artists Sean Paul and Iggy Azalea. Fans around the world have expressed how excited they are to see Mr. Worldwide and these artists perform.

Local fans have been particularly enthusiastic about the concert announcement, especially since the artists are coming close to Naples. Most of the time when an artist announces they are coming to a Florida location while on tour, they usually only perform at one of the more popular cities like Orlando or Miami, Mr. 305’s hometown.

“I recently found out about the upcoming concert dates and honestly I’m really considering going,” freshman Monzerrat Cortes-Loyola said. “I’m a huge fan of Pitbull, I would listen to him frequently growing up.”

Pitbull is known for having fans of all ages and cultures around the world, hence the reason why he and his fans refer to him as ‘Mr. Worldwide.’ However, in more recent years, Pitbull has seemed to become a more popular artist towards teens and young adults, since they seem to be the audience that grew up listening to hits like “Hotel Room Service” (released in 2009) and “Fireball” (released in 2014). Even though both Pitbull and Iggy have become more popular amongst young people, that doesn’t mean that they aren’t popular among older crowds as well. It all mainly depends on the person’s music taste and the activity they are doing while listening to the song.

“Music taste depends on the person and the activities during which they’re listening to as well,” Naples High mom Mandi Amell said. “Pitbull’s “Fireball” might be an appropriate song when going out to “the club.” Whereas Iggy’s “Black Widow” might be someone’s choice while dealing with a break up. It just depends on the mood, I suppose.”

Considering Pitbull’s rise in popularity, this concert will most likely sell out soon, especially from looking at how many tickets have already been sold. Even if many fans on campus haven’t confirmed whether or not they are attending the concert, they are still excited about the potential.

“I might be going, but it’s not planned,” freshman Hailey Collins said. “My parents are thinking about it, but we aren’t sure due to summer plans.”

Here’s Pi in your eye