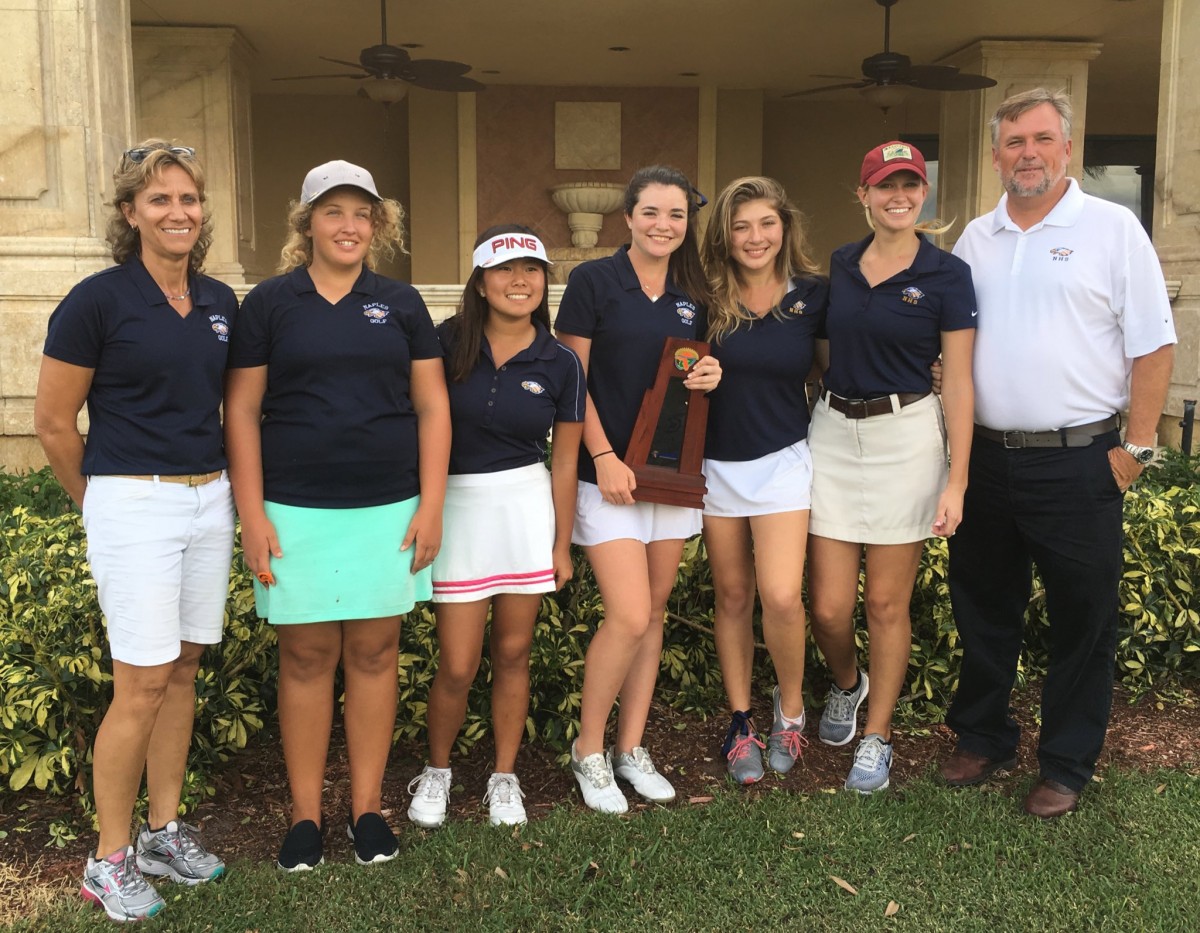 The Naples High School girls’ varsity golf team not only took home their district title last week, but their regional trophy as well.

The Golden Eagles took the green at the Vineyards Country Club last Monday where Annika Church, transfer Junior from Barron Collier, led the team during districts with a staggering score of 70.

The girls were especially proud since they defeated Barron, one of their biggest competitors.

Once the district win was secure, the Eagles set their eyes on the regional title, which they obtained after a battle against Lemon Bay and Estero.

Again, Annika Church led the Eagles with another noteable score of 76, which placed her in the runner-up spot and her team in first. Estero and Lemon Bay followed up behind by 20 strokes.

The Golden Eagles will travel to Lake County Florida, where they will take the green once more in the Class 2A state championship on Oct. 30-33.

Varsity basketball has a new face